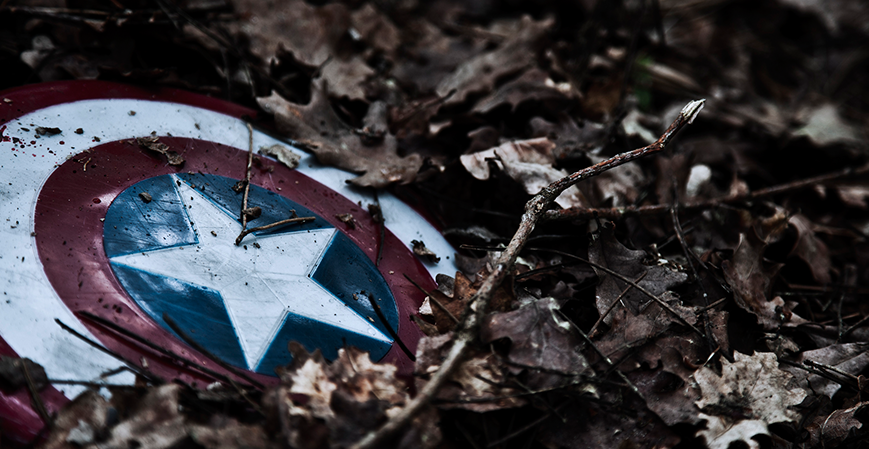 Have you seen Captain America: Civil War yet? I never miss a chance to see Captain America and Iron Man together in one place – that’s the stuff dreams are made of! But it got me thinking, what about the real heroes in our lives? There are over one million active duty members of the U.S. military in places around the world today, as well as 22 million veterans of the armed forces. These brave men and women have done and are doing more than Captain America ever could have dreamed. They may not have the indestructible shield or the super serum to turn them into super soldiers to thwart Nazis, but they go out and put their very real and very mortal lives on the line for America every day. Real life ain’t a comic book. Or a movie.

It seems to me that maybe Captain America may not have been rejected when he tried to join the Army in the first place if he had the chiropractic care offered to every soldier through the Veteran’s Administration today!

Steven Rogers, the real name of Captain America -- although I call him Steve -- was told to forget about it when he wanted to sign himself up to fight against the Nazis back in the 1940s. He actually had to volunteer for a radical, super-secret project that could have turned out less than stellar for this superhero. It worked out for him, but he could have gotten more done if he had just visited his chiropractor in the first place.

Steve Rogers was rejected due to a frail body. When he became Captain America he was given superior strength, stamina, and agility. Guess what can help you to develop those things naturally without some crazy serum? If you guessed chiropractic then you deserve a red, white and blue bodysuit!

Chiropractic Benefits for the Military

Today, soldiers are provided chiropractic care to help their bodies cope with the rigors of military life. When was the last time you had to carry a 100-pound backpack? For even the fittest soldier the stresses placed on the body in the field is a recipe for injuries – and this is exactly why military personnel are seven times more likely to take advantage of chiropractic services than their civilian counterparts, according to the American Chiropractic Association.

To reach peak physical condition, soldiers use chiropractic care to help their bodies function at their most optimal level. When the spine is aligned properly, it allows the body to function and heal as it was meant to, without impediment and at its best.

You can’t tell me that even with his super-soldier status Captain America doesn’t get stressed -- I think it’s pretty evident in Civil War that this guy has a few issues. I wish someone would tell him that even for someone who is basically indestructible, stress is unhealthy and that chiropractic care would help him. Today’s modern soldiers depend on chiropractic care to help them not only deal with physical challenges but mental challenges as well.

Did you know one of the side-effects of stressful situations and emotional upheaval is chronic pain? That’s right, your emotions can be so heightened by stress that it causes physical pain. Many soldiers struggle with this and the traditional therapies that include prescription painkillers are only masking the problem by failing to treat the source of the pain – and perhaps creating a new one.

Chiropractic care uses gentle and natural techniques to help soldiers deal with stress more effectively. This, in turn, helps them to feel better mentally and physically – even helping them to decrease or avoid chronic pain issues. Or as Captain America, Sharon Carter, Bucky Barnes or Hawkeye might say – avenge that pain!

Throughout history, Americans owe a lot to the brave men and women who have served their country in the military. They keep us safe in ways we don’t even know about, and put their lives, their health, and their wellness on the line to do so. Chiropractic is just a small way that we can repay these super soldiers for all they’ve given us!

They’re all Captain America to me!