When in Jeopardy, Turn to Oxygen 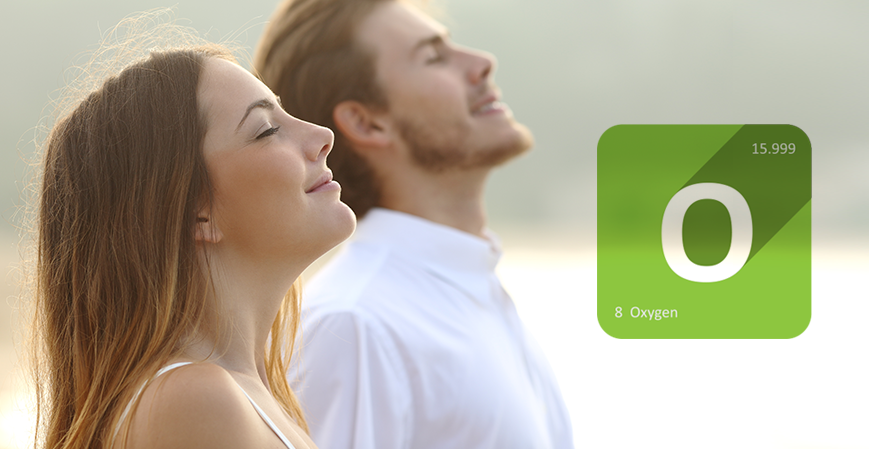 Oxygen. You can’t live without it! I know, that’s a super cheesy introduction, but it’s true. Every single thing on this planet utilizes oxygen in some way. It’s one of the building blocks of this vast universe, and when you sit down and think about it, it’s really quite amazing. I know, I know – it’s air. But that doesn’t mean it’s not awesome. Be still my nerdy heart.

Oxygen isn’t something you think about on a daily basis, but you really should! So, in an effort to bring about a little oxygen awareness and shine a light on the Elvis of the periodic table, here are a few fun facts about this essential element that you probably don’t know. There may be a test later, so pay attention! And if it’s ever a category on Jeopardy you will totally be thanking me.

The Air You Breathe Doesn’t Have That Much Oxygen

Oxygen Makes Up Two-Thirds of Your Weight

This one makes me imagine getting stuck by a pin and deflating, but that’s not really what I’m talking about at all! But you can go ahead and tell people you’re light as air, because you actually are made up of mostly oxygen!

About 60 percent of the human body is water, and water is made up of oxygen and hydrogen. Oxygen is heavier than hydrogen, which means it’s responsible for most of the weight of water – and therefore makes up most of your weight! Work that into a bar bet the next time you need a free drink.

Do you hear that music? It’s a Rocky montage!

Oxygen is a very tough element because it has a stronger atomic bond than other molecules, such as nitrogen. Oxygen molecules can remain stable under immense pressure, about 19 million times higher than the earth’s atmosphere. It would absolutely kick that Russian boxer’s butt from Rocky 4. Ivan Drago would never see it coming because, you know, oxygen is not only tough, it’s invisible.

Oxygen Must Be Replenished

When you breathe in oxygen your body releases carbon dioxide. This means that you use the oxygen so it must be replenished by something -- and that would be the plants and trees. Plants and trees have developed a need for carbon dioxide, so they take in the carbon dioxide and then emit oxygen as their waste product -- pretty handy! That is why taking care of the forests of the earth is so important to the health and well-being of the human race.

You’ve probably seen the warning on oxygen tanks to keep them away from flame, and heard a story about someone’s crazy Uncle Joe who was on oxygen and blew himself up because he was smoking with his oxygen on, but oxygen itself isn’t flammable – it won’t burn at any temperature, actually. Instead, oxygen works as an oxidizer, which means it helps to make other things more flammable – but it’s still not flammable all on its own. Uncle Joe was flammable, though.

That one will totally win you a grand prize on Jeopardy. Or that bar bet.