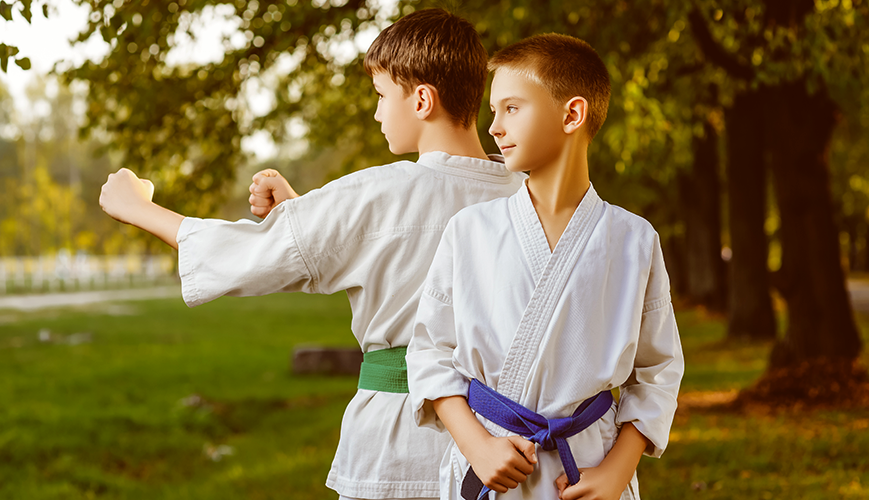 Being a teenager isn’t easy. Being an anthropomorphic teenage reptile isn’t all that easy either – but those wicked martial arts skills are certainly a bonus!

Beyond heading to the cineplex and catching up with the Teenage Mutant Ninja Turtles, kids and teens need activities to keep them busy, to help them burn off energy and also to help them build social skills, which is why so many are involved in sports and hobbies such as martial arts. Hey – it’s a great use of their time, it’s great for their growing bodies and it’s helpful if they ever encounter an evil guy named Shredder hell-bent on destroying the city in which they live. Sports and other physical activities teach important life skills.

The problem lies in the risk of injury your children open themselves up to by participating in a physical activity. Everyone gets injured at some point in their lives, but for kids it’s very important to their growing bodies to have injuries not only addressed, but steps taken to prevent them. And this is where chiropractic comes in handy!

Why Your Young Athlete Needs Chiropractic

Unless you fed your child some kind of top secret, experimental potion that turned them into a muscular mutant when they were little, then every child athlete can benefit from chiropractic care. Chiropractic can help through:

Before your little hero in a half-shell begins a new sport, take them for a chiropractic assessment, and keep going regularly to get them assessed for injury or joint dysfunctions; it will help them perform at their optimal level and help nip injury in the bud.

One of the most important things to keep in mind is your children aren’t miniature adults. They don’t have fully matured bodies. In fact, girls grow until around age 18 and boys can grow until they’re 21! An unaddressed injury or dysfunction as they’re growing could create an issue they will be saddled with for life.

Kids, especially teens, often think they are invincible. I’m not sure there’s any real way to get them to stop believing they can’t get hurt since it mysteriously seems to work out for them most of the time. But taking them to the chiropractor regularly makes more sense than making them wear an inflatable Sumo suit to keep them from getting hurt. There’s no protective shell for kids better than a parent’s care and attention.

Plus, getting them into the chiropractor under the guise of enhancing their sports performance is a great way to adjust their body properly as they go through growth spurts and to sneak in care for their posture, offset the impact of wearing heavy school bags, and head off issues surrounding text neck.

As a parent, you may not be able to offer ninjutsu training or quell your child’s voracious appetite for pizza and adventure, but you can help to steer them in the direction of things that will benefit them – like chiropractic care!

And you should really let them know that if they ever come across a secret underground lab, do not drink anything out of a vial. It probably won’t be nearly as cool as anything that happened to Leonardo, Donatello, Michelangelo and Raphael. Afterall, not everyone can be sewer heroes.