In A Word, He was the Greatest 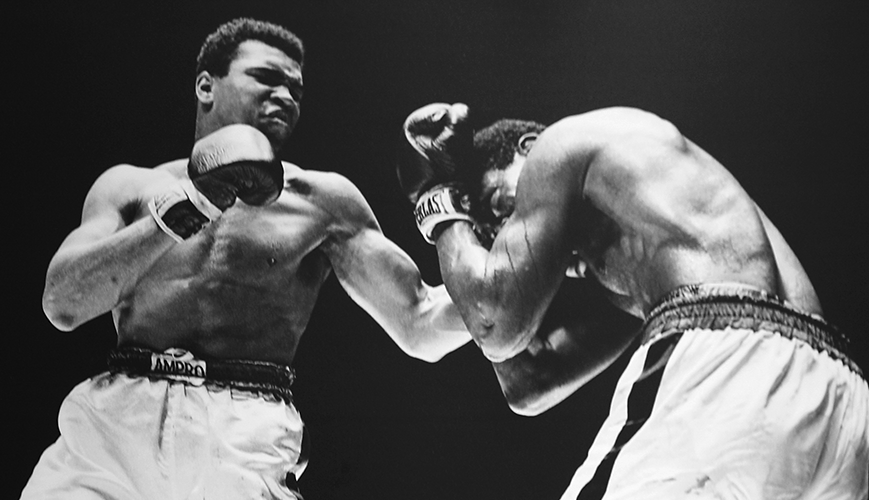 The world lost a great warrior last week when Muhammad Ali passed away. He was a three-time World Heavyweight Champion who fought men inside the ring and injustice outside of it. The sad reality is that the most difficult fight of this great champion’s life was against an opponent that couldn’t be conquered – Parkinson’s disease.

The Truth About Parkinson’s

Most people, such as Muhammad Ali and actor Michael J. Fox, are diagnosed with Parkinson’s before they turn 50. In Ali’s case, his family believes he was already experiencing symptoms during his second-to-last-fight, in which he avenged a loss to Leon Spinks seven months earlier. In fact, Ali was 56-5 in his boxing career, but lost three of his last four bouts. He lost his sense of smell, had issues with constipation and was even told by doctors in 1981 that he had a form of the disease that wouldn’t progress – but they were wrong. In 1984 he was diagnosed with Parkinson’s at the age of 42.

By the time Ali was diagnosed with Parkinson’s he had slurred speech, slowed body movements and tremors – which are usually one of the first signs of the disease. Over time the muscles stiffen and can even become locked in place, leading to other problems including depression and problems sleeping.

It seemed a great irony that Ali would be afflicted with Parkinson’s disease, of all things. The Louisville Lip peeled off rhymes and trash talk at a rapid pace, and the physical speed and quickness he displayed was unmatched in heavyweight history.

He may hold the world record for standing ovations.

Down But Not Out

One of the things that people loved about Ali was his fight, both inside the ring and out. He would often enter fights having predicted the round in which he would knock out his opponent. That confidence touched every aspect of his life, from his fight against a war that was unjust and unpopular to his fight against a disease that ultimately claimed his life. He was confident as an athlete, as a man, as a father and as a person who was living with Parkinson’s.

Muhammad Ali was also a man who reportedly believed in the benefits of chiropractic care.

There is no cure for Parkinson’s disease. Chiropractic treatment can help patients live more comfortably and may even reduce some of their symptoms, a big benefit Parkinson’s patients seek from chiropractic care.

For some patients, correction of subluxations of the spine (joint dysfunctions) that appear to interfere with the function of the central nervous system has led to improvements in Parkinson’s symptoms such as tremors. When spinal joints become dysfunctional, meaning they are restricted in movement, the rest of the body can be affected in ways you never thought possible. There’s research currently being done that has potential and appears to indicate the correction of subluxations in the neck can offer some relief of symptoms to Parkinson’s patients.

At the end of the day, Parkinson’s is a battle in which every person afflicted will ultimately lose. I would venture to guess it’s probably one of the only things that could ever truly defeat Muhammad Ali – but I don’t think it defeated him, either. Remember him rising above the stadium at the Atlanta Summer Games to light the Olympic flame? The Parkinson’s was apparent, but he stood before an audience of millions and faced it head on, hands shaking, body trembling. In that moment, he was taking the fight to Parkinson’s, not the other way around. It was poignant and thrilling, another triumph of the spirit.

Ali’s story is about so much more than just boxing or Parkinson’s disease, it’s the story of a man who fought an inspired battle that has motivated a whole new generation of people to look for an impossible cure for a devastating disease.

Unlike Muhammad Ali, who was something.

A Guide to Strengthening your Immune System

By Dr. Molly Casey Your immune system is your own personal army. It fights off attacks to your body. …

In a Pandemic, What Should You Expect at Your Visit to The Joint

By Martin Henderson During these days of self-isolation, and increased awareness of health and hygiene, …

How To: Steps to Protect Others From Coronavirus

By Sara Butler The coronavirus pandemic is a frightening thing. If you have a family, then no doubt …