Even Billionaires Get the Blues: Why Donald Trump Needs Chiropractic 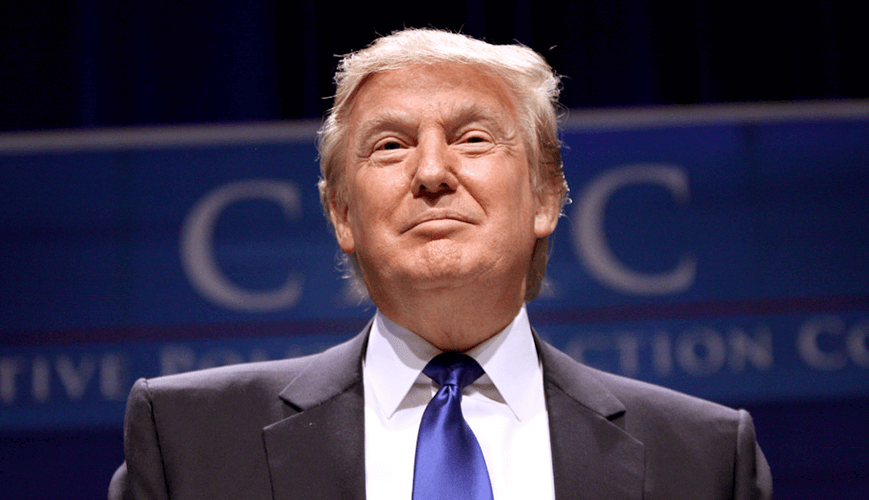 It’s an election year, and I don’t know about you, but we hadn’t even made it to the party conventions yet -- although that changes this week -- and I was stressed out: Who you’re willing to entrust with guiding America the next four years is a big deal, and your vote is an important responsibility. But I’m not even running, I’m just trying to decide between the first woman or the first reality star as President. You hear great stuff about candidates and then you hear stuff that makes it seem like the very fabric of America would tear if they became leader of the free world. I imagine if my stress is high, theirs is too.

Money is something that causes stress for a lot of people. Donald Trump has proven that money doesn’t eliminate stress. In fact, it can be a source of stress. I personally wouldn’t mind the stress that comes along with having a metric butt ton of money, but that’s one source of stress I will most likely never have to worry about. A girl can dream, though.

Things aren’t looking so great for Trump as far as campaign finances go. The stress and strain of this may cause him to lose even more hair off his famous coiffe. I see him on the news turning an interesting shade of purple and all I can think is, “Someone call that man a chiropractor! And a stylist!”

Stress is something our bodies are prepared to handle. In fact, we’ve got a handy little stress response built right into our nervous system. Stress starts in your mind, but it quickly has a physical impact. It’s how humans survived throughout time – hear a strange sound and assume it’s a giant animal trying to kill you – fight or flight! There’s probably not a whole lot of natural predators in your environment (your least favorite co-worker doesn’t count), but the stress response your body goes through is still the same.

So, what happens when you’re stressed? When your mind senses an environmental or physical stress, your body reacts by triggering a release of stress hormones, and those hormones then start the ball rolling on the rest of the physical symptoms you may experience. Your heart rate and breathing increase in order to pump more oxygenated blood to your muscles in case you need to flee. The problem lies in the fact that this response is really overkill. Instead of a saber-tooth tiger lurking in the bushes to make you his next meal, you’re stuck in traffic on the way home -- not exactly the same level of stress, but it doesn’t matter to your body because the response is the same.

The Problem with Chronic Stress

There are several long-term effects of chronic stress on your body that are simply bad for your health. If your body is constantly flooded with stress hormones, then you may experience psychological difficulties such as anxiety, addiction or depression. You’re unable to think clearly. Imagine, if Trump had been more clear-headed, he might have fired campaign manager Corey Lewandowski sooner, and perhaps all this campaign finance kerfuffle could have been avoided. That’s the importance of a good adjustment.

Chronic stress has other negative effects on your health. It has been found to contribute to obesity, heart disease, high blood pressure, and even digestive issues. It’s not a pretty picture and everyone needs to find ways to put an end to chronic stress in their lives.

How Chiropractic Can Help

You may be wondering how stress can be treated by a chiropractor -- don’t they just crack your back and neck? C’mon, you should know by now that chiropractors treat your central nervous system through adjustments to the spine. And which body system is responsible for your stress response? If you guessed the central nervous system then ding, ding, ding: You’re a winner!

Exercise is also a great way to reduce stress, but I have yet to see any photo ops of Donald Trump taking a jog flanked by the secret service, so maybe he should get on that.

My one piece of advice to the Donald is this: Get yourself some chiropractic care before you become a spontaneous human combustion statistic. Plus, it’ll really help your neck and spine to support the weight of all that hairspray.

What You Need to Know About Reentering the New Normal

By Dr. Molly Casey The world is starting to stir and take life again after quarantine. Different states …

What You Need to Know About Starting an Online Business

How to Read Your Skin and Understand Its Health Impact

By Dr. Molly Casey There are so many topics in health and wellness to go over. It can often feel like …

Should You Go to a Chiropractor? Here's Why I Chose The Joint Chiropractic

Original article published by Living by Lex, June 26, 2020 on LivingByLex.com Two weeks ago, I had never …

12 Health Stats You Absolutely Should Know About Yourself

Original article published by AJC, June 12, 2020 on AJC.com By Kiersten Willis If you’re looking to …