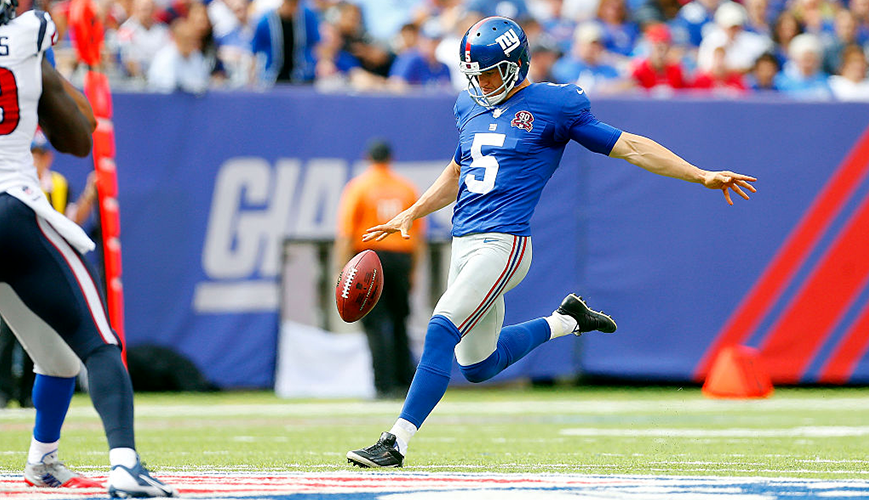 It’s the holiday season, which means it’s time for caroling, warm cocoa, and football! Football is one of the best things about the holiday season because it allows you to spend time with your family without actually speaking about anything important such as your dating life (or lack thereof), politics (does this mean “The Apprentice” is canceled?), or when exactly you plan on graduating college (5 years is the new 4, OK?). Yes indeed, football is more than just a contest of physical fitness and cunning, it’s the savior of people at family get-togethers across the country.

But what does football have to do with you and your health? More than you may think! Steve Weatherford, who won a Super Bowl as a punter with the New York Giants, recently singled out chiropractic care as the reason he was able to retire from the National Football League after 10 seasons without ever missing a game due to injury. That’s pretty rare since football is a physical game that demands a lot of its players (yes – even the punter). Notably, he began seeing a chiropractor at age 14 after hurting his back while working out with weights as a freshman in Terre Haute, Indiana (he was a punter, kicker and safety on the football team, but also played soccer and ran track). Now 33 (he’ll be 34 on December 17) and once described by Muscle & Fitness magazine as “the NFL’s fittest man,” Weatherford has been using a chiropractor on a weekly basis dating to his teen years.

So, how did chiropractic care help him and what does that have to do with you? The ways just might surprise you!

The NFL has been served by the Professional Football Chiropractic Society for about 15 years. Every team in the league has chiropractors on staff to serve the players. According to their numbers, over the course of one football season, they can give up to 27,000 adjustments! That’s a lot of aligning!

What do players get out of it? Because there’s physical contact on every play of the game, football players are always at risk for injury. If their bodies aren’t balanced and in alignment, they are more susceptible to potential injury on every play. If players want to lessen the chances of serious injury as the result of a compressed neck or spine, then they need to get regular adjustments from the team chiropractor.

Chiropractic care has a ton of benefits for football players, but those benefits translate to everyone! You may never be the fittest man in the NFL, but you should be the fittest you can be in the game of life.