Beyond the Buns: A Tribute to Carrie Fisher 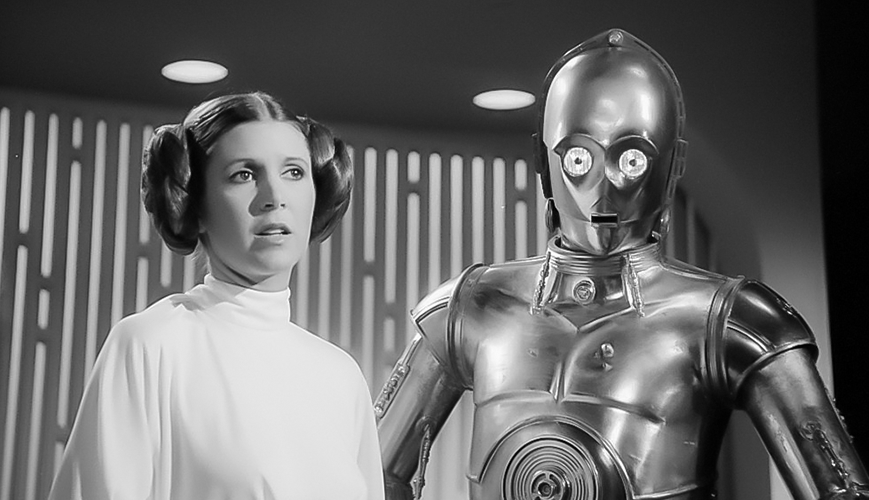 Like many people, the first time I remember seeing Carrie Fisher was in her most famous role as Princess Leia in the Star Wars franchise. As many now know, she was more than just the gun-toting, bunned-out daughter of Darth Vader, where she emerged as a strong role model for girls who aspired to shoot lasers with the big boys.

Carrie had a voice -- a loud, funny, at times self-deprecating and very self-aware voice. She lived a life full of trials and tribulations; she made some bad choices, had rocky relationships, and struggled with mental illness and addiction. Through all that, she never lost her voice, and in doing so became a messenger for millions who don’t always feel they have a voice.

Postcards from the Edge

To say that Carrie led a complicated life would be an understatement. The child of two parents who were stars in their own right, she was born into the limelight. She struggled with addiction, and she struggled with mental illness, too. Carrie was not shy about her bipolar disorder -- and I think it’s incredibly awesome that this is a well-known fact about her and that, despite her fame, she didn’t hide it.

Mental illness is an invisible disease. You don’t see the signs of it etched into someone’s face or see physical signs as you would some other types of disease. It’s estimated more than 57 million Americans over the age of 18 suffer from some type of mental disorder, and about 5.7 million of those people suffer from bipolar disorder. Would you have guessed mental illness to impact the lives of so many people? If you answered yes, Carrie Fisher had something to do with it.

A tireless advocate for people with mental illness, Carrie wanted people to have a better understanding of it so that it had less of a stigma for its sufferers. She was committed to bringing discussions of mental illness to light when she was living, and her message will undoubtedly continue despite her death.

We lost Carrie to a heart attack. I think if something good has to come from such a sudden and sad loss, it’s that people are becoming more aware of the dangers of heart disease. According to the Centers for Disease Control and Prevention, heart disease is the No. 1 killer of Caucasian and African-American women in the United States, and the No. 1 killer of men from all ethnic backgrounds in the United States. That’s staggering! One of every 4 deaths in the U.S. is caused by heart disease.

If you want to pay tribute to Carrie Fisher because you admired her perseverance, loved her in that metal bikini, or just plain thought she was hilarious (which she undoubtedly was) as she poked fun at Hollywood and herself, then you should do that by taking better care of yourself and your ticker. You can do that by:

As Carrie is laid to rest along with her mother, Debbie Reynolds, it’s a sad goodbye for many. It’s a reminder of our own mortality, a reminder that happiness and life are fleeting and can be over in the blink of an eye. Carrie was a bright, brilliant, brash, beguiling light that will not fade. I know for certain she will live on in the hearts and minds of those who were lucky enough to know her, and through all of us who admired her work, her honesty, her spirit, her wit, her confidence, and her style.

So, Carrie -- we love you. And we know you know. May the force be with you.

What You Need to Know: National Autism Awareness Month

What You Need to Know About the Immune System

By Dr. Molly Casey Have you wondered, especially with the health crisis at hand, how and why we get …

Chiropractic: An Easy Solution to Radiculopathy

By Dr. Molly Casey It is common in the medical and health world to have terms that sound confusing, …