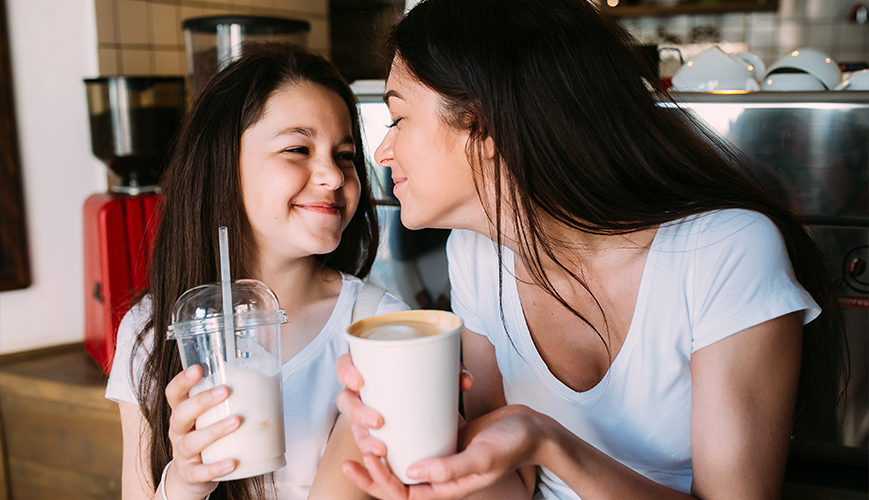 Famous mime Marcel Marceau referred to his craft as “the art of silence.” That’s not unlike the skills involved in parenting -- without saying a word you’re always onstage and your little “audience members” are mirroring your movements.

Most parents know it would be cavalier to treat the weighty responsibility of role modeling like it was a form of entertainment, similar to Marceau’s stage persona as “Bip the Clown,” for example. What many people may not consider is the seriousness of the health habits they’re handing down.

"Parents model for their kids what to eat and what to do," says Jerica Berge, a clinical family researcher at the University of Minnesota. “It's the idea that usually kids imitate, copy, parents, and it's a concern to us. It can mean negative things for their health, as well as their kids."

A study of the health habits of parents led by Berge was cited in an article titled “Parenting Runs Risk of Unhealthy Habits” by Joe Brownstein on LiveScience.com. Berge and her team studied 1,500 ethnically and economically diverse young adults and measured the effect of parenthood on their diets, their levels of physical activity, and their body mass index (or BMI). Over a span of 10 years, the subjects were surveyed three times. Results showed that young parents -- both men and women -- were less physically active, and mothers had a higher BMI and consumed more sugary beverages than women without children.

"Parents get so busy taking care of their kids, they don't take care of themselves as much," said Keith-Thomas Ayoob, an associate professor of pediatrics at the Albert Einstein College of Medicine in New York, who was not involved with the research. "Parents are exhausted from the whole process and they don't bother to exercise, which is real unfortunate … (but) they're role models, whether they like it or not. We need parents to understand they need to be good role models."

That belief is shared by behavioral pediatricians across the country. In fact, babies begin mimicry at birth, says Howard Klein, M.D., director of behavioral pediatrics at Sinai Hospital, in Baltimore. "Parents of toddlers are under constant observation," Dr. Klein says. "During this critical developmental period, it's important to model your best behavior."

The report came from Emma Derbyshire of the non-profit Natural Hydration Council in the U.K.

“Clearly children emulate their parents,” Derbyshire says. “With water, children were only drinking about three cups a day when they should be drinking between five and eight glasses. … The thing is [for parents] not just to tell children to drink water, but to do it themselves and ideally be seen to enjoy it.”

The same goes for promoting healthy actions such as regular chiropractic visits. When parents seek treatment for pain relief or preventative care, children see it as more than a random act. By gaining a familiarity with the process and witnessing the benefits to their parents’ health and well-being, kids are more likely to adopt the practice as a lifestyle choice. Trips to the chiropractor may have more impact than other habits because, at times when kids are in tow, it makes them a part of the process.

Though a healthy lifestyle is a subject for serious consideration, clowning around with the kids can certainly fit the prescription for a healthy family. Consider adding to that a commitment to positively influence your children’s habits by modeling good choices, because your role as a mime is a terrible thing to waste.