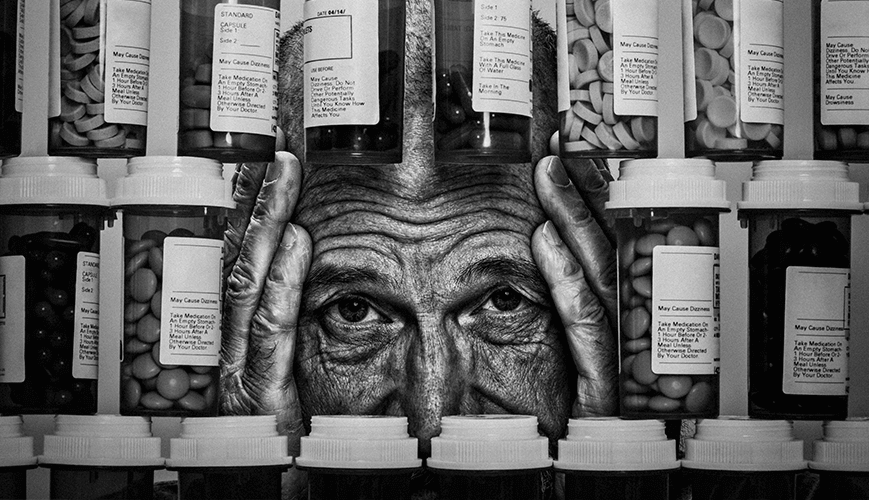 They’re key players in organized crime, disguised as conventional and accepted by society. But hidden in the underbelly of the general public, they’re involved in smuggling and extortion, and they flourish despite government regulations, operating under the radar, feeding Americans’ unsatisfied thirst for numbing their pain.

Paradoxes abound when it comes to the criminal activity associated with fentanyl use in America today. For instance, the drug isn’t exactly disseminated in the playful setting of a speakeasy, but through dealers and the internet, or “darknet,” a shadowy online system for making illegal purchases. At the same time, it’s also hidden in plain sight.

Fentanyl is used to manage pain for surgery patients, and even offered to women during childbirth.

An article by the AZO News-Medical Network discusses the two sides of the coin. "Fentanyl can be an important drug in helping some patients, particularly in cancer pain management, when other medications are not effective," says Dr. Philip Hemphill, chief clinical officer at Lakeview Health in Jacksonville, Fla. “Because fentanyl is approximately 40 to 50 times more potent than pharmaceutical grade heroin and often illegally purchased unknowingly by recreational users as heroin, the risk of death skyrockets. … But, because it is so powerful, it takes very little to cause an overdose, especially in the hands of a drug dealer."

According to the National Center for Health Statistics, deaths involving prescription opioids rose 16 percent in one year, from 2013-2014, totaling almost 19,000 fatalities. And deaths related to heroin use rose 28 percent, rising to 10,574 in 2014.

After overdoses from fentanyl use skyrocketed in Ohio in 2015, analysis by the Centers for Disease Control found that many were suffering from mental illnesses such as bipolar disorder or depression, and often were recently hospitalized or released from prison. The average victim was male, 38 years old, who graduated high school and had some college enrollment.

According to an ABC News report, there were fewer than 20 homicides a year in New Hampshire in 2015, but there were more than 400 fatal drug overdoses -- about 280 of those from fentanyl.

The problem seems clear, but tracing fentanyl use to its origin is challenging. Kaiser Health News says the drug is often created in labs in China, then shipped to Mexico where it is combined with heroin and disguised as prescription pills.

Like Eliot Ness’ Untouchables, the Drug Enforcement Agency has six agents in Beijing, and with China’s Ministry of Public Security is trying to shut down suppliers, says Kaiser Health. In 2015, the Chinese agency identified 116 illegal chemicals similar to fentanyl in molecular structure.

Those who produce the drug keep creating different versions, making it tougher to defeat. “Once we control a substance, whether here in the U.S. or in China, for example, the drug manufacturers simply change a molecule, tweak a molecule, in an attempt to circumvent the law,” says DEA spokesperson Russ Baer.

A Non-Addictive Answer to Pain

A more obvious answer to drug overuse is to find alternatives to handle pain. Last year, the Joint Commission, a nonprofit agency responsible for accrediting health organizations, added chiropractic care to its pain management standard, says the American Chiropractic Association website. It’s only been recently that the standard included anything other than pharmacological treatment.

“In essence, a new paradigm has been created, where providers will become educated about non-pharmacologic approaches to consider, including chiropractic and acupuncture,” says Karen Erickson, DC, FACC, who sits on the board of trustees at New York College of Chiropractic. “The new standard also advises organizations, when considering the use of medications to treat pain, to weigh the benefits to the patient, as well as the potential risks of dependency, addiction and abuse of opioids.”

There’s no better way to shut down illegal trafficking than by eliminating desire and, for many, providing a non-addictive answer to pain that steers victims to opioids. So, naturally, showing patients alternatives to the gang mentality of pharmaceutical dependency is a way to do that. It’s also a way to show drug dealers who’s boss.