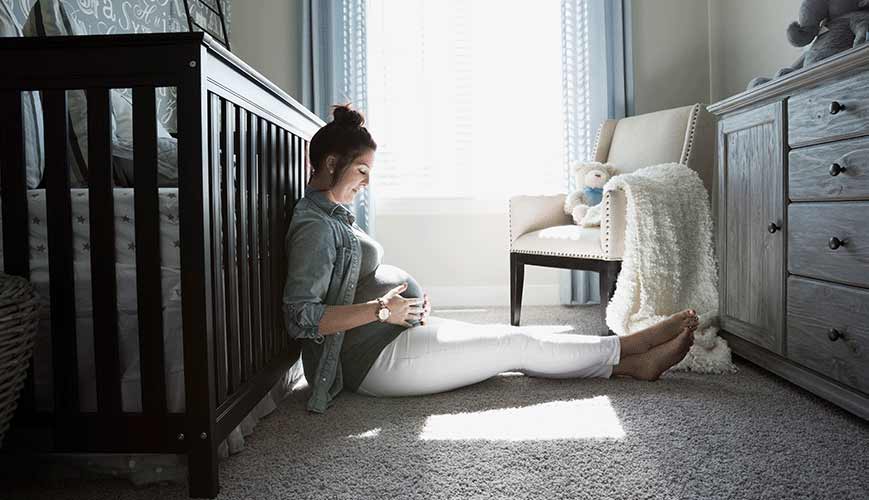 Pregnant mothers bear the weight of the world, literally, and because of that, they deserve all the support they can get. A woman goes through so many changes -- adding 25-35 pounds to her frame, among other things, which can cause a host of challenges. Recent data reveals that pregnant women who get regular chiropractic care have a better outcome during gestation and delivery.

The hormonal changes during pregnancy are significant, and if an imbalance occurs, it affects the life of both the expectant mom and her unborn child. She needs a homeostatic limbic system to keep her organs functioning at maximum capacity, which is why more and more pregnant women are turning to chiropractic care to maintain a healthy, balanced body.

It’s never more important to address misalignment or joint restrictions that can occur as weight not only increases, but shifts, which changes the mother’s center and affects balance. Chiropractic adjustments to achieve proper alignment and motion of a woman’s vertebrae can relieve months of pain caused by pressure on her nerves, plus contribute to overall wellness.

An article in the Journal of Manipulative and Physiological Therapeutics cites a study of women with pregnancy-related lumbopelvic pain, or PRLP, who received chiropractic treatment to relieve symptoms. The women in the Norwegian study reported pain intensity and gauged their improvement. Nearly three-quarters of them (73 percent) said improvement was “good” or “excellent.” And after 11 months of follow-up, the number of women rating their improvement as “good” or “excellent” went up to 85.5 percent.

An article in The Journal of the American Osteopathic Association says there are records from more than 100 years ago describing the benefits of manipulative therapy during pregnancy. It talks about various aspects of the birthing process improved by treatment, and more recent data offers specifics. A study cited in the article says that women who receive manipulative treatment have a reduction in instances of:

The Journal of the American Chiropractic Association cites a study showing a strong connection between pregnancy, labor and lower back pain. Women with back pain during pregnancy have three times the chance of experiencing “back labor” during delivery. Data from the study indicates success in the use of chiropractic manipulation during pregnancy to reduce back pain which, in turn, lowers the incidence of back labor.

There is also an apparent connection between back pain and length of labor and delivery, says the International Chiropractic Pediatric Association. Research shows that first-time mothers have 24 percent shorter labors if they received chiropractic treatment during pregnancy. Mothers who deliver subsequent babies report a 39 percent shorter labor if they seek chiropractic care before the end of pregnancy. Researchers in a separate study found a 50 percent reduction in the need for analgesics among women who had chiropractic care during pregnancy.

Babies in breech position, or feet-first, occur in approximately 3 to 4 percent of pregnancies, according to an article on Healthline.com. Breech deliveries increase the chance that the baby will get stuck in the birth canal, which may cut off oxygen from the umbilical cord. Some birth defects are associated with breech births as well, and studies show that a breech delivery is more dangerous than a cesarean section, which is a common alternative for pregnant women carrying a malpositioned baby. Because it’s in the best interest of the mother-to-be and the baby to reverse the position, chiropractors often turn to a successful treatment called the Webster Technique.

The Journal of Manipulative and Physiological Therapeutics, or JMPT, reports that 82 percent of surveys returned by practitioners of the International Chiropractic Pediatric Association said they employ the Webster Technique. It involves sacral adjustment to align the pelvis of a mother-to-be, reducing the intrauterine constraint thought to cause poor positioning of a fetus. Not only does it balance pelvic muscles and ligaments, chiropractors found that 92 percent of the babies in breech position turned to a cephalic presentation when the Webster Technique was employed in the eighth month of pregnancy. Research shows that in the last month of pregnancy only about 9 percent of breech babies will reverse their positioning naturally.

“When successful, the Webster Technique avoids the costs and/or risks of external cephalic version, cesarean section, or vaginal trial of breech,” the JMPT article says. “In view of these findings, the Webster Technique deserves serious consideration in the health care management of expectant mothers exhibiting adverse fetal presentation.”

Research seems to support the value of treatment from a chiropractor for moms-to-be. And women who have reaped the benefits of chiropractic care during previous pregnancies are expecting more than just a healthy baby -- they’re counting on a faster, healthier delivery.

Workplace and Home Base: How Healthy Is Competition?