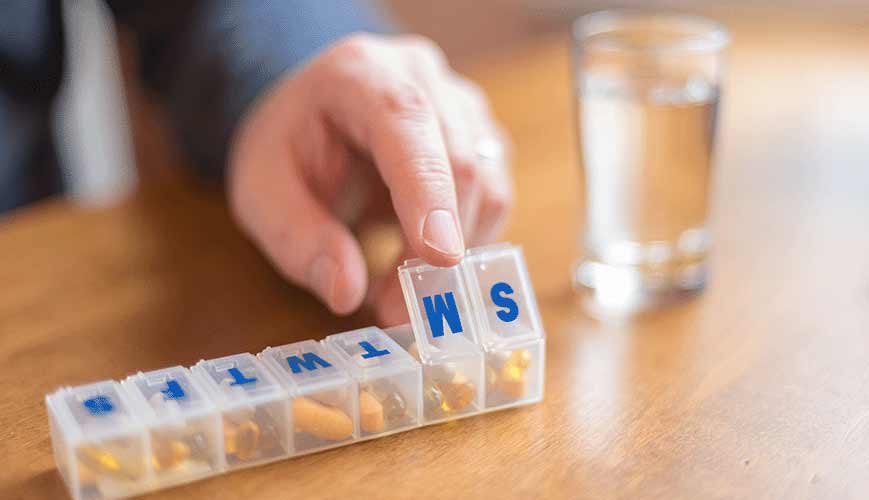 The numbers don’t lie, and they tell a terrible truth. Few trends are as apparent as the rise of opioid use and the resulting epidemic of addiction.

According to the National Institute on Drug Abuse, approximately 115 Americans die of an overdose every day. And the rates of addiction to opioids, including synthetics such as fentanyl, heroin and prescription pain medications, are alarming.

It’s more than a public health crisis -- it affects society on many levels, including a mounting economic impact. The Centers for Disease Control and Prevention says that prescription opioids alone cost Americans and business $78.5 billion a year, including healthcare expenses, loss of productivity, addiction treatment and criminal costs.

Three Waves of the Crisis

The epidemic began in the early 1990s when the rate of opioid prescriptions rose sharply, according to the National Capital Poison Center. Pharmaceutical companies assured the medical community there was no threat of addiction -- a notion that was disproved with time.

A second disastrous wave followed in 2010 when there were efforts to reduce opioid prescriptions, which made them harder to come by. Patients turned to something easier to obtain and cheaper, albeit illegal: heroin.

The rise in heroin use was an equal opportunity consequence -- for both sexes, a wide span of ages and economic levels. A full 80 percent of heroin users reported starting with prescription opioids before turning to the illegal drug, and overdose deaths by heroin rose 286 percent from 2002 to 2013.

On top of that, users were contracting such diseases as HIV/AIDS and hepatitis B and C caused by needles.

A third wave began crashing down in 2013 with a record number of deaths from synthetic opioids such as fentanyl, which rose to its highest level in 2016, with 20,000 fatalities. While most of those were caused by illicit opioid use, not medical fentanyl prescribed to replace other drugs of abuse, the seemingly innocent use of opioids has been devastating. Data from the National Institute on Drug Abuse shows the wide range of its impact, affecting millions across the country.

Sending Out an S.O.S.

Strategies are continually being laid out to respond to the opioid addiction crisis.

In a speech to the National Rx Drug Abuse and Heroin Summit in Georgia, former U.S. Secretary of Health & Human Services Thomas E. Price, MD, discussed some of the top priorities for the HHS:

The medical research agency National Institutes of Health launched the HEAL Initiative, which stands for Helping to End Addiction Long-term. The effort centers on the discovery of new methods for preventing opioid abuse, treating opioid use disorders and managing pain.

The agency is addressing overdose reversal intervention and recovery support. The NIH is conducting more research to find methods for treating the 25 million Americans suffering from chronic pain.

Efforts at the NIH to move in new directions have led to the development of a nasal form of naloxone, a nasal spray to aid in reversing opioid overdose. Remedies like this one are important, but the agency also found success in alternate treatments for pain, because the best hope for reducing the opioid epidemic is to avoid using addictive pain medications to begin with. The NIH has found evidence that non-drug and mind/body techniques such as yoga, tai chi, acupuncture, and mindfulness meditation are offering pain management relief to patients.

Among those, chiropractic care leads the way in natural, non-invasive treatment for individuals battling chronic pain from such conditions as rheumatoid arthritis, osteoarthritis, and fibromyalgia. Chiropractors’ expertise in the structure and function of the spine -- the nerve center of the body -- make chiropractic professionals a collective authority on the origin and treatment of pain.

Though some Americans turn to chiropractors after trauma, millions of individuals see them for regular well-checks to monitor their everyday spinal health. For patients suffering from chronic pain, their treatments aim to both minimize painful symptoms and gauge any changes in their condition. A positive byproduct of seeking chiropractic care is the threat of addiction is eliminated. That, in itself, may be lifesaving.

“To truly stop this crisis, we have to avoid creating dependence in the first place. And that means revisiting and rethinking the revolution in pain management that has taken place over the past several decades, which has done a great deal of good but also had devastating unintended consequences for millions of patients. There was, and still is, a pervasive sense that doctors would be judged in part based on how well patients were satisfied with the pain treatment they got -- an issue that patients were being encouraged to make a central medical concern. Sadly, this coupled with a poor appreciation of the risks of opioids, led many to prescribe them when they weren’t even needed.”

That has led us to an epidemic, one that demands action that doesn’t involve a pillbox.