Fresh Off the Grid: Fishing for Advice to Avoid Injury 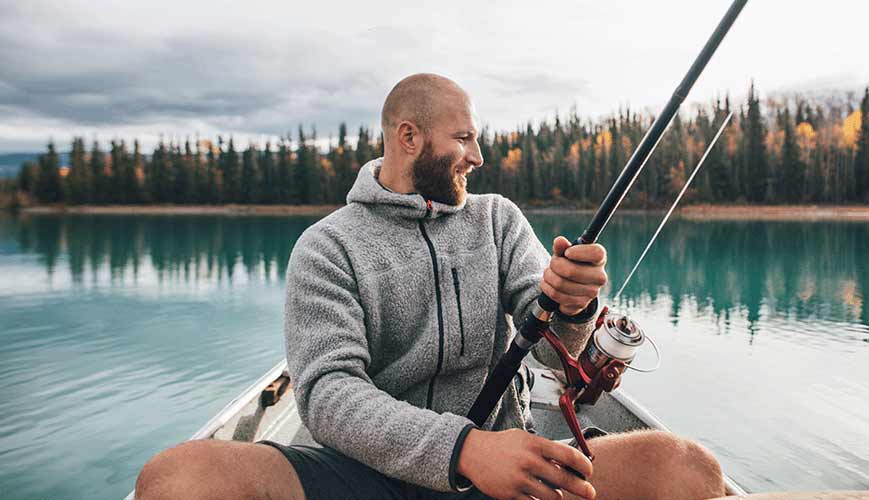 Leaving sports such as gridiron football on the back-burner, many Americans prefer the kind of athletics that you don’t see on ESPN or on the front page of the sports section. Your athletic pursuits may have a narrower following, but it doesn’t necessarily mean they aren’t physically demanding.

Whether or not you play sports that garner the attention football, basketball and baseball do, the important point is that you keep your eye on the ball where your health is concerned.

Originally played at Ivy League schools, rugby and cricket have a place in the U.S., they just haven’t gained as much traction as they have in England, their country of origin. Rugby was sidelined by the popularity of American football, while cricket is a European counterpart to America’s other favorite pastime -- baseball.

According to The Highlander, a publication from University of California, Riverside, rugby is represented on the Olympic Committee; in fact, American Olympic teams earned championships in the 1920s. The USA Rugby Union was founded in 1975 and current crowds fill enough seats that professional games are sometimes televised. There were more than 125,000 players registered with U.S. Rugby in 2016.

Though cricket is the second most popular sport in the world, it has a relatively arcane history, at least for Americans, who turned to baseball instead. It was created in the Middle Ages and initially spread to countries governed by England.

Though you may not know anyone who plays cricket, the sport isn’t limited to Harvard and Yale. This year’s American College Cricket schedule lists teams from such schools as Boston University and Penn State to University of Florida and Texas A&M. Games are televised; in fact, the Cricket World Cup is the third most-watched sporting event program in the world. More than 200,000 play cricket in the U.S.

The possibility for injury is much like their American counterparts. Cricket players twist their bodies when they swing, and they also field (catch balls) and run. The frequent misalignment or stress and strain to the joints that occurs should be treated by a chiropractor so the player doesn’t develop a condition with chronic symptoms.

Rugby is to football what cricket is to baseball. Rugby players pass, catch and kick a ball, and they tackle one another without wearing protective equipment.

The sport has a reputation for spinal injuries, says an article in The Atlantic. There aren’t as many head injuries as gridiron football because helmets are partly responsible for the head and neck injuries NFL, college and high school players incur while tackling. However, if a rugby player takes a hit, he/she should check in with a chiropractor for an assessment. Some jolting collision-type injuries can be nearly undetectable, and you want to be sure -- a player’s life may depend on it.

Though it’s only the fish that jump and twist, if you like to drop your line for hours at a time, your actions can still have an impact on your health. If others mock you and 33 million others for calling it a sport rather than a hobby because you aren’t as active as cleat-footed athletes, it’s beside the point. Even an uncommon sport can be plagued by common injuries.

An article on the website Better Health Channel warns that a lack of preparation can cause you harm when fishing.

The following suggestions can minimize the risk of injury or other health issues when fishing:

In the event of an injury, it’s imperative to get back to land in short order. If you’ve slipped and incurred a sprain, twisted a knee or hit your head, you want to seek chiropractic help.

All stages in the process of fishing involve some type of movement -- from preparing the boat to hauling heavy gear or wrestling with a large catch. If you get regular chiropractic care before heading out on the water, you’re less likely to incur injuries because you improve balance and muscle strength with advisement from your chiropractor.

In the event you get in a challenging physical situation, such as needing to swim to shore when a boat capsizes or climbing steep rocks to reach a secret spot, you’re less likely to become incapacitated if you have maximum range of motion and flexibility. By including your chiropractor in your plan for wellness, you can target the muscle groups you need to strengthen and address health challenges that may put a damper on your day trip with the grandkids.

Also, fishing is a classic example of a sedentary sport. And a lot of sitting presents potential health risks. Remaining seated for hours and hours may trigger anything from hemorrhoids to high blood pressure, so you want to move around. Add to that the neck strain of a head bowed down over a pole and you’ll need a chiropractic adjustment to regain control of your posture. Whether fishing from a boat on a serene lake or fly fishing where a river runs through it, the fishing is always better when you're in optimal health.

Your interests may take you off the grid with a positive outcome, but it’s not the same with your health choices. By keeping chiropractic visits on your schedule, you can physically do more and you’re less likely to get burned by injuries.