The Opioid Crisis: A Personal Look from Rehab 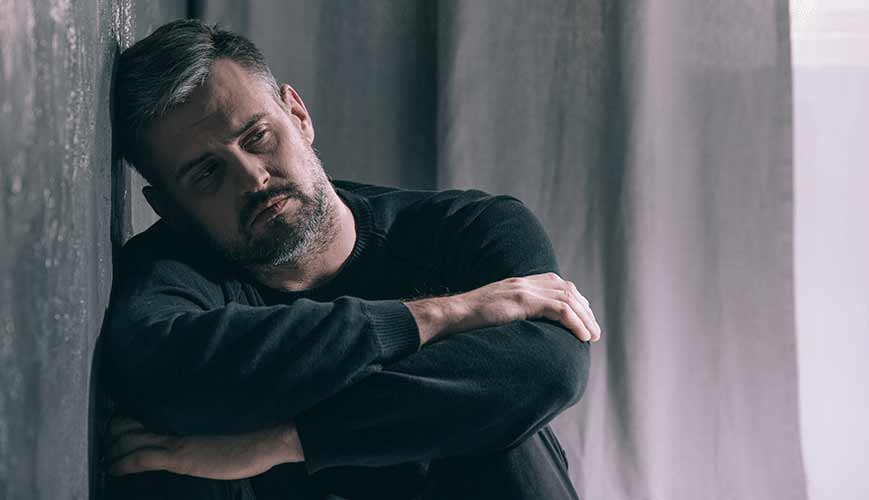 The first step you must take in order to recover from drug addiction is to admit to yourself that you have a problem. You have to admit that you cannot stop doing drugs on your own -- that you are powerless against them. You also have to truly believe that your life has become completely unmanageable as a result of your drug use. Once these admissions and internal acceptance has taken place, only then can the adventure of recovery and healing begin.

What an adventure it is.

Everyone’s experience is different when it comes to drug addiction. In my case, it took 18 years to realize, admit, and accept that I was a drug addict. That admission finally led me to the path of recovery and my chance at a better life.

One of the stops on that path was a 30-day stay at a drug rehabilitation treatment center in the middle of the Southern California desert.

My drug was alcohol, but the majority of addicts I shared housing with were there because of opiate addiction. My close proximity allowed me to hear their stories. I saw up close what opiates really do to people, how opiates rule and ruin people’s lives on an intimate level. I saw first-hand the aftermath of what opiate addiction can do to you.

Here’s what I learned about opioid addicts while inside the walls of rehab.

What is an Opioid?

An opioid is a broad term used to describe any type of substance, either natural or man-made, that binds to opioid receptors in the brain. These receptors control pain, pleasure, and addictive behaviors.

How Opioids Make Some People Feel

I personally do not like the feeling that opioids/opiates give me. I happen to be allergic to them, so the times that I’ve experimented with opioids have not been pleasant. I knew the drug made people feel good. It was explained to me once that the high was similar to the feeling you get when you slip into a warm bath, or bundle up with a warm cozy blanket on a rainy day.

Feeling warm and cozy as a result of taking opioids sounds understandable, but feeling “warm and cozy” doesn’t explain why so many people give up their lives to the drug.

How Opioids Make Other People Feel

Inside the first week of rehab, I realized that some people experience significantly more intense feelings than just the “warm and cozies” that had been explained to me.

During my stay, there were no phones, no internet, and limited television. If you wanted to engage with anything, it was with counselors or other addicts. When I asked people struggling with opioid addiction to describe how opioids and opiates made them feel, I would get descriptions such as:

It’s obvious that some people had a more profound reaction to opioids than others. It was very humbling to hear their experiences with the substance, but it also became clearer to me why people would become so addicted to opioids.Those are pretty powerful arguments in favor of opioid use. Who doesn’t want to feel good?

How Most People Become Addicted

While listening to people’s stories about opioid addiction, I noticed the most common way people became addicted was by legal means. They were being prescribed opioids by a doctor to alleviate pain as the result of an injury. Although each person who shared their experience was different in many ways, their paths were eerily similar. Their journeys would go something like this.

It is said that the finality of opioid addiction is either jails, institutions, or death. It’s ironic that a substance prescribed to alleviate pain, for some people, ultimately leads to personal tragedy. Every person who agrees to get a prescription filled has to answer one very important question: How much am I willing to lose?

During my experience in rehab, I witnessed first-hand what people go through once the “warm cozy” feeling of opiates wears off and withdrawals begin to take over. Generally, it’s eye-opening.

The withdrawal symptoms varied. Some suffered through a high degree of severe muscle and joint pain with intermittent nausea spells, “Going through withdrawals is 100 times worse than having the flu,” a fellow addict told me after our therapy group one day. “You feel like you just want to die.”

Some addicts suffered through nights of cold sweats and insomnia only to be rewarded with intense and inescapable anxiety fits. Others were overcome with extreme fatigue and exhaustion. During the moments these people managed to stay awake, they were riddled with depression and shame.

Some spent a lot of time at the toilet vomiting or experiencing diarrhea. Many suffered through both. I remember going into the restroom one time intending to brush my teeth. It was not more than a couple of seconds before I heard the roar of bodily functions coming from behind one of the stalls. The poor fellow was coming out of both ends. The stench was dreadful and rotten, the sounds gut-wrenching and violent. I could feel his convulsions coming through the door.

I didn’t brush my teeth that night -- a small price to pay compared to what the addict behind the door was up against.

Another time, when it was time to take a shower, I came upon “James” (obviously, not his real name), who only found relief from his withdrawal by -- seriously -- crawling into a garbage can having the hot water shower down upon him.

Withdrawal from opioids is not for the faint-hearted, but it’s one of the necessary evils to get your life back. My addiction wasn’t for opioids, and after 30 days of rehab, I’m grateful it wasn’t.

In discussions with my fellow addicts, this is what they commonly gave up as a result of becoming addicted to opioids:

Ponder that for a moment. Think about the most important things in your life -- and you’ll find it on that list. Alcohol had a terrible effect on me and I was fortunate enough to seek help without losing my family, friends, or career. I was one of the lucky ones. Those who did opioids were not.