Angels Pitcher is Another Victim in the Opioid Epidemic 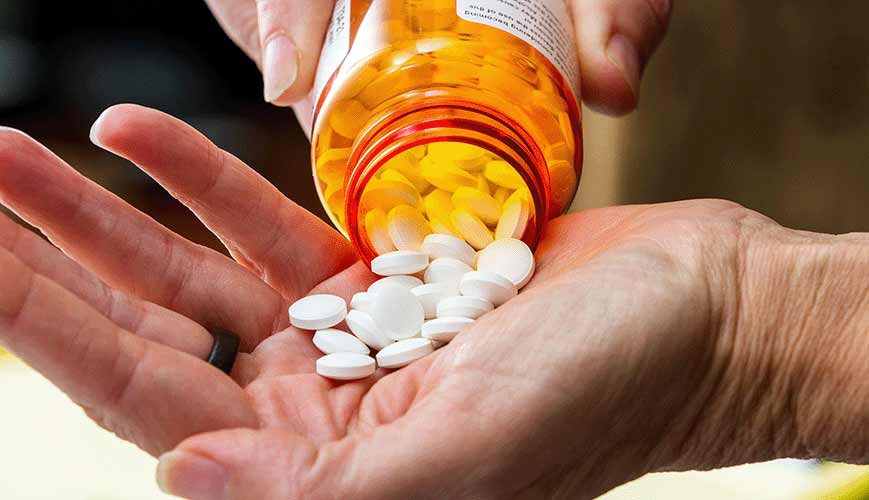 It’s been a little more than a year since we lost musician Tom Petty to opioids -- and now it’s come out that Los Angeles Angels pitcher Tyler Skaggs’ opioid abuse played a role in his surprising and shocking death. It’s a sad reminder of how serious opioid addiction has become in America.

Petty and Skaggs are just two of the 130 Americans who will die each and every day from an overdose related to opioids, according to the National Institute on Drug Abuse. It’s an epidemic for sure, but not hopeless. In fact, there are people who overcome addiction and go on to lead productive and successful lives -- including celebrities. It is a great reminder that while we may lose some people in their prime to drug abuse, it doesn’t have to be the end of the line for everyone. If opioid addiction is something you or someone you love is struggling with, then there are things you can do.

According to the National Institutes of Health, opioids are drugs that are derived from opium. Morphine was the first widely used opioid to help control pain in a medical setting, but as medicine has continued to advance, so did the way pain was addressed in patients. Scientists were able to replicate the pain-relieving effects of morphine in the lab with synthetic versions that have become synonymous with pain relief today.

The most common opioids today are:

It seems that in the 1990s, pharmaceutical companies began to push the semi-synthetic and synthetic opioids they were producing in their labs to doctors by reporting that they had fewer side effects than morphine. Opioids became more widely prescribed, introducing more people to them and leading to the levels of dependency on opioids that are seen today.

A Sad Day for Baseball

Reading about Tyler Skaggs’ addiction shows just how widespread the problem actually is. Skaggs was only 29 when he died from a lethal concoction of oxycodone, fentanyl, and alcohol. He had been supplied with oxycodone for about three years by an Angels employee who admittedly abused the drugs alongside Skaggs. ESPN reports that team officials knew of this drug use before his death -- which the team denies (and there are legal ramifications that would warrant such a denial). If true, it begs the question: Why didn’t anyone intervene? It’s a familiar story that happens all too often.

Perhaps more importantly, the Angels employee named five other players he believed used opioids while they were with the team, a revelation that might indicate a larger problem throughout baseball.

In 1999, about 3,442 people died of an overdose related to prescription opioids such as fentanyl. Fast forward 18 years to 2017 and the Centers for Disease Control and Prevention calculated that more than 17,000 people died as a result of prescription opioid use. That’s a startling difference that has impacted thousands of lives of loved ones.

Of course, you don’t have to look at statistics from the CDC to know that opioid abuse is a problem, all you have to do is open up the newspaper. Music icon Prince died of a fentanyl overdose in 2016 at age 57. Musician Mac Miller died at 26 as the result of fentanyl abuse in 2018. Broadcaster Art Bell died at age 72 from a prescription drug overdose that involved hydrocodone and oxycodone, also in 2018. The names could go on and on -- only highlighting what has become apparent to many: Opioids are a problem leading to a lot of untimely deaths for a lot of Americans, including famous ones.

Those closest to people like Tyler Skaggs may know things aren’t right but might not recognize what they are seeing. Opioid abuse can spiral out of control quickly, so it’s important to look for the signs of addiction that many people present. These include:

These are just a few of the signs of opioid abuse. If you suspect something is going on, then don’t ignore it -- try to dig deeper to see what’s really going on.

While many people may die as a result of their addiction, there are many people who overcome drug abuse and go onto greatness. For every Michael Jackson, Tom Petty, and Tyler Skaggs, there’s a Robert Downey Jr., Bradley Cooper, and Eminem who recognize they have a problem and do something about it.

What You Can Do

The opioid epidemic we’re facing today isn’t simply the problem of those who are addicted, but a problem for everyone to work together in order to find a solution. It’s important to know the dangers of opioid use and to look for the symptoms someone may display as an addict in order to help them. Make sure to talk to the people you are close to in your life openly about addiction to help make it feel like a less taboo topic. If you know someone who is struggling with chronic pain and they’re using opioids, then encourage them to seek out alternative treatments, such as chiropractic, that work naturally to help provide relief.

Remember, addiction isn’t something that only happens to the weak. Addiction is a biological reaction that can happen to anyone. Be the person Tyler Skaggs may have needed to save his life.