A Fit Bit of Advice to Make Your Day Healthier 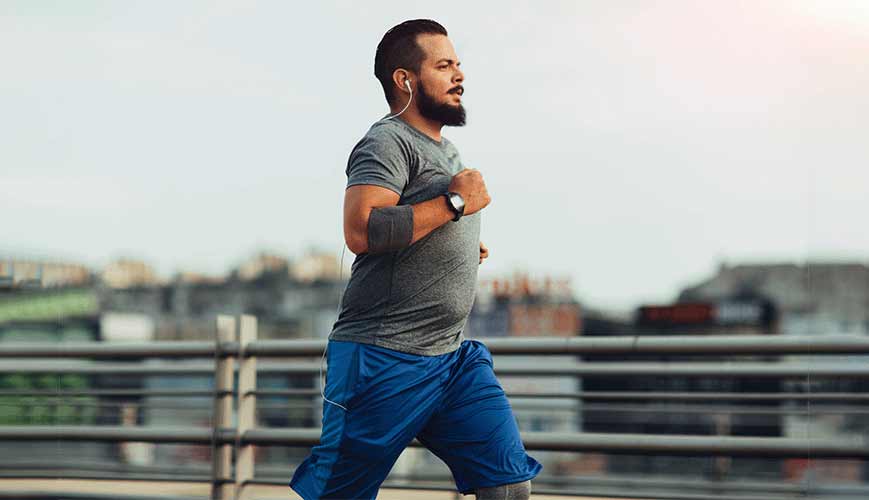 Forget radical resolutions to lose 100 pounds or double your income, just tweaking what you’re doing can change your trajectory to make this the healthiest year you’ve ever had. And wouldn’t that be great?!

Nearly every move you make can be maximized, raising your net output and picking up your activity level, which benefits your circulatory system -- among other things. For example, make it a habit to power walk your dog instead of strolling.

If you’re like many Americans you own a fitness tracking device, you’re already counting steps. Now more than a decade old, the Fitbit campaign didn’t base its 10,000-step goal on research, but most fitness experts agree that it’s a pretty accurate number when your goal is a moderate level of physical activity.

According to an article by VerywellFit.com, Americans take an average of 5,117 steps per day, which is approximately 2.5 miles. The U.S. is slightly behind France, Germany and the United Kingdom, where citizens take more than 6,000. Some of the top walkers are in Switzerland, where people log a daily average of 9,650 steps.

Using a fitness device has inspired more of us to reject elevator rides and take the stairs or walk to the neighbor’s house instead of driving. But there are also dozens of other choices you make every week that can have an effect on your waistline and your health.

You don’t need a weight loss program to eat healthier. You can influence your habits by passing the snack aisle at the market and buying potatoes instead of potato chips. Also, if you arrange your refrigerator so the fruits and vegetables are situated more prominently, you’re more likely to choose those over leftover lunch meat.

When you go out to Ladies Night you could bypass the 500-calorie pina colada for a glass of wine, which has about one quarter the calories. And at the next fundraising event choose the salmon over prime rib. Not only will you minimize calories, you’re choosing the entrée with less sugars, sodium, saturated fat and cholesterol.

If your date night involves sitting in front of the TV, you may feel your relationship could use a little bit more spice. Putting energy into finding alternatives, especially those that inspire conversation, will boost your well-being in more ways than one.

Bowling, biking, or even gardening, gets you off the couch so you both become more physically active. But also, just infusing some variety can be invigorating. Hit a museum once in a while or go to the zoo. If you met in college, how about attending a sporting event and cheering on your team?

Changing it up stimulates conversation, which also boosts your health, says an article in Medical News Today. Researchers at the University of Arizona in Tucson found that not only does deep conversation increase wellness, an excess of small talk can work against you.

Previous findings led to conclusions that too much light conversation is harmful, but new research says that its downfall is simply that it limits the healthy effects of more meaningful, deep conversation. People who report feeling happier are engaged in less typical, superficial chatter. The most recent study, which involved 486 participants, shows that regardless of personality -- outgoing or introverted -- you benefit more from substantive conversation than light chit-chat.

Making incremental changes to your schedule, activity level and diet can take you to a new place in life. You can check your ongoing progress by seeing the readout on your wrist … and talking about it.

3 Easy Exercises Getting to the Core of Good Posture

By Sara Butler Bad posture: It’s something your grandmother harped on you about for years. Now that …

Stress Part 4: How to Prevent Chronic Stress From Overpowering You

By Dr. Molly Casey Everyone has stress, so everyone has the same question: How do you get rid of it? …

Tea Time, Me Time: Pour a Cup to Your Good Health

By Martha Michael When the temperature heats up, your favorite drink choices may be cooling down. If …