Boredom or Benefit? The Effect of Downtime on Your Health 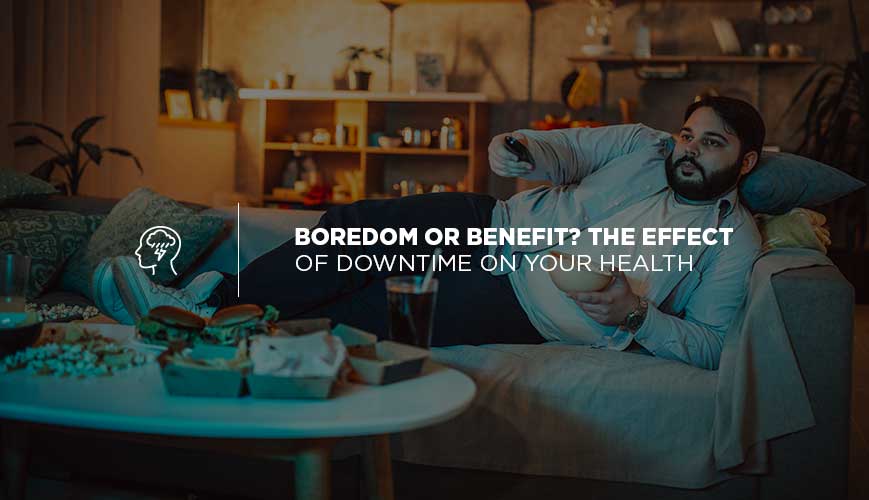 Repeated yawning, hours in front of the TV, and sleeping ‘til noon may look like a slow social calendar -- or just a Wednesday -- but it can actually impact your health ... for better or worse.

Data from a commercial survey shows that most adults report 131 days of boredom a year, but its effect on you varies from person to person, says an article by Medical News Today.

An academic study examined the physical effects of boredom on the brain. The researchers began with the hypothesis that people react differently to boredom based on their hardwiring, but their conclusion differed from their theory.

“Previously, we thought people who react more negatively to boredom would have specific brain waves prior to being bored,” says Sammy Perone, assistant professor at Washington State University in Pullman. ”But in our baseline tests, we couldn’t differentiate the brain waves. It was only when they were in a state of boredom that the difference surfaced.”

After a baseline EEG test, the researchers tracked participants’ brain activity while they performed a tedious task for approximately 10 minutes. They recorded the brain wave activity in two regions: the right frontal lobe, which indicates negative emotion, and the left frontal region that becomes active when you’re looking for a distraction or alternate stimulation.

The brains of participants who initially reported being prone to boredom showed more activity in the right frontal region than others who were rarely bored. In other words, the research confirmed that some people cope poorly with boredom, both when monitored and in their everyday lives. They concluded that how a person copes is up to the will of the individual. Their summary, which was published in the journal Psychophysiology, suggests that people can learn coping mechanisms to improve the impact that downtime has on their experience.

Boredom and Your Health

Encountering times when you’re without an agenda can contribute to your mental health in a positive way or can be detrimental to your overall wellness.

An article in The Atlantic describes negative effects of boredom based on the conclusions of experts at the International Interdisciplinary Boredom Conference. Analysts have attributed boredom to a range of problems including:

It’s not uncommon for individuals to view the existence of boredom as negative, and too much time without productive prospects can be harmful. According to the article, studies show that one-quarter of women and two-thirds of men would choose to administer shocks to themselves rather than sit in a state of boredom for 15 minutes.

Boredom can be a productive state of mind as well, however. Though we may initially seek an escape from boredom, downtime is important for several reasons, says an article in Psychology Today. For the most part, boredom motivates you to make changes in various forms.

Boost creativity - By providing time for reflection, periods of boredom open a mental space to solve problems and develop creative direction. If your work life includes putting out fires and collaborating for the company good, you may find downtime hard to come by. But when you have time for daydreaming, it can lead to an imaginative new course to take your company.

Inspire novel experiences - During boring times you can imagine the greatest adventures. Novelty plays a big part in crafting an escape from the doldrums; you’re less likely to form those fantasies if you fill your time with activity. When your life is already busy with excitement, you aren’t dissatisfied enough to dream about something new.

Fuel goal-setting - By definition, boredom denotes a desire to change your circumstances. Many people look at their end game when they’re forced to sit around with little or nothing to do. Everyone needs goals and boring periods of time provide you with the space to do that.

You don’t have to be a party animal to see that too much time without productivity can be harmful. But by contrast, if you lean toward a full slate of activities without respite, you may be missing out on some opportunities to boost your mental health. Ironically, it may also open your mind to new and creative ways to fill the open slots on your calendar.

By Dr. Molly Casey Knowing what action to take when an injury occurs can be tricky -- what do you do, …