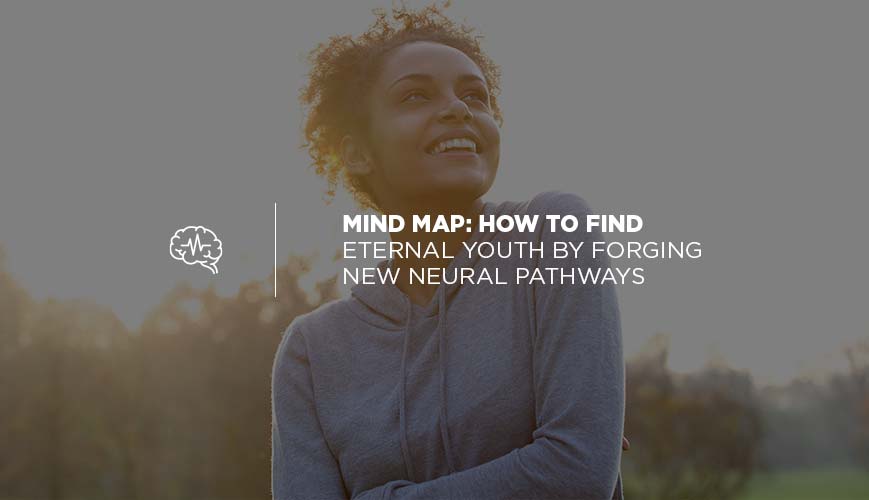 The adage “you can’t teach an old dog new tricks” probably describes many of the older folks you know. It reflects the stereotype that the older we get, the more resistant we are to new trends and practices, which results in an overcommitment to routine. It can range from cute to curmudgeonly, but making a habit of refusing to adapt to anything new is counterproductive to staying mentally sharp in the golden years.

Fostering neuropathic growth as you age can have a big impact on your quality of life. Neurons are important; they help make you, you.

Neurons are the building blocks of the nervous system and neuroplasticity refers to your brain’s ability to adapt and change, according to an article on the website VeryWellMind.com. With about 100 billion neurons in the body, scientists used to assume that no new neurons are created after childhood. However, studies have shown that the brain does continue to create and reorganize pathways throughout a person’s life.

When you’re born, the neurons in your cerebral cortex have approximately 2,500 synapses, which refers to the way neurons relay impulses to other neurons. The pattern increases so there are six times the number of synapses occurring by the time you turn 3 years old. By adulthood, however, synaptic pruning occurs, which means some synaptic connections are strengthened and others are eliminated.

Plasticity in a healthy brain continues to occur through learning, experience, and memory formation, though its ability to grow new pathways isn’t infinite. The brains of young people are more responsive to experiences and adapt more readily, which creates new neural connectivity. Genetics can also affect your brain’s malleability as you age.

How the Brain Grows New Pathways

An article in Science Daily says that an adult’s brain is not necessarily hard-wired as previously thought. Research shows that plasticity continues to provide you with the ability to form new neuropathways, though some cellular connectivity declines, which results in less cognitive and emotional function in seniors.

"We found that older people have similar ability to make thousands of hippocampal new neurons from progenitor cells as younger people do," says Maura Boldrini, associate professor of neurobiology at Columbia University. "We also found equivalent volumes of the hippocampus (a brain structure used for emotion and cognition) across ages. Nevertheless, older individuals had less vascularization and maybe less ability of new neurons to make connections."

Research supports the fact that finding different ways to engage your brain enhances neuron development. An article by the BBC cites a study at University College London where brain scans were used to compare the grey matter of taxi drivers with those of bus drivers. The comparison showed that the hippocampus in the brains of bus drivers, who have repetitive routes, were smaller than those of taxi drivers whose navigational patterns change with every customer.

The only part of the brain showing a marked difference in size was the posterior hippocampus, which is the area engaged when you mentally create and store a map for navigation. Their conclusions were reinforced by data showing that drivers who were on the job longer had a more developed hippocampus than those who were more recent hires.

How You Can Affect the Growth of Neuropathways

When it comes to avoiding a state of mind that gets stuck in a rut, you have more control than you may think. An article in Fast Company explains some of the features that contribute to changing your brain’s patterns:

As you get older, you use parts of your brain less and less. Challenging yourself by adopting new tasks helps strengthen neurons that connect with existing neurons, resulting in new pathways within the brain. Many types of stimulation forge new pathways, such as playing a musical instrument or learning a language.

Because neuropathways are fragile, the tasks you take on need to be repeated until they become habit. Experts say it may take months for your brain to create a new path in the motor cortex with a similar complexity to the old connection. It often requires an extra measure of willpower to activate and maintain the self-control needed to achieve your goal.

Developing a climate for neurological change will get your brain out of survival mode and raise its potential to create new neurons. Because of the brain’s natural tendency to avoid risk, it can be challenging to place yourself deliberately in an environment that stimulates change. Choose novelty over familiarity to enhance opportunities for learning.

Good physical health is an important backdrop for brain development because your brain absorbs much of your body’s nutrients. Nutritious food, water, and plenty of rest provide the fuel to create new neuropathways. Rather than let sleeping dogs lie, especially older ones, your course of action can significantly affect your mental capacity as you age, and we’ve all seen evidence that if you don’t use it, you lose it.