Welcome to The Joint Chiropractic - 7th Street & Glendale! As your Phoenix chiropractor dedicated to family chiropractic and spine health, we invite you to join the millions of Americans who have not only found relief from lower back pain, sciatica pain, and migraines, but also a pathway to wellness with chiropractic's natural, drug-free approach to healthcare.

How can chiropractors at The Joint Chiropractic in Phoenix help you?

Whether you have seen a chiropractor in the past or are seeking a local chiropractor near you for the first time, expect your visit to The Joint Chiropractic - 7th Street & Glendale to be different from any healthcare experience you've had before. Perhaps even life-changing.

Here are a few reasons why The Joint Chiropractic in Phoenix is your perfect destination for pain relief and preventative care:

So whatever “symptoms” you or your family may be experiencing, visit our Phoenix chiropractic office today to learn more about how you could improve your overall health and well-being. And remember, you never need an appointment to visit, so stop in when it is convenient for you. We look forward to seeing you soon!

Dr. Craig Ross became part of The Joint Chiropractic’s team of local healthcare providers in 2021, where he does the work he finds so gratifying.

“I love being able to help people reach their true potential with chiropractic. I have a passion for healthcare to be as drug-free as possible,” he says. “In my 30+ years of practice, I have been able to meet and train great people from all over the world and share the ability to help people with just my hands.”

Dr. Ross -- or “Coach,” as some patients call him because of his coaching background -- is a product of Southern California’s San Fernando Valley and worked previously in Los Angeles, Santa Monica, and Sacramento, Calif.

Even though Dr. Ross is busy with his career and raising his grandkids, he still has time to play adult baseball with his brothers. He was engaged to his wife within six weeks of meeting in the 1980s and have been married ever since; his two older children (one of them a Navy veteran) are on a path to become nurses, and another who is a cartographer (a map maker). The family also includes a terrier named Sparky and pit bull named Queen.

He graduated from Cal State Northridge with a degree in physical education, including a secondary teaching credential for PE, before getting a doctorate of chiropractic from Cleveland Chiropractic College in Los Angeles.

“I first injured my back at 8 years old and had episodes throughout the years,” Dr. Ross says. “While I was studying physical education, I had a serious episode with my back. I made an appointment with a chiropractor; while explaining my injury to me, I had a light bulb moment when I thought, ‘I can do this.’ I was in the middle of my anatomy and physiology classes and it all made sense. Several years later, I was sitting in my first chiropractic class and haven’t looked back. I am a chiropractor 24/7. People apologize about asking me questions, but to me, being a chiropractor is not what I do, but who I am -- so ask away.”

Dr. Ross says the one thing he always keeps stocked in his refrigerator is chocolate.

Having grown up in LA and working there, Dr. Ross has adjusted celebrities and been across the restaurant table from many people who are famous. “It was cool, but I believe the everyday heroes are the ones who fascinate me most,” he says. “Being at Luke Air Force Base allows me the honor of working with, and meeting, everyday heroes.”

Among the coolest things he has done, Dr. Ross hit a home run in the presence of 80 baseball scouts who were looking at scouting a start opponent player, and he went skydiving with his son. One other notable experience was training a husband and wife chiropractic team from San Jose who had 127 years of combined practice; they both had a connection with BJ Palmer, the developer of the field of chiropractic -- the woman was a babysitter and the man waxed Palmer’s circus wagon.

Dr. Stephanie Clay was raised in Houston, Texas. She earned her Bachelor’s Degree in Dietetics and Nursing Science from University of Alaska Anchorage and later earned her Doctor’s of Chiropractic Degree from Texas Chiropractic College in 2001. She says the best part about working in the chiropractic field is, “facilitating health in people and there is always something new to learn in the realm of health.” Dr. Clay began working at The Joint Chiropractic in 2022.

When Dr. Clay is not working she enjoys reading, teaching, watching/doing Brazilian Jiu-Jitsu, watching MMA, and being involved with her children and grandchildren. Her spouse, John, works on the north slope of Alaska in the arctic oilfield. She has 10 kids, 2 lizards, and one cate. She says she knew Chiropractic was her calling, “after having my 4th child, I went to ride my bicycle and threw my lumbar, pelvis all out. I spent the next 3 months getting put back together. I was in the process of a divorce and while I had just finished my bachelor's degree in dietetics, I was going to need to make more money. So, I decided to go back to school. The decision was whether to do medical, chiropractic, or osteopathic school. Medical did not fit with my personal life philosophy. Osteopathic had sold out to the medical paradigm, for the most part, so the one that fit the best was chiropractic. Through the process of getting my DC, I had the necessity of using herbal and homeopathic therapies to facilitate healing infections that allopathic treatments failed to heal. So, when I was finished with my DC, I immediately began working towards my DABCI.”

One thing Dr. Clay must always have in the fridge is coconut milk, it’s the basis of most things she cooks! She says the coolest thing she was ever done was raised a water buffalo. She says they are a, “Unique animal that I dearly love and miss having. Have the milk closest to human milk. Easily digestible.”

Dr. Richetto is a graduate of the Southern California University of Health Sciences. For his undergraduate studies, he attended the University of Alabama with degrees in Health Care Administration. A history of injuries as an athlete ultimately lead him to pursue the Chiropractic profession as a Health Care Provider. Dr. Richetto enjoys treating and alleviating conditions of the spine and extremities.  He is a Certified Strength and Conditioning Specialist and enjoys living an active lifestyle. In his free time, he spends mostly with his amazing family who love camping, hiking, and downhill mountain biking.

Dr. Alex Leonard grew up in Cold Lake, Alberta Canada. He got his Bachelor of Science in Kinesiology at the University of Alberta in 2018. He later graduated with his Doctor of Chiropractic degree from Life Chiropractic College West in 2022. He began working at The Joint Chiropractic in May 2022. He says the best part about working in the chiropractic field is helping people each and every day.

When Dr. Alex is not working he enjoys sports, exercise, hiking, and camping. He says, “I began exercising as a kid to become a better athlete and through time exercising became a part of my life.”

He says, “My passion for chiropractic began at an early age when I got injured and went to see a chiropractor. He continued to help me with my injuries throughout my athletic career. This has inspired me to help everyone to continue to do what they love to do for as long as possible.”

Everyone Deserves Good Range of Motion
By Donna StarkDo you think athletes are the only ones who should worry about range of motion? If you do, you may want to give some more thought to that because range of motion is crucial to everyone! …
What You Need to Know About Chiropractic
By Genevieve CunninghamKnowledge is power. This isn't a new concept -- it dates back to Sir Francis Bacon in 1597 -- but as we get older, it takes on new meaning and context. It's no longer just about … 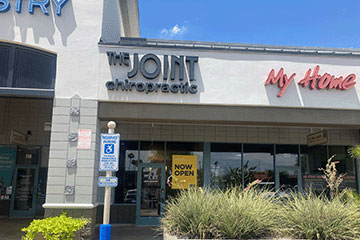 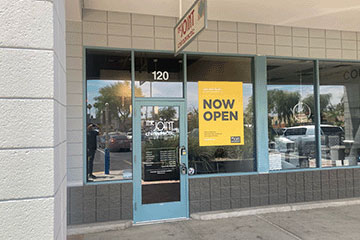 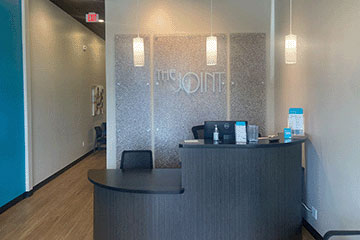 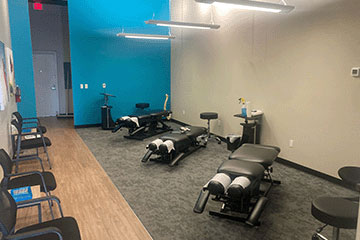