Welcome to The Joint Chiropractic - Carlsbad! As your Carlsbad chiropractor dedicated to family chiropractic and spine health, we invite you to join the millions of Americans who have not only found relief from lower back pain, sciatica pain, and migraines, but also a pathway to wellness with chiropractic's natural, drug-free approach to healthcare.

How can chiropractors at The Joint Chiropractic in Carlsbad help you?

Whether you have seen a chiropractor in the past or are seeking a local chiropractor near you for the first time, expect your visit to The Joint Chiropractic - Carlsbad to be different from any healthcare experience you've had before. Perhaps even life-changing.

Here are a few reasons why The Joint Chiropractic in Carlsbad is your perfect destination for pain relief and preventative care:

So whatever “symptoms” you or your family may be experiencing, visit our Carlsbad chiropractic office today to learn more about how you could improve your overall health and well-being. And remember, you never need an appointment to visit, so stop in when it is convenient for you. We look forward to seeing you soon!

Dr. Kayla Biewer was born and raised in Wahpeton, ND and moved to the sunny state of California in 2009. She resides in Carlsbad, California where she has been The Joint’s local chiropractor since November 2018. Dr. Biewer attended Northwestern Chiropractic College where she obtained her Doctor of Chiropractic degree in 2007.

Dr. Biewer has learned to treat a variety of patients ranging from infants to athletes and grandparents all with a various symptoms and ailments. Dr. Biewer has mastered the skill of tailoring her chiropractic adjustments to individuals suffering from sciatica pain, neck pain, lower back pain, migraines and several other symptoms. She loves helping her patients find relief and bettering her local community.

When Dr. Biewer is not working at The Joint Chiropractic, she can be found being active, weight lifting, hiking and running. She also enjoys shooting, traveling and spending time with family.

Dr. Terry Brightwell, D.C. joined The Joint Chiropractic team in October of 2017 when he returned to his home of San Diego, CA after being away for four years. Dr. Brightwell has been providing chiropractic care to his local community since 1989, after receiving his doctorate from Life Chiropractic College West.

Dr. Brightwell first became passionate about pursuing chiropractic care as a career after he learned of its natural and holistic benefits. He believes chiropractic care is the greatest healing art in existence.

Over the course of his professional career, Dr. Brightwell has learned to serve a range of patients from infants to grandparents and athletes all with a range of ailments and symptoms including headaches and migraines, neck pain, upper back pain, sciatica, arthritis and much more.

Dr. Brightwell loves that working for The Joint Chiropractic allows him to make an impact on his  community. He has the opportunity to meet so many great people and has the means to heal them naturally.

In Case You Didn't Know

There is a range of activities Dr. Brightwell enjoys to indulge in when he is not busy working at The Joint Chiropractic. For example, he plays fastpitch softball, he enjoys running, cycling, and weight training. He also has unique musical taste, he enjoys listening to pops symphony, reading classical literature, and attending eclectic music festivals.

Over the course of his lifetime, Dr. Brightwell has had the opportunity to do a lot of cool things. Here are just a few: he has run all 20 San Diego Rock N Roll Marathons, built submarines, played baseball at the Olympic Training Center, he has lived in a treehouse (which inspired a movie), he won the 40 years fastpitch nationals, and worked with a UCI Cycling team.

Read what our amazing chiropractic patients have to say about our chiropractors and care at The Joint Chiropractic - Carlsbad in Carlsbad, CA

By Emily LindholmSome people thrive on routine, others say they hate routine.  Not everything has to be mundane, but a daily routine can be super beneficial to your mental health.  A routine …

By Emily LindholmDo you sing in the shower?  It's OK to admit because actually, this is very good for your thyroid.  Your thyroid has a big job, working as a major hormone gland.  By constantly …

Talk to Your Chiropractor About At-Home Workouts

By Rachel ShouseWorking out without an instructor can be overwhelming to say the least. Whilst most people are perfectly OK maneuvering this on their own, others may need some guidance. There's no better …

By Randi MorseHow many times a day do you shower? It's a surprisingly controversial question. Ask your friends or family members how often they shower and you'll likely get a wide variety of answers. …

Slouching and Your Spine

By Randi MorseWhen I was in high school we had typing class. In that class we were required to sit up straight with our feet touching flat on the floor, our backs completely straight, and our chin parallel …

By Randi MorseIn the 40 years I've been alive, I think I've seen every sort of exercise fad possible. One of the newest and most popular types of exercise trends is CrossFit. CrossFit is an intense …

By Randi MorseA few years ago I decided to start making healthier meals. I realized that we'd fallen into the same "meat and potatoes" type of dinners that both my husband and I had grown up with, and …

By Randi MorseWhile we tend to believe that back pain only strikes down those who are advanced in age, the truth is that back problems can strike anyone at any age. While it is true that adults tend to …

Tips for Taking Control of Your Health

By Randi Morse As you get older it's important to take control of your health. One of the most important things you can do to stay healthy is to find a physician that you trust and believe in. There …

Tips That Make Your Home a Healthier Place

By Genevieve CunninghamThere's nothing like walking into a clean home. The smell. The feel. It's cozy and comfy and bright. But as it turns out, a clean home has a much bigger impact than just the appearance. …

By Randi MorseOne of the fun things about social media sites is that they are a great place to find new information. I was on a social media site the other day and saw a story that claimed chocolate milk …

3 Things to Try for Your Health

By Virginia LairdYour health should always be your top priority. However, many wait until it is too late to begin making the necessary changes to prevent make health-related issues. Rather than waiting …

Why Carbs Aren't As Bad As You May Think

By Stepy KameiIn the quest for finding out the best tips and tricks for improving your overall health and well-being, there are unfortunately more than a few myths and misconceptions along the way. Unfortunately, …

Chiropractic Care Can Solve Your Back Pain

By Alexis MillsEven though some people are still not convinced that chiropractic care works, it can be an effective treatment. Studies have shown how effective it can be, especially for back pain. So, …

By Alexis MillsIf it has been awhile since you have been to the gym, it can be intimidating and it's so important that you be careful. When you step into the gym, there are many options for equipment, …

By Alexis MillsIf you aren't really sure exactly what chiropractic care consists of, or how exactly getting this care regularly can help your health and daily life, then prepare to be amazed. Once you … 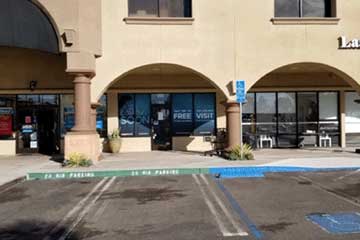 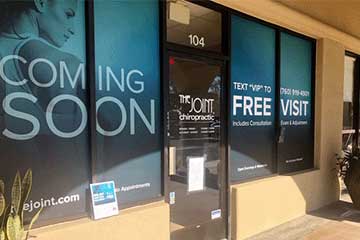 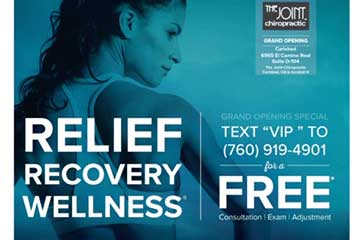 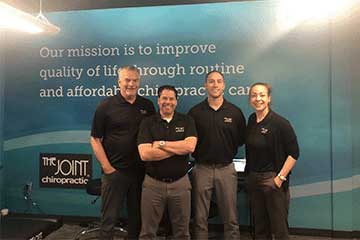 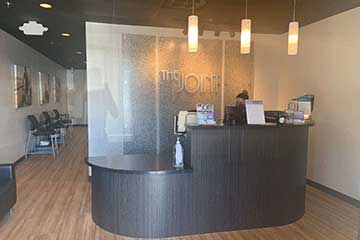 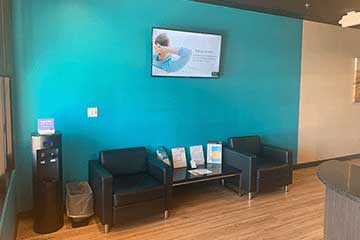 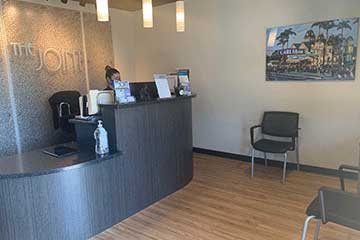 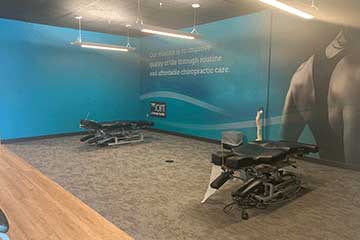 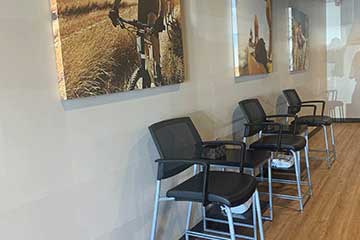 This clinic is owned and operated by Harkins Chiropractic Corp of Southern California PC and managed by The Joint Corp.

Tips to Help You Get Safely Back on the Exercise Horse

How Chiropractic Can Help Kids Facing the Perils of Technology

By Sara Butler Kids these days know a lot about technology. They typically know so much that they’re …

Original article published by EatThis.com, July 29, 2021 on EatThis.com By John Anderer Ever woken up …