Welcome to The Joint Chiropractic - Royal Oak! As your Royal Oak chiropractor dedicated to family chiropractic and spine health, we invite you to join the millions of Americans who have not only found relief from lower back pain, sciatica pain, and migraines, but also a pathway to wellness with chiropractic's natural, drug-free approach to healthcare.

How can chiropractors at The Joint Chiropractic in Royal Oak help you?

Whether you have seen a chiropractor in the past or are seeking a local chiropractor near you for the first time, expect your visit to The Joint Chiropractic - Royal Oak to be different from any healthcare experience you've had before. Perhaps even life-changing.

Here are a few reasons why The Joint Chiropractic in Royal Oak is your perfect destination for pain relief and preventative care:

So whatever “symptoms” you or your family may be experiencing, visit our Royal Oak chiropractic office today to learn more about how you could improve your overall health and well-being. And remember, you never need an appointment to visit, so stop in when it is convenient for you. We look forward to seeing you soon!

Dr. Jeff Rosenberg was born and raised in the West Bloomfield, MI, a North suburb of Detroit. He attended The University of Michigan, where he earned a Bachelor of Arts degree in Political Science. It was during his time in Ann Arbor that he discovered Chiropractic and decided to shift his career focus. He then attended Life University College of Chiropractic from 1996-2000 where he ultimately earned his Doctor of Chiropractic degree. Over the course of 21 years now in the profession, he has lived and practiced in several cities, including Chicago, Las Vegas, New York, and Detroit. During that time, Dr. Rosenberg has taken hundreds of hours in advanced training in a variety of Chiropractic techniques, as well as Nutritional study to help make him a more well-rounded Chiropractor to help patients with a wide variety of health complaints and wellness goals.

What inspires Dr. Rosenberg as a Chiropractor is the ability to form relationships with routine patients to see their progress over time, as well as how quickly that progress can be made through Chiropractic. He loves that the Joint Chiropractic model gives access to Chiropractic for hundreds of thousands of people who might not overwise have sought care.

In his free time these days, Dr. Rosenberg enjoys running, particularly trail running, a hobby that he picked up just 7 years ago. Prior to that, he was an avid athlete in predominantly basketball, baseball, and soccer throughout his youth. He has the support of his great wife Lainie and two grown stepchildren, Hannah and Ben. He has an 11 year old Goldendoodle, Maya, that he also adores.

The Joint Chiropractic here in the Detroit area has been a real blessing for Dr. Rosenberg to introduce The Joint model back home, but it additionally allows Dr. Rosenberg to split his time between his two favorite homes, connecting him with friends, family, and Detroit metro community! 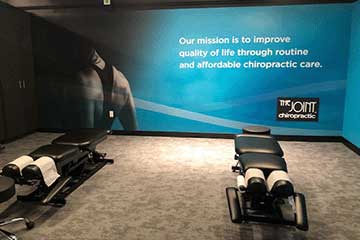 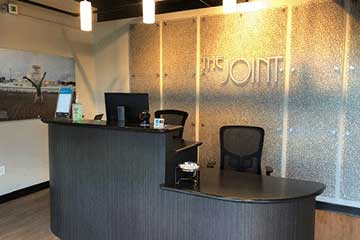 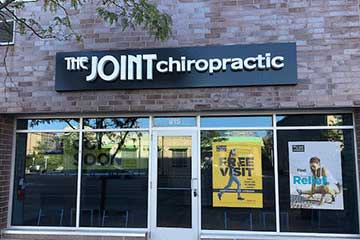 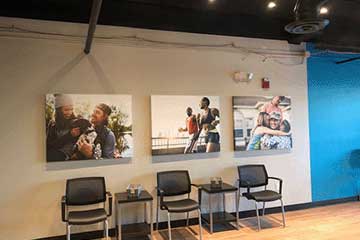 This clinic is owned and operated by Rosey Brothers, PC