Welcome to The Joint Chiropractic - University Heights! As your University Heights chiropractor dedicated to family chiropractic and spine health, we invite you to join the millions of Americans who have not only found relief from lower back pain, sciatica pain, and migraines, but also a pathway to wellness with chiropractic's natural, drug-free approach to healthcare.

How can chiropractors at The Joint Chiropractic in University Heights help you?

Whether you have seen a chiropractor in the past or are seeking a local chiropractor near you for the first time, expect your visit to The Joint Chiropractic - University Heights to be different from any healthcare experience you've had before. Perhaps even life-changing.

Here are a few reasons why The Joint Chiropractic in University Heights is your perfect destination for pain relief and preventative care:

So whatever “symptoms” you or your family may be experiencing, visit our University Heights chiropractic office today to learn more about how you could improve your overall health and well-being. And remember, you never need an appointment to visit, so stop in when it is convenient for you. We look forward to seeing you soon!

Dr Peter Phillips is a native of upstate New York. He grew up in the village of Sackets Harbor. He attended Sackets Harbor H.S. and graduated in 1982. He spent the next 2 years at JCC acquiring a AS degree. He transferred to SUNY at Binghamton to complete the premed requirements necessary to enroll in Palmer College of Chiropractic. He graduated in 1987 with a Doctor of Chiropractic degree.

Dr. Phillips moved to Ohio in 2019 and is so excited to be here serving this community.

I completed my undergraduate studies at Ball State University in Indiana, where I received both a Bachelor of Science Degree in Exercise Science and Bachelor of Athletic Training Degree.

I attained my Doctor of Chiropractic degree from the National University of Health Sciences in Chicago, Illinois. In Chicago, I completed clinic rotations at The Neurologic Wellness Institute and Salvation Army.

I’ve spent thousands of hours learning how the body works and treating patients. I look forward to serving the Cleveland area community.

Stars Based on 8 Reviews

By Rachel CarverThough we try our best to take care of ourselves, injuries do happen. You can strain your shoulder by picking up a heavy bag. You can twist an ankle stepping off a curb the wrong way. …

By Rachel CarverThe new year is under way. It's cold. But you've pushed yourself to stick with your new year's resolution of being intentional about movement with regular exercise.You feel accomplished …

By Rachel CarverYour little one is not sleeping well again. Your precious child is crabby and grabbing one or both ears while desperately clinging to you at 2 a.m. A temperature check reveals a slight …

By Rachel CarverCold Ohio weather will bring snow. Snow needs to be removed from steps, sidewalks, driveways, and other high-traffic areas.Whether you love snow or will pick up the shovel reluctantly …

Stay Healthy in the Cold With These Chiropractic Tips

By Rachel CarverSome people swear they get more joint pain when temperatures cool. Others experiencing chronic back pain may feel differently during changing weather.There is currently no defined connection …

Do You Rely on Sugar Substitutes?

By Tom HerrinThese days, lots of people use some kind of artificial sweeteners.  They are everywhere and in all kinds of foods and drinks.  Their history is actually pretty short.  The …

By Rachel CarverGood medical care is an important part of overall health. Get your eyes checked and make time for your annual physical. Traditional treatments and procedures are needed. You should always …

By Rachel CarverConstant morning pain can be exhausting. It makes getting ready for work or a morning workout difficult.It is not normal to wake up with pain. During sleep, your body is supposed to rest …

By Paul RothbartSneezing, itchy, watery eyes, and a runny nose. That's just the beginning. The symptoms of hay fever can be distressful. The medical term for hay fever is allergic rhinitis and despite …

Enjoy a Healthy Summer With the Chiropractor

By Rachel CarverSummer temperatures usually lead to more outdoor time. Warm weather gives us a chance to get more active and have some fun after dealing with cooler weather.However, whether your summer …

Keep Neck Pain at Bay With These Tips

By Rachel CarverYou don't realize how important your neck is until it hurts. Though the primary job of the neck is to support the head, which weighs between 10 and 12 pounds, it also helps you lean forward …

Why Are Some People Always Cold

By Chris BrownSome people are always cold. I know from personal experience, I once dated one. No matter the condition, indoor or out, it seemed she was always a tad too cold for comfort. I've often wondered …

By Rachel CarverLife can get stressful. Between work, managing household schedules, and juggling finances, it is easy to see how stress can impact so much of our lives.However, if you have high blood …

Run and Walk to Get Fit

By Rachel CarverWalk before you run. This phrase is used a lot. We are told to start slow and ease our way into physical activity.While you should do your research and plan a new workout routine, you …

By Stephen R. FarrisOftentimes when we feel pain in our joints or muscles, inflammation sets in as a natural way to help fight off infections and begin the healing process. Unfortunately, while inflammation …

By Stephen R. FarrisIf you're one of the 40 percent of Americans who suffer from migraine or tension headaches, then you know when they hit that it's no laughing matter. People who get these types of … 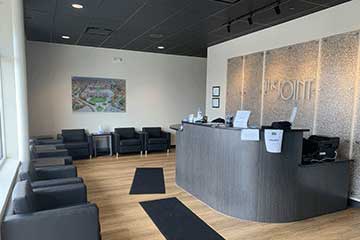 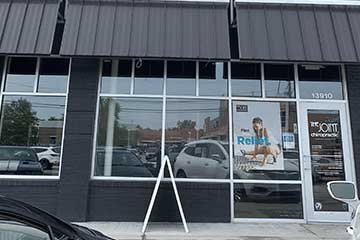 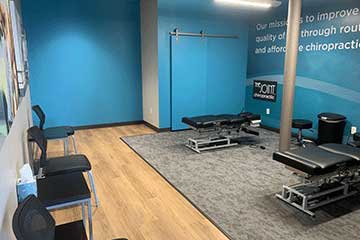 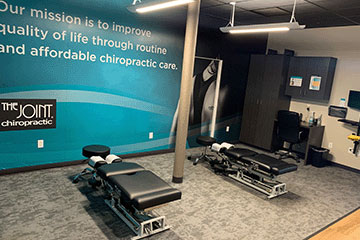 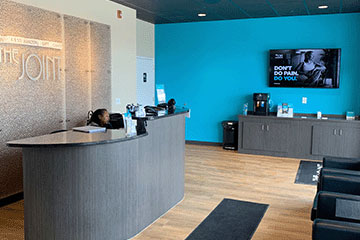 This clinic is owned and operated by PPTC, LLC