100th Indy 500 is the Greatest Spectacle in Health 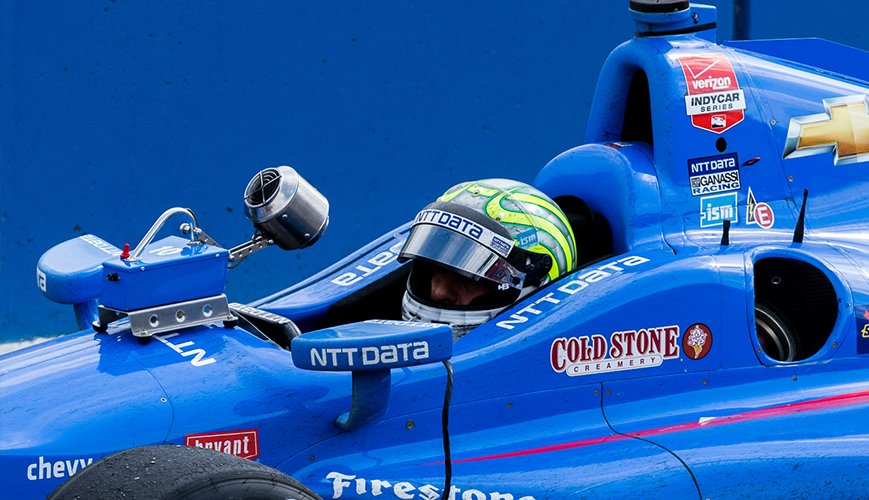 I watched in amazement as rookie Alexander Rossi won the historic 100th running of the greatest spectacle in racing -- this year’s Indianapolis 500. I’m originally from Indianapolis and have attended more Indy 500s than I can count and often even remember. Even if you’re not an IndyCar fan you have to appreciate it. These men and women (this year, Pippa Mann) hurtle down the track at up to 225 miles per hour! The open cockpits of the cars are so small they have to install the steering wheel after the driver has jammed himself into the car like that last Vienna Sausage in the can. That sounds like my claustrophobic nightmare, but it’s cool nonetheless.

Most people in the world don’t (and can’t) drive IndyCars. You may think you have little in common with Juan Montoya, Scott Dixon or three-time winner (and Dancing with the Stars champ) Helio Castroneves, but you may be surprised to learn that whether you drive an IndyCar or a minivan (we call ours a Family Assault Vehicle) you can reap the benefits of good posture while driving to avoid back and neck pain.

The math of the Indy 500 is intimidating. They go five hundred miles over the course of 200 laps, which means they spend hours going around and around in hopes they’ll get to take a drink from that bottle of milk in the winner’s circle when they’re the first to cross the famed yard of bricks.

All that driving greatly increases the risk of back pain because James Hinchliffe and those who started behind him in Sunday’s race aren’t exactly exhibiting perfect posture for the 3-plus hours they’re pursuing the checkered flag. Ryan Hunter-Reay, Tony Kanaan and Graham Rahal don’t just practice driving, they also train their bodies to withstand the rigors of all that driving, jarring and vibration that courses through their bodies. They strengthen their back muscles and their core because they know a weak back can spell big problems. Their neck also has to be in great shape as it supports a helmet buffeting 200 mph wind and g-forces that want to carry the helmet -- and the head attached to it -- into the Turn 1 grandstand. Nobody wants to lose the largest single-day sporting event in North America because their body failed them on Lap 199.

OK, so you’re not planning to take a spin around the Indianapolis Motor Speedway anytime soon, and your body doesn’t have to withstand those g-forces, vibrations, psychological pressure -- not to mention the crashes -- at 220 miles per hour that Indy drivers do. But don't tell me that driving from Chicago to Florida with three screaming kids to spend a week at Disney World doesn’t take its toll -- you know it does. Let’s see Will Power and Marco Andretti deal with that. However, there are things you can do to ensure you’re sittin’ pretty all the way there -- and back -- without back pain.

Sitting behind the wheel of a car for hours on end is comparable to sitting behind a desk all day long -- it taxes your body in a lot of the same ways, except you have to be on the lookout for other drivers who think they’re Mario Andretti and referees wearing state trooper uniforms -- not to mention the kids in the back seat. If you have weak core and back muscles and combine it with poor posture behind the wheel you’re going to eventually find your shoulders hunching forward and your head, too. It’s not like you’re strapped into your seat with a six-point harness that keeps you pressed into place like you’re being punished. Like sitting at a desk, driving hunched over changes the natural curvature of your spine and puts a lot of strain on your neck, shoulders and back. It shifts the way you sit and puts more pressure on the discs in your back, which can lead to a whole heap of trouble you’re better off avoiding.

How You Should Be Sitting

When you’re sitting correctly in your car seat you should be able to check off every point on this list:

Doing all of these things isn’t going to guarantee no pain when you’re sitting for long hours in the family assault vehicle, but it will help. You need to remember to stop and take breaks when you’re in the car for long stretches. Even the most experienced IndyCar drivers make eight-second pit stops, and so should you.

When you’re at stoplights, stretch your arms out, rotate those wrists, and flex those fingers! Roll your neck from shoulder to shoulder, too. You can also make a conscious effort to work on your abs and strengthen your core. You can easily do this by flexing them for three seconds at a time, concentrating on different sections of your abs as you go. All of these things will go a long way toward keeping you healthy behind the wheel.

I don’t know about you, but I watched Sunday’s race with rapt attention, in awe of the power of the cars and the skill of the drivers – thankful that it wasn’t me in that teeny, tiny cockpit! Still, drinking the milk in Victory Lane would have been worth it.

A Guide to Strengthening your Immune System

By Dr. Molly Casey Your immune system is your own personal army. It fights off attacks to your body. …

In a Pandemic, What Should You Expect at Your Visit to The Joint

By Martin Henderson During these days of self-isolation, and increased awareness of health and hygiene, …

How To: Steps to Protect Others From Coronavirus

By Sara Butler The coronavirus pandemic is a frightening thing. If you have a family, then no doubt …