Chiropractic Gets the Gold Medal for Athlete Recovery 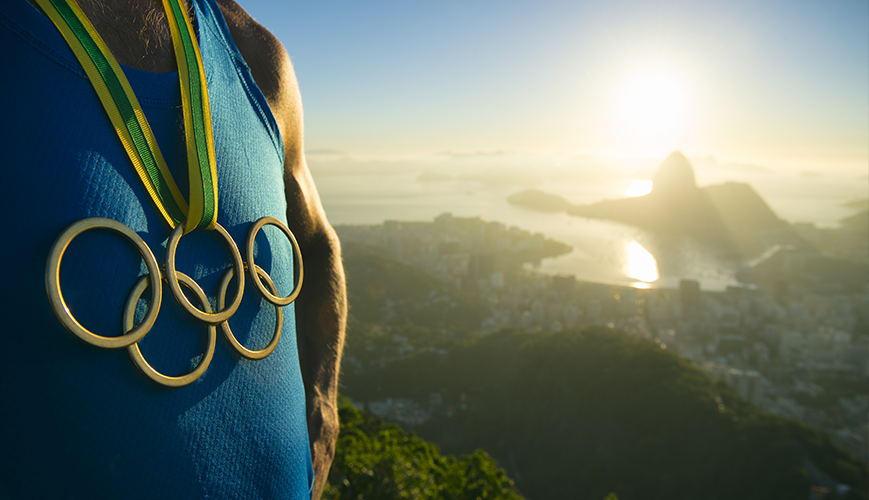 I don’t know about you, but the most memorable moment of the Rio Olympics for me has to be when the French gymnast broke his leg attempting a vault. That doesn’t really seem like the right way to sum it up, because when this fantastic athlete landed, the sound of a snapping bone was said to ring throughout the arena. Gah! I can never unsee that -- it will haunt my dreams forever. ABC’s Wide World of Sports had its “agony of defeat” with the ski jumper in the opening credits, but the agony of defeat burned into my brain is the snap, crackle and plop at the Rio gymnastics competition.

Samir Ait Said is the French gymnast in question. The poor guy has apparently suffered a similar injury in the past, breaking his tibia (one of the lower leg bones -- the shin) during a vault prior to the 2012 Olympics. These superbly conditioned Olympic athletes spend so much time for such a long period working as hard as they possibly can to get a shot at a medal, it’s tragic when it ends in an injury that takes them out of the running. Or the vaulting.

If I had to pick a second memorable moment, it is when Ellie Downie, the gymnast from Great Britain, landed on her neck during her floor exercise. Did you see that? I think the world held its collective breath because that kind of slip could end in a life-threatening -- and certainly life-altering -- injury. Luckily, she turned out fine, but without the strength and flexibility she has worked so hard to achieve, it could have been much, much worse.

Exercise physiologist Dr. Sean Atkins estimates “at least 90 percent of world class athletes use chiropractic on a regular basis to prevent injuries and to improve performance.”

Basically, it’s not just athletes who descended on Rio for the Games of the XXXI Olympiad; the simple fact is that hundreds of chiropractors from around the world have traveled with their respected teams and individuals to support the athletes in the preparation for and recovery from their respective events.

I’m thinking world class athletes know what they’re doing and we would be wise to follow their lead.

It’s a Fact – Athletes Get Injured

Even if you’re not an Olympic athlete, participating in sports puts special demands on the body. When you put your body through these situations repeatedly, it can cause injuries you didn’t see coming. I’m sure the first time Samir Said broke that tibia it was a complete surprise -- and let’s be honest, his face looked pretty surprised this time too, but that could have been shock. He was pretty composed for someone who looked like he had a wet spaghetti noodle for a leg.

As for Ellie Downie, a neck injury that could have ended her Olympic dreams was avoided. For regular people who don’t train 300 days per year in a gym, however, it is possible to reduce your chances of suffering an injury to your muscles and ligaments with the help of chiropractic. Just look at injuries such as whiplash, where the neck tissue is damaged due to sudden impact and force. Chiropractic adjustments can help your neck muscles, ligaments, and tendons to heal faster through manipulation accompanied by stretching and strengthening exercises. There’s no way to avoid injury all the time, but regular chiropractic care can help by ensuring your spine is in proper alignment and functioning optimally.

As you get older, injury becomes even more of a concern. You may feel like you haven’t matured much past the age of 17, but your body sure has! The older you are, the more likely you are to suffer muscle strains, sprains, and tears -- even broken bones. Receiving regular chiropractic care can help you to avoid injury. Should injury occur, chiropractic may help you heal faster.

Improve Mobility as You Heal

There’s no question some injuries can be quite devastating and may have you feeling down for the count, but just because you’re injured and under the care of a specialist doesn’t mean you have to stop seeing your chiropractor. Chiropractors will quite often work in conjunction with other healthcare professionals to help you recover faster by adjusting the restricted joints as well as providing professional advice regarding stretches, exercises and heat/ice therapy. The treatments recommended and administered by your chiropractor can help you to recover by improving joint motion, mobility and flexibility of muscles, tendons and ligaments.

If you have a broken bone, you may not necessarily think of getting a chiropractic adjustment, but that’s not all chiropractors do! Broken bones can be the result of many different circumstances. Your chiropractor has years of training and education that provide a unique understanding of human body mechanics and physiology. If you’ve broken your leg, the chance that you’re overcompensating in other areas are pretty high, and a body imbalance can lead to problems beyond just a broken bone. Remember, chiropractors seek to treat the whole body, not just parts. Don’t neglect those other areas just because one part is injured.

Of course, when a chiropractor is working in conjunction with other healthcare providers in your recovery plan, treatment of the affected area won’t generally begin until the fractures have begun to heal and the acute inflammation has subsided. In the meantime, a chiropractor can offer some insight into nutrition and other wellness techniques that can help your body perform at its very best, encourage healing and possibly reduce the chances of complications.

Whether you’re a professional athlete, amateur athlete or just enjoy pounding some pavement on the weekends and imagining you’re going for the gold in the marathon, you can’t go wrong with chiropractic care. It’s good for the healthy, for the sick, and for the injured -- it’s just plain good for everyone. Who knows? Maybe with the help of chiropractic, your story can avoid the same ending as Samir Said’s. We should all aim to be a little more like Ellie Downie!