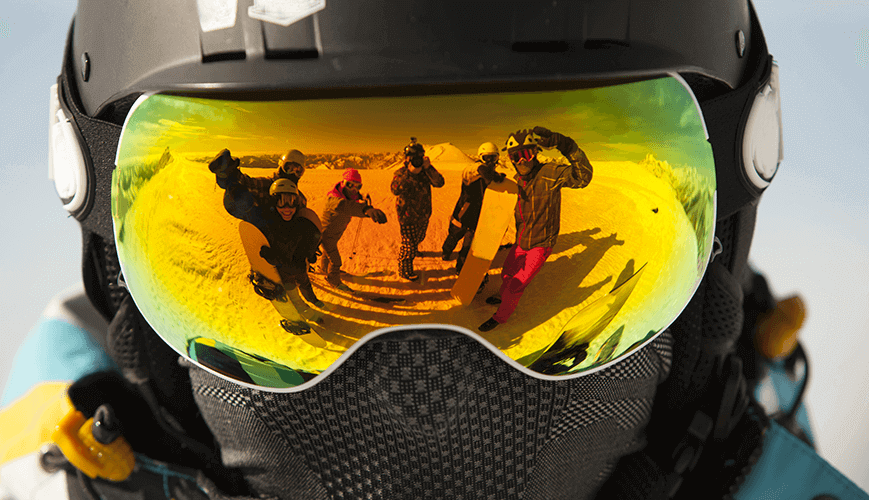 Millions tune in to the X Games to celebrate the way extreme athletes push the envelope in dangerous maneuvers. Live crowds and TV audiences watch the athletes snowboard and ski the SuperPipe, and take on the less icy skateboarding and BMX competitions.

If there’s any doubt about the risks for these athletes, it’s answered by Caleb Moore’s failed landing during the snowmobiling competition in 2013. He under-rotated during his freestyle run, flipping the machine on top of him, which caused fatal cardiopulmonary arrest. His brother, Colten, also crashed that day and was treated for a separated pelvis.

The X Games Europe begin on March 8 in Oslo, Norway, and end on March 11. At about the same time, or in close proximity, millions of college students in America will embark on spring break. And stupidity will ensue. Of course, the kinds of stunts attempted by students on spring break don’t compare to the magnitude of extreme competitors like the Moores. We assume these college kids on vacay are only in danger of hitting their heads in hotel swimming pools or falling down while intoxicated.

However, plenty of spring breakers participate in athletic activities that threaten harm, so sometimes they find themselves needing medical attention, causing a break in their bodies as well as their good times.

But make no mistake, the warnings that apply to spring breakers apply to everyone.

For spring breakers heading to the slopes, one can look to X Games competitors again for some of the risks. In 2013 (a tough year for athletes), skier Luca Schuler and snowboarder Rose Battersby were injured during the games, according to Deadspin writer Brent Rose: Schuler’s head hit the ground during a failed triple back flip causing a concussion. Battersby fell and fractured her lower lumbar spine.

But skiing accidents don’t just happen to X Games competitors. The late California senator and Cher sideman Sonny Bono was killed when he skied into a tree while on vacation, and seven-time Formula One auto racing champion Michael Schumacher suffered a traumatic brain injury more than three years ago on the slopes; he has not fully recovered.

Skiing can be fun, but it can be dangerous business.

Frozen water is one thing, but liquid water has its own perils for the millions of co-eds heading to the Florida Keys or Mexico, where there are beau coup water sports.

The American Journal of Sports Medicine published the results of a questionnaire with data from 86 wakeboarders and 156 orthopedic surgeons. Doctors said that 31 percent of injuries were anterior cruciate ligament tears, 15 percent were shoulder dislocations and 21 percent were fractures of various kinds. The wakeboarders reported 82 total injuries, a third of those being sprained ankles or ACL tears.

A 2012 Sports Health article says that in 123 surveys from professional and amateur wakeboarders, half of them reported ACL injuries from the sport, one of the highest for any sport.

“The majority described feeling a pop or buckle after attempting to land a high jump,” the article says. “Only 5 participants (13.5%) described a rotational mechanism created by catching the board edge in the water.”

The stats prove that wakeboarding can take a physical toll.

Researchers at the University of California, San Francisco Medical Center collected data on treating surfers, mostly for fractures, strains, sprains and dislocations. They averaged 3.5 individuals for every 1,000 surfing days.

The most commonly affected areas for sprains, strains, and dislocations are the lumbar and cervical spine, shoulder, knee and ankle. “For fractures, the head is the most common site, mostly involving the nose and teeth, though fractures of the rib are the second most common site,” the report says.

It’s the “wipeout” experience that’s most damaging for surfers, it says. The most common injuries are:

The bottom line: Surfing is no bed of roses.

For these injuries -- namely, strains, sprains and joint dysfunctions -- chiropractic professionals are often the most successful go-to practitioners for non-invasive treatment. Extreme athletes turn to them for recovery, realignment or trigger point therapy, among other methods for relief.

As a more prophylactic measure against pain and stiffness, many sportsmen maintain a regular schedule of chiropractic visitation. The hyperextension of their limbs and overuse of muscles can be minimized with the proper exercises and frequent adjustments.

BMX dirt biker Anthony Napolitan, an X Games medalist, attests to it in an interview with Redbull.com in which he discusses his “favorite treat”: “Going to the chiropractor is the perfect way for me to treat or indulge myself. … After an event sometimes I feel a little out of wack [sic]. Chiro always helps me get back and feeling good!”

X Games athletes are some of the most skilled in the world at their craft. Yet even they are familiar with the threats to their bodies. On spring break, college kids should be just as aware. No dive off the second-story balcony into the shallow end of the pool is worth it. Not even to impress a girl -- or win a bet.