Trick or Feat: When World Class Athletes Lose to Doping 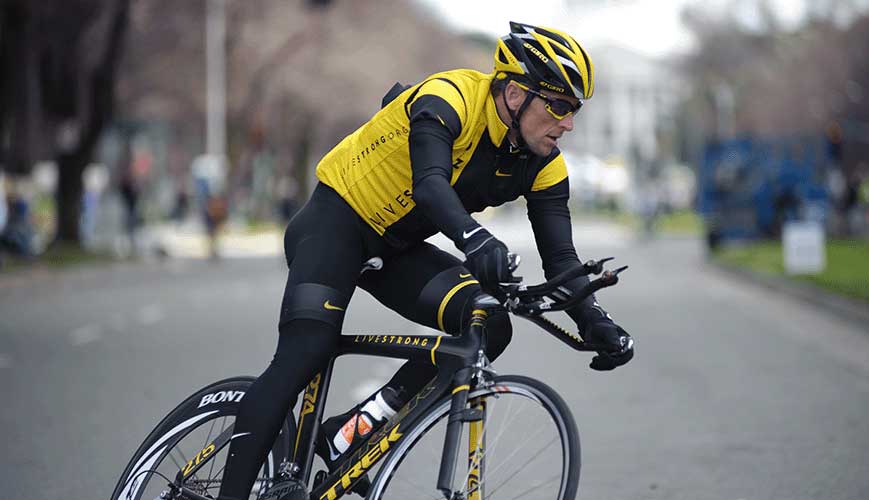 From professional athletes to record-setting Olympians, the public sometimes falls for an illusion of perfection by the performances of those at the top of their game. Like the lucky product of an evolving gene pool, talented athletes repeatedly eclipse their personal best, mesmerizing the rest of us with what seems like supernatural abilities.

But it turns out, in some cases, their magic is really just sleight of hand. And in the palm of that hand are performance-enhancing drugs. Every year, we hear about more athletes who go from “best in the world” to “top doper in the field.”

The New York Times described notable athletes whose thrill of victory turned to agonies of defeat when evidence of performance-enhancing drugs came to the fore. This year alone, three Chinese weightlifters lost their Olympic titles from 2008, and Jamaican Usain Bolt -- the world’s fastest human -- lost his claim to “triple-triple” Olympic champion status after being stripped of a gold medal because one of his relay teammates was caught doping.

One of the most infamous falls from grace was Lance Armstrong, a cycling legend who was stripped of all seven Tour de France titles once the U.S. Anti-Doping Agency concluded he had used performance-enhancing drugs over the course of his career. Tyler Hamilton is another professional road cyclist who tested positive for doping twice and lost the Olympic medal he won in Athens in 2004.

U.S. track star Tyson Gay is a more recent example, having lost his medal for the 4x100 meter race in the 2012 London games.

U.S. track star Marion Jones had her fate played out in public, plus she had years of commercial success associated with her victories. She had five medals taken away — three gold and two bronze — seven years after winning them at the 2000 Summer Olympics in Sydney.

Jones was “a multi-million dollar empire,” says TheNation.com. She graced covers of multiple sports magazines and much of her control was taken by individuals in her life and companies she represented.

“Jones became less of a human being than a corporation with legs: Nike owned her feet, Oakley Sunglasses colonized her hypnotic eyes, and even her time was brought to her by the good people at TAG Heuer watches,” The Nation says. “She had fame. She had fortune. What she did not have was control.”

That’s one of the main issues. Some athletes unwisely relinquish control of their bodies to individuals who compel them to make choices that aren’t in their best interest. And the same goes for everyday individuals.

Help Where It’s Perceived to Be

In a Consumer Reports article about alternative medicine, three-quarters of the 45,000 individuals consulted said they use some form of alternative therapy to address general health concerns.

“Hands-on treatments such as chiropractic and deep-tissue massage, as well as the mind-body practice of yoga dominated the lists of helpful alternative treatments for discomfort from conditions such as back pain, neck pain, and osteoarthritis,” Consumer Reports says. A San Francisco woman described in the article says the benefits of yoga, chiropractic adjustments and some physical therapy combine to relieve pain that flares up in her hips due to osteoarthritis. She says an added bonus is that her chiropractor “sees how everything’s connected.”

Consumer Reports received feedback from more than 30,000 respondents; their collective voice underscored the effect of personal perception, and that many individuals based their replies on their views that choices of alternative care are the most helpful and, subsequently, keep their symptoms at bay. Respondents based their opinions on personal experience, so the results can't be compared with scientific clinical trials.

Many believe that world-class athletes are born to be the best, but so many things -- from work ethic to nerve response to simple self-discipline -- have an impact. Sometimes their behaviors come into play, stacking the odds in their favor through performance-enhancing drugs. With the magic of modern science, however, they’re eventually found out, which just goes to show, you can’t fool Mother Nature.

This Is Why Babies Need Chiropractic Care

Broken Resolutions? How to Get Back on the Wagon

Road Trips? How to Drive and Arrive in Good Health

By Sara Butler Like most people, you probably spend a fair amount of time dreaming about your next vacation. …