A Strategic Alignment in the Military's Fight Against Pain 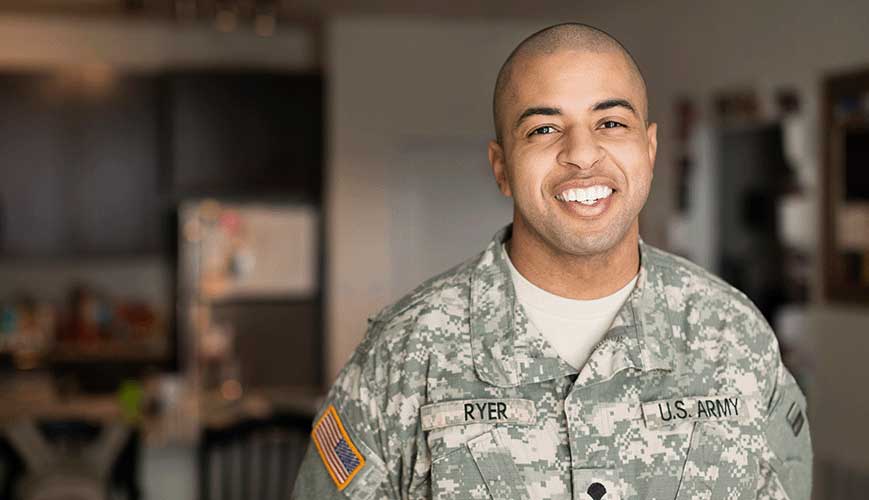 The U.S. military is almost 1.5 million strong. But keeping more than just “the few, the proud” in completely healthy condition requires a successful strategy of pain relief and injury prevention.

It isn’t any wonder the fitness industry adopted military training styles for their programs, such as boot camps and combat conditioning. The intensive formula is effective and extreme -- just the kind of workout programs a lot of fitness buffs demand.

But the intensity of military training comes at a cost to our troops. When it comes to physical trauma suffered during boot camp or Special Forces training, most men and women in uniform would rather not be in lock-step with their injured fellow soldiers.

“Preparing for military life is like an NFL player getting ready for football season -- proper preparation prevents poor performance,” says Dr. Steve Knauf, Director of Chiropractic and Compliance for The Joint Chiropractic. “In fact, all NFL teams provide access to chiropractic care because it's that important to protecting the investment they've made in their players’ health. Likewise, the U.S. must invest in their 'players,' the members of its armed services, to maintain health and performance.”

Like anyone beginning a new fitness program with gusto, one reason military members end up on the sidelines is physical pain due to overuse. But in a hint of irony, Military.com explains that it’s actually pre-boot camp underuse that leads to injuries.

If you aren’t ready for the running involved in boot camp exercises, you stand the risk of developing such trauma as stress fractures, shin splints and tendinitis, the Military article says. The key is to train before boot camp -- for three to four months -- and include load-bearing workouts. For Special Forces, experts suggest training 30-plus miles per week.

“People who do not train and start off way too hard with weightlifting, calisthenics, or of course running, will definitely see severe post-exercise soreness and joint pain,” the article says.

A history of inactivity is at the top of the list of risk factors, according to a review article in the National Institutes of Health library which compiled data regarding lower limb injuries in Army personnel. When a rise in physical output is sudden, rather than gradual, it increases the stress to the body and weakens the musculoskeletal structure, the research shows.

One of the articles reviewed says that 78 percent of all military training injuries stem from overuse, the most common involving sprains, mostly to the ankle, as well as anterior knee pain, shin splints, lower back pain, tendinitis and stress fractures. Male Army recruits incur stress fractures at a rate of 1.93 percent, while their female counterparts suffer the same injury at a rate of 7.9 percent, it says.

Military aside, those beginning military-style training best take it slow rather than jumping in boots first.

Musculoskeletal injury is one of the soldier’s worst enemies, compounded by the problem that once a soldier incurs such trauma, he or she has an elevated risk of sustaining another one. A recruit with an ankle sprain has a 13 percent greater chance of another lower limb injury later at some point, according to one of the articles cited.

Muscle & Fitness Magazine describes a success story out of an Army Ranger Regiment headed by Major Mark Ivezaj, who saw a 64 percent reduction in injuries after using the program designed by world-known weightlifter Matt Wenning.

“Current Army fitness doctrine and facilities,” Ivezaj says, “do not prepare soldiers sufficiently to conduct full-spectrum operations in general, and specifically in the mountains of Afghanistan.”

Strategy to Eliminate the Enemy

A chiropractor can help address military life’s musculoskeletal injuries through spinal manipulation and guide the patient through a recovery program. But the best strategy is to seek a chiropractor before getting flanked by physical trauma. An incoming soldier would be wise to begin with a check-up months before entry into the Armed Forces, and from there, consult the chiropractor for a plan of action. Seeking chiropractic care before you launch your physical preparation for basic training is one way to improve your chances to be at the strongest and healthiest when you arrive at boot camp.

For military men and women experiencing physical trauma, from back and neck pain to muscle soreness and joint dysfunction, chiropractic care can offer them a return to previous levels of performance. Non-invasive treatment naturally restores range of motion, reduces pain and improves recovery time.

They don’t need the supernatural endurance of Easy Company to be Army Strong, but with better pain relief and injury prevention, the U.S. Armed Forces can become a formidable band of brothers in every branch of the military. Improvements that help even a few good men can do a lot for the larger mission -- safeguarding the entire country.