Which End of the Candle Do Healthy People Burn? 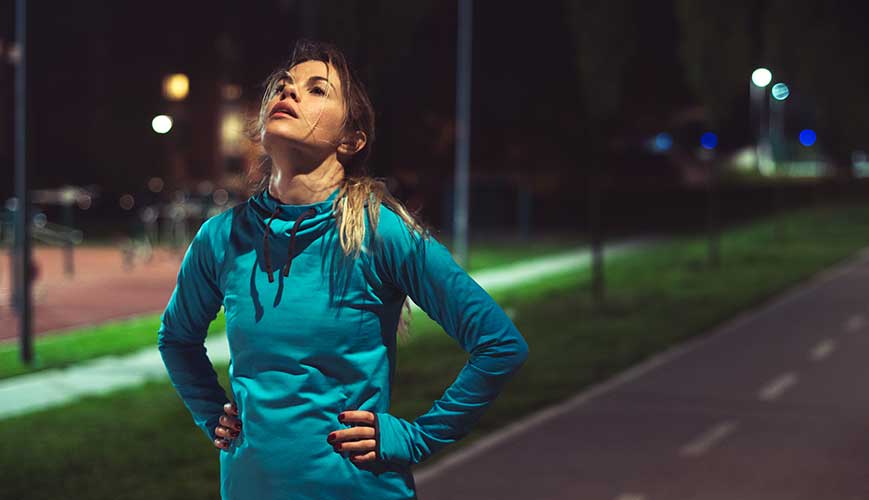 Why do we admire people who call themselves “night owls,” who boast about their ability to function on very little sleep? Perhaps it’s due, in part, to the vast quantity of work they can get done. And on top of productivity, they seem to know what’s trending, are the first to hear news, and have time to develop skills that the rest of us sluggards do not.

The problem for them? More belly fat, according to a Korean study that took a close look at fitness levels and other lifestyle factors in the lives of men and women, including whether or not they’re night owls or morning glories. The study analyzed the behavior of 575 middle-aged individuals, splitting the subjects into two opposite circadian rhythms, or “chronotypes,” says an article in Elite Daily.

The circadian rhythm is the physical, mental and behavioral response in one’s body over a 24-hour period, which is found in animals, plants, and even tiny microbes.

Does Anything Good Happen at Night?

Researchers found that the participants who were active at night -- whether older or younger than those with the opposite rhythm -- had higher body fat. Not just that -- night owls are more likely to develop medical conditions, such as diabetes, heart disease and strokes. Researcher Nan Hee Kim, who led the study, theorizes that individuals who stay up later than their peers tend to have more unhealthy habits, including overeating and smoking. Also, they often have more sedentary lifestyles.

While maladies striking night owls such as heart disease and strokes are typically associated with an older population, evening chronotypes are often young people, says an article on WebMD.com. Your natural circadian rhythm is age-related in that your sleep patterns change over a lifetime. In other words, your tendency to be a “late night person” or a “morning person” fluctuates.

"School-age children are generally early birds, and then, a few years later, teenagers become night owls. Then, as you age, you transition back into morning people," says Katherine Sharkey MD, PhD, assistant professor of internal medicine and psychiatry and human behavior at Brown University and associate director of the Sleep for Science Research Lab.

Even gender is a determiner, Sharkey says. Women tend to be most perky in the morning, while men are more often night owls.

And there seems to be little you can do to alter your sleep style. “Everyone has their own internal biological clock, and if your circadian rhythm is long, you’re more likely to be a night owl. If it’s short, you’re a morning person," says Sharkey. "The human clock is about 24 hours, thanks to earth's 24-hour light-dark cycle, and as passages of life come and go, your circadian rhythm is in flux.”

Unfortunately for night owls, Sharkey’s research affirms the bad news. “They tend to be more depressed, have a higher dependence on caffeine, and use alcohol more," she says.

However, a study in Belgium found there’s an advantage for people who love the nightlife, according to the WebMD article. Research shows that night owls are able to stay more focused as the day goes on, compared with early risers.

When you pit the two against each other, morning people win when it comes to health advantages. "Larks generally sleep better, have more regular sleep patterns, and have more flexible personalities," Sharkey says.

A study from the University of Toronto adds that morning people tend to be happier and feel healthier than night owls, the article says.

When it comes to personal traits and abilities you’re born with, it’s sometimes hard to tell if they have more drawbacks or advantages. But in the case of which end you burn the candle from, you can safely conclude that the early birds catch the worm ... and apparently a lot more.