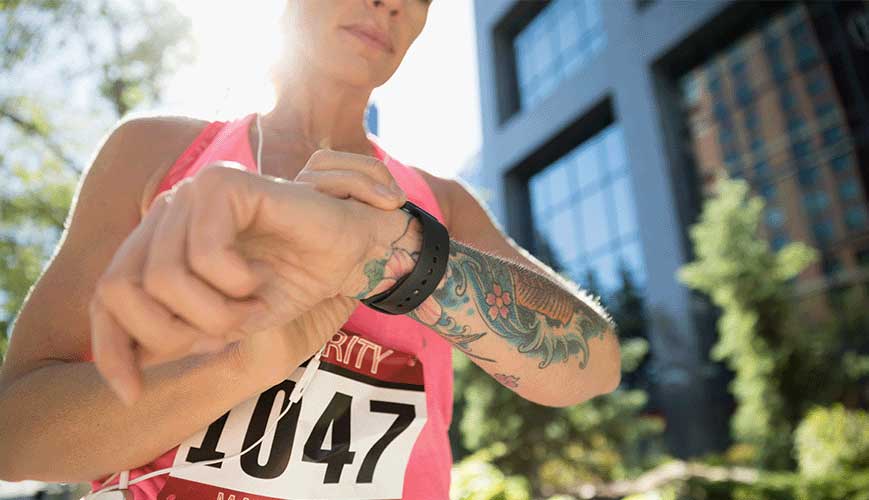 If you haven’t responded to Chuck Norris in a moment of late-night weakness, or found yourself the proud owner of a Bowflex or NordicTrack, your impulse control is saving you money and, ironically, the health issues that come with financial stress. Americans love gadgets and the health industry has plenty to sell. Some are new products, but many are familiar and widely used; there are updated versions to consider, or maybe it’s time to replace the one you have.

A survey by the Sports & Fitness Industry Association, or SFIA, last year showed that more than 50 million people in America used a treadmill one or more times in a 12-month period, according to the Washington Post. The popularity of treadmills is nothing new and still running strong. The sale of fitness equipment on this continent totals $3.5 billion annually, and 40 percent of that is the sale of treadmills. The approximate cost of a home version is $300 and commercial grade treadmills sell in the $10,000 range.

The added features are what keep it trending, the Post article says. As the popularity of gyms grew in the 1990s and 2000s, so did treadmill use, boosted by more recent lures such as machines with built-in TVs, music, and now Wi-Fi capability.

“This machine really is the foundation of a lot of people in their lives and their physical activity,” SFIA director Tom Cove said.

It’s one piece of equipment that really does seem to have something for everyone. There are some that don’t even need electricity, while those with the most bells and whistles include built-in sound systems, storage and heart rate sensors. Don’t forget to check on the basics -- such as which ones are easiest on your knees.

Fitbit may be the best known fitness tracker, but numerous companies have a version of the same device, and men and women can be found comparing their steps at the workplace, or even while socializing. And the marketplace continues to expand -- with wearable fitness devices becoming as commonplace as wristwatches once were.

Nearly 20 million fitness trackers and other wearable devices are shipped from online sales annually, says an article in the Los Angeles Times. They’ve become so widely used that entrepreneurs found a fertile market for more attractive versions of the practical devices -- especially for women. Jewelry designer Cynthia Blais made a killing by creating stylized bracelets with a hidden compartment for a Fitbit, calling her company Funktional Wearables, which she operates from her home in San Diego.

With millions of dollars in sales each year, Fitbit continues to expand its offerings, partnering with luxury brands to enable women to check their steps more privately (or at least look good doing it). According to the LA Times article, they rolled out silicone bracelets and tony gold and silver pendants by designer Tory Burch -- which sold out the first day.

Don’t be too distracted by the bling. Depending on your lifestyle, you may need one that’s waterproof or with software that recognizes activities like jumping rope.

Medical products aimed at improving posture may not be as sought after as fitness equipment, but an article on women’s media site Bustle.com says the marketplace is active. Author Taylor Fuller shares some unique products she researched and found helpful for posture correction, such as the SpineAlign Pillow, which was developed by a chiropractor. Weak or tight muscles and joint dysfunction are often partly to blame, Fuller says, adding that the specially designed pillow is a good way to augment other treatment. Alignment by a chiropractor and a personal commitment to regularly exercise your back muscles is a comprehensive blueprint to make postural corrections.

Believe it or not, there is even apparel on the market to correct posture. AlignMed designs anatomic enhancing garments using dynamic elastic technology to brace various parts of the body. Products include mid-calf pants, full-range insoles and posture shirts, which have tension panels to stimulate specific muscle groups and increase core strength through a controlled resistance designed into the garments.

Based on medical research from such institutions as Keck School of Medicine at USC, AlignMed products aim to make corrections caused by a range of disorders, including:

After a personal assessment from a chiropractor, patients diagnosed with degenerative disc disease or sacroiliac joint dysfunction to a sprained knee or tennis elbow can augment chiropractic treatment with specially designed apparel.

If the fear of missing out is making you want to grab your phone, make sure your first call is for a checkup with a chiropractor. Before you make a FOMO-fueled spending spree, you want to know if you actually need any of those products. You don’t need a houseful of equipment and the added financial strain won’t do much for your health.