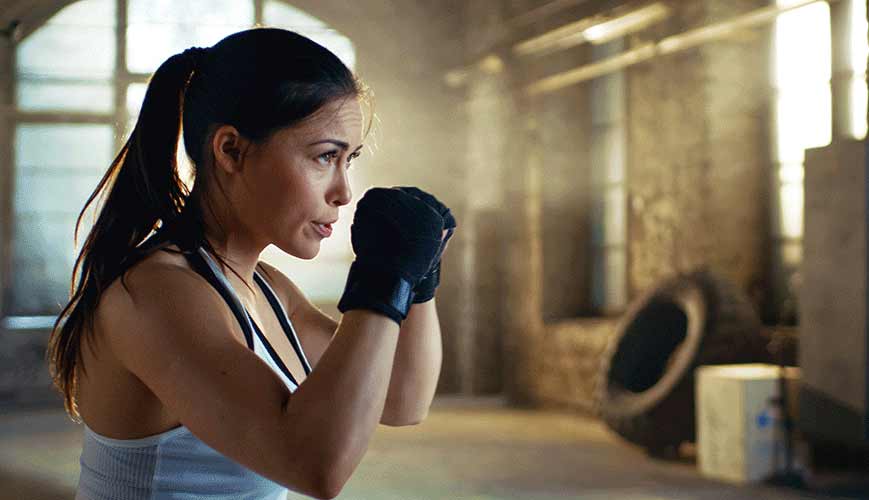 Athletic competition is aimed at seeing who has the physical ability to outdo their opponents, which in some sports means the fastest, and in others, the strongest or most skilled.

It’s about an athlete making healthy choices, building his/her body for maximum performance that should win the day. But one of the obstacles to a true competition with an accurate outcome is when opponents cheat through the use of performance enhancing drugs.

There is an old adage, “If you ain’t cheatin, you ain’t tryin’.” But there are some athletes, legends without a doubt, who have relied on a natural performance enhancer that a urine sample can’t uncover. Their success, bolstered by routine chiropractic care, should serve as an example to all of us, whether we are in a beer softball league training for an Ironman.

The use of performance enhancing drugs, or PEDs, has had a significant impact on the sporting landscape as records, and reputations, fell by the wayside through the years.

It was 1967 when the International Olympic Committee responded to news of athletes using drugs to help them get the gold medal, according to CNN. The IOC established a medical commission to hold athletes accountable, but it didn’t stop everyone.

In 1981, American discus record-holder Ben Plucknett was banned by the International Amateur Athletics Federation because he tested positive for steroids.

In 1989, the world’s fastest man, Canadian Ben Johnson, admitted he had taken steroids prior to setting a world record in the 100 meters at the 1988 Olympic Games.

In 2006, Justin Gatlin was stripped of his world record status in the 100-meter race by the U.S. Anti-Doping Agency, which banned him for eight years for his second infraction for using drugs.

In 2015, Rita Jeptoo of Kenya, who won the Boston Marathon three times, was found using performance enhancers and banned from competition.

In 2016, an Olympic swimmer from China tested positive for a banned substance, and there were 167 Russian Olympians suspended by the IOC. The same year, the International Weightlifting Federation said there were 15 Olympic weightlifters reportedly using illegal growth hormones.

Sports organizations of all kinds have been faced with the issue over the last five decades. In 1987, the NFL decided to test players for steroid use.

Major League Baseball began random testing for human growth hormone in 2013, but prior to that, numerous MLB players admitted to using performance enhancers, including Alex Rodriguez, Mark McGwire and Jose Canseco. Barry Bonds, Roger Clemens and Sammy Sosa have been denied entry into the Hall of Fame for the mere suspicion of using PEDs.

Tour de France cyclists have famously been called out for drug use, including Bjarne Riis, Floyd Landis, Alberto Contador and Lance Armstrong.

Clearly, there’s no shortage of star power when it comes to athletes looking to shortcut the rules to give their bodies an unnatural physical advantage.

Drugs Compete for the Title

In 2004, the FDA took action against androstenedione, an anabolic steroid that the body turns into testosterone, which prior to that was sold over-the-counter and gained some infamy with its use -- while legal -- by Mark McGwire when he broke Roger Maris’ single-season home run record in 1989. It is banned by the NFL, the Olympics, the NCAA and MLB.

Diuretics, which people take for weight loss, are also banned because athletes sometimes use them to mask drug test results.

Many of the world’s most notable athletes turn to chiropractors for prevention and treatment of injuries, according to an article by The Health Journal. Tennis star Venus Williams, golfer Tiger Woods and basketball legend Michael Jordan are three superstars who have benefited from chiropractic care. If it’s good enough for them, it should be good enough for the rest of us.

The article says that approximately 90 percent of all world-class athletes rely on the expertise of chiropractors for injury prevention and to maximize performance, such as football great Jerry Rice, who said: “The game of life requires the edge that chiropractic care provides.”

Every NFL team employs a chiropractor, as do other professional sports programs. U.S. Olympians brought chiropractors onto their support staff beginning in 1976.

A Medical Websites article from Australia shares the names of a number of athletes who tout the benefits of chiropractic care. BASE jumper Rex Pemberton, the youngest individual from Down Under to climb Mt. Everest, credits chiropractic treatment for increased flexibility he needs for extreme sports and for recovery from blunt trauma he experienced in the past.

Mixed martial arts fighter Ronda Rousey says that seeing a chiropractor has augmented her skills by adding strength and agility to her performance. The bantamweight champion also seeks chiropractic treatment for symptoms from body blows that result from competition.

“(For) a lot of the injuries that I get during training, I can count on my chiropractor because he always helps me get better,” she says.

Athletes get a lot of choices in their careers, including coaches, training venues and competitive strategies. And the good thing about the natural benefits of chiropractic care is the added boost to physical performance. It’s a way to even the playing field so that, truly, the best man or woman wins.