Seniors and Sports: Staying Active in the Twilight Years 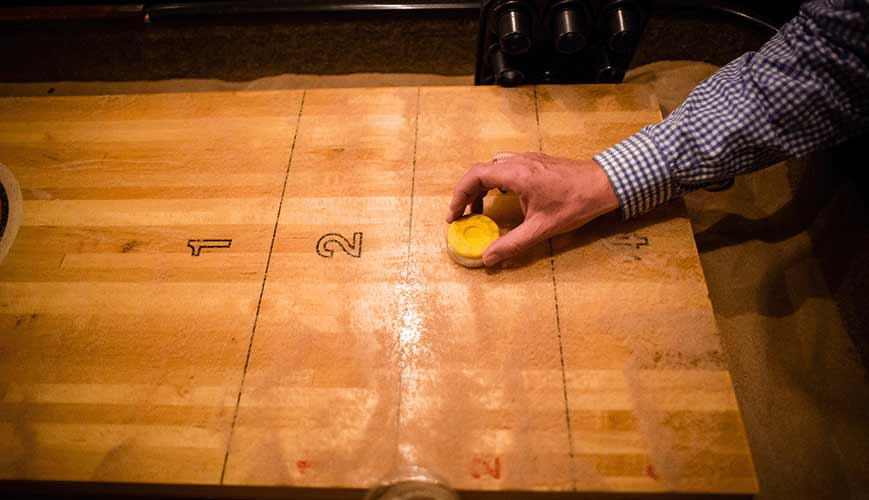 It used to be that senior citizens were Depression children who grew up pushing plows and swing dancing. But time marches on, and now the oldest Americans are those who cut their teeth on TV dinners, Roy Rogers and Jack LaLanne.

At some point, we have to admit we’ve moved up a rung and aren’t the youngest among us anymore. But children and young adults aren’t the only ones who want to be active and participate in athletics and its benefits; seniors have favorite sports too, but they need to be cautious about overdoing it.

Like an adaptive device for the disabled, some athletics are a type of hybrid that provides healthy competition for older adults who can no longer participate in sports that require fast reflexes or superior speed.

Pickleball can be described as a cross between tennis and ping-pong (serious players call it table tennis) -- you play it on a court, but the polymer balls are much lighter than tennis balls, and you hit with paddles, not rackets.

The Medical University of South Carolina’s Healthy Aging Newsletter says that pickleball is the fastest growing sport in America, especially for seniors. But, why?

“Of all the racket sports (tennis, squash, ping-pong and badminton) the pickleball devotees who have played other sports claim it is the most fun,” the article says. “You do not have to be the world’s most gifted athlete to play and enjoy it. Unlike tennis, for example, pickleball can be learned and played at a reasonable level quickly by almost anyone. You will see people of all ages, all physiognomy, and all athletic ability out on the courts having fun playing.”

That explains why it’s growing in popularity, but there are caveats -- it’s still an active sport, so you need to be sure your joints are healthy and muscles are warmed up.

Even though the courts are markedly smaller than tennis courts, you run front-and-back, side-to-side every game. There are plenty of opportunities for twisted knees or sprained ankles.

Approximately 25,000 people sprain their ankles every day, says the American Orthopaedic Foot and Ankle Society. An ankle sprain refers to tearing or stretching ligaments when you roll, twist or turn your foot. Sometimes there’s a popping sound. If your ankle swells and you can’t stand on it, you may have a severe sprain.

If a sprained ankle is not treated quickly, it can become worse, but you can begin with some self-care:

Try these home remedies, but make an appointment with your chiropractor because, if there’s damage to the tendons or ligaments on the inside of your ankle, there is possible displacement of the tarsal bones of the ankle as well. And an untreated ankle sprain can lead to further problems with your ankle joint, knees and potentially your lower back.

You’ve seen them in the park, at a resort, or on a cruise: Senior citizens seem to love shuffleboard.

Versions of the game were played as early as the 1400s in England, says an article about shuffleboard on the Legacy Billiards website. Called “shove-groat,” it involved sliding a “groat,” or large silver coin, down the table. The game had other incarnations, and it suffered from PR problems along the way -- it supposedly attracted players who gambled and drank too much. Today the challenge is getting past its reputation as an “old person’s game.”

If you only play shuffleboard on vacation, it doesn’t mean you’re safe from physical injuries. In fact, if you don’t maintain your joint health year-round, you’re increasing the chance of straining a muscle because it’s an activity involving movement you aren’t used to doing.

The sudden, jolting push that sends your shuffleboard disks to victory may be what keeps you from scoring in your physical wellness. An injury to your hand or arm can get you sidelined.

If you overdo it, call your chiropractor. But you can begin home treatment with the following:

See your chiropractor for pain that persists in your shoulder, arm or wrist after playing. Or better yet, prevent injury with regular visits for treatment. Routine chiropractic care keeps joints healthy and improves your range of motion, which could even improve your game!

If the suggestion you could get injured while bowling makes you roll your eyes, you may have forgotten it’s an activity that involves heavy lifting, holding, swinging and throwing.

In Bowling This Month, instructor Phil Regan discusses the types of article about shuffleboard injuries you get from bowling. He claims there are dozens of ways you can become injured as a bowler.

You can get used to the idea that you’re now a member of the generation buying Depends and driving 20 mph below the speed limit -- even if you’re not there yet. But even if you are, you can still be active as long as your body is prepared for what it takes.

There’s plenty of excitement awaiting you if you suit up and get to the courts or bowling lanes to compete against others or yourself. There’s also benefits to your health. Just take a few precautions along the way.