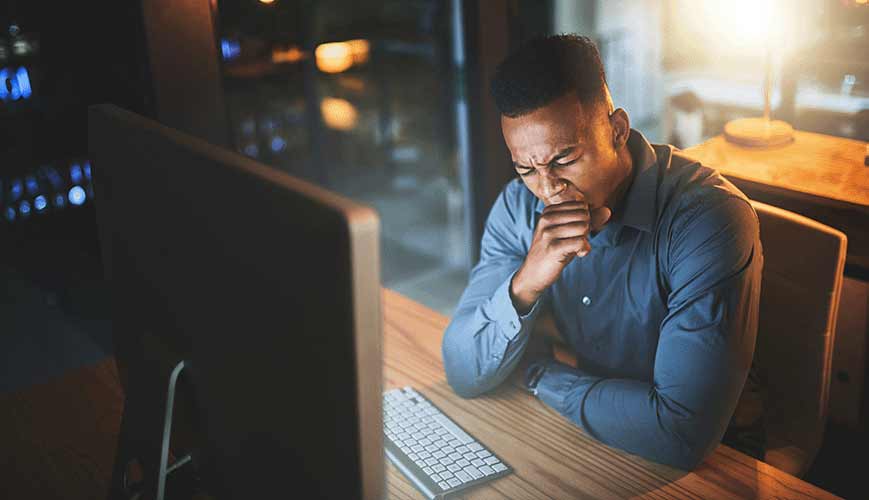 One of the earliest examples of a sleep study wasn’t a study at all. It was a publicity stunt by a New York City disc jockey.

When DJ Peter Tripp stayed awake for 201 hours for his radio audience in 1959, it enabled researchers to study the effects of sleep deprivation. According to an article on Study.com, Tripp’s “Wakeathon” to benefit the March of Dimes lasted eight days, during which medical professionals observed and collected data.

His body temperature dropped and his typically cheerful demeanor began to fade on the second day. Tripp became impatient, using cruel language and swearing at those who were present. Five days into the experiment, the sleep-deprived DJ began hallucinating, becoming terrified of a supposed spider crawling in and out of his shoes.

While most people with sleep issues don’t experience its effects to the point of paranoia and hallucination as in the case of Peter Tripp, a brain with inadequate sleep becomes impaired. According to an article on TheConversation.com, sleep-deprived individuals show greater stress and anger than those who are rested.

The amygdala, which is your brain’s emotional control center, becomes more active when you don’t get enough sleep and sometimes incites irrational verbal responses. When study participants are shown negative images, the brain’s amygdala in the sleep-deprived group becomes 60 percent more active than the brain activity in subjects who are well rested.

A lack of sleep disconnects the amygdala from the medial prefrontal cortex, which regulates the function in that area of the brain. The lack of proper moderation explains why the amygdala overreacts to negative stimuli.

A study at Duke University showed that there’s a change in people’s gambling habits when they lack adequate sleep. For one thing, they make riskier decisions when they stay up all night, a fact that’s become useful to successful casino owners.

Physical Challenges from Lack of Sleep

In addition to damaging your state of mind, including mood, judgment and ability to retain information, there can be long-term effects of inadequate levels of sleep. There’s an increase in accidents and injuries among tired individuals, and sleep deprivation can lead to long-term physical health problems as well.

Cross-sectional epidemiological studies use questionnaires to examine sleep habits to prove the existence of related diseases in large populations. Long-term data collection allows them to draw conclusions about the effectiveness of adjusting an individual’s sleep pattern to lessen the severity of certain diseases.

Some of the most common conditions associated with a lack of sleep are:

Symptoms and Treatment for Sleep Disorders

If your sleep patterns have changed, or you suspect you aren’t getting enough shut-eye, your first step is to gauge whether or not you’re developing a medical condition. The website for the National Heart, Lung, and Blood Institute, or NHLBI, has an article with a list of indicators that a lack of sleep may be damaging your health.

Symptoms of sleep deprivation include:

It may be helpful to keep a sleep diary in which you record length of sleep and how rested you feel - both when you wake in the morning and throughout the day.

One method to identify the extent your lack of sleep is affecting your wellness is to consult a chiropractor. By discussing changes in your sleep habits, as well as a range of lifestyle choices, you may be able to pinpoint a catalyst for your sleep issues. Your chiropractor can help you develop a diet and exercise plan to regulate your energy levels, as well as treat painful symptoms that may be disrupting your sleep.

There are few things in life that show as direct a link to your overall wellness as sleep does.

“Research shows that getting enough quality sleep at the right times is vital for mental health, physical health, quality of life, and safety,” the NHLBI article says.

The need for sleep is an important factor which should be taken seriously, not used as a stunt or challenge. It’s not a luxury; maintaining a routine with healthy sleep habits is a human requirement.