Is There a Best Way to Recover During Your Sport? 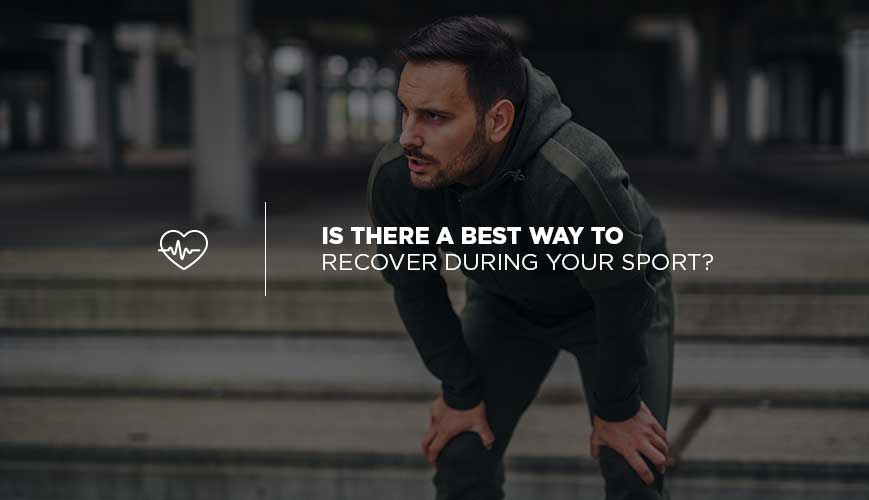 When you tune in to the Games of the XXXII Olympiad this summer, you’re bound to see a lot of running, jumping, swinging, and diving. All eyes will be on these world-class competitors as they raise the hopes of their compatriots along with their heart rates.

Athletes in the 28 sports of the Summer Olympics are presumably in the best condition of their lives, but during the heat of battle they still have down time. The recovery stance they take between rounds, heats, bouts, or events depends on which posture serves them best, and it varies according to the individual’s preference and the type of athletics they practice.

Every level of sports -- amateur or pro -- involves physical output which means you also make a choice about recovery posture. After years in Little League or the big leagues, athletes discover a resting pose that effectively makes them ready to move on, whether it’s to dinner or another competitive challenge.

An article in Runner’s World discusses various opinions about the best recovery stance to take for breaks and brief intervals during competition or throughout a vigorous workout. Many track and field athletes are taught by their coaches that the best recovery stance after a hard run is to stand upright and place their hands on the back of the head. The theory behind it is that raising your arms opens the chest and enhances your breathing capacity.

But the truth is your recovery is far better when you rest your hands on your knees, says Rondel King, a former exercise physiologist at New York University’s Langone’s Sports Performance Center. Leaning forward enables your diaphragm to function by relaxing the muscles around your mediastinum, the part of your body that holds your heart and lungs.

Not only does it facilitate breathing more efficiently when you lean forward and put your hands on your knees, people move into that stance naturally. “And because the function of your diaphragm muscle is tied to your nervous system -- which controls most of what your body does like breathing and how you respond to an emergency -- putting your hands on your knees can take your body out of its fight-or-flight response and slow your breathing down,” King says.

More research on the topic is necessary. Although it may be that there is no right or wrong way to recover, a basketball player resting his hands on his knees might be the result of the evolutionary process.

The Exception Rather Than the Rule

Members of the public have dramatic images of the corner of the ring, from Rocky getting his eye cut to Clint Eastwood’s Million Dollar Baby getting knocked to the ground. A boxer’s use of the corner chair isn’t always this dramatic, especially when it isn’t used at all.

One boxing icon shared publicly his preferred recovery stance in the ring during his comeback. George Foreman, an Olympic Gold Medalist in 1968 who was a decade removed from his active career when he launched a high profile return to the ring at age 38, shared on Twitter: “I stood between rounds because I was so heavy; I thought if I sat down I won’t be able to get up.”

Big George may have been joking as he reinvented himself, but another Olympic and World champ -- Sugar Ray Leonard -- said that Foreman standing between rounds must have been devastating psychologically to a winded opponent in the opposite corner. Hard to know if the risk is worth the reward for regular Joes, but 22 years after beating Joe Frazier for the title in 1972, Foreman won the championship again at age 45.

If you tune in to more than one Olympic competition, you’ll see more than one style of recovery posture. The nature of the sport and the individual’s preference both come into play.

Performance is greatly affected by an athlete’s ability to recover between bouts of physical activity and nowhere is this back-and-forth more obvious than during combat sports such as boxing. A boxer’s one-minute break must prove very effective if he or she expects to make it to the final round. That’s why Foreman was the exception rather than the rule, but during his prime years, he took a seat like everyone else.

Basketball players can’t plan their work-pause ratio, but they can make the most of timeouts. If you’re an NBA fan you know they have access to products from massage guns to ice baths. But on a fairly regular basis, players lean over with their hands on their knees while in a huddle or on the sidelines during a break.

In fast-paced athletics such as rugby, soccer, or football, along with virtually any sport with a net, the effectiveness of your time between action needs to maximize strength and minimize loss of breath. Sometimes it makes a world of difference.

Sometimes it makes a champion.

Kids and Chiropractic: Here’s Why They’re a Good Match

By Sara Butler Every parent wants the best for their children. From the moment you know of their impending …

Heat Wave: How to Keep Seniors (and Yourself) Safe as Temperatures Rise

By Martha Michael No matter how many times you’ve circled the sun, it’s easy to forget that when …