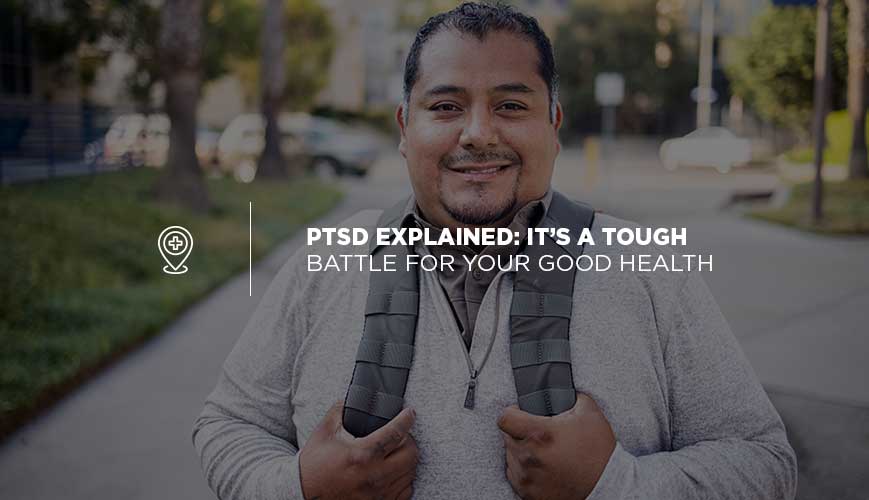 If you have limited contact with individuals suffering from post-traumatic stress disorder, your image of its effects may only describe a fraction of cases. Not all the 8 million Americans with PTSD are war veterans fighting a personal battle with flashbacks. There are a wide range of experiences that can trigger symptoms of PTSD and it can happen to anyone who has lived through traumatic circumstances.

It’s easy to see why PTSD and the military are so closely linked, according to an article by the American Psychiatric Association, or APA. More than 100 years ago there were soldiers suffering from “shell shock” during World War I, with symptoms that included tremors, nightmares, and other reactions brought on by battlefield trauma. Similar behaviors were described as “combat fatigue” during World War II.

Today an estimated 1 in 11 people will be diagnosed with PTSD in their lifetime. Men and women from any ethnic group or career path are susceptible to the disorder. However, women have twice the chance of developing PTSD. Also, Caucasians in the United States have lower rates of PTSD than Latinos, African Americans and American Indians.

The kinds of trauma causing PTSD may stem from living with a mentally unbalanced individual, the death of a close family member, witnessing a violent act, or exposure to disturbing narratives such as child abuse.

Many Americans are aware of outward signs of PTSD from overreactions and paranoid comments to sitting alone in a fetal position. These behaviors all begin with emotional symptoms falling into four categories, according to the APA article.

The stress brought on by trauma and the resulting symptoms of PTSD cause physical changes to your body. A blog by PTSD UK, a Scottish nonprofit online community, explains the effects of cortisol, which is a chemical in your brain that responds to stress. Created by your adrenal glands, this hormone puts you on high alert and gives you a burst of energy to deal with the stressful situation.

Cortisol is a beneficial part of your health system that contributes to balanced sugar levels, blood pressure regulation, and your immune system. As a stress hormone, however, it is meant to support your body in short-term situations, which become a problem for people with PTSD. The stress they continue to experience by reliving trauma keeps the adrenal cortex activated. When you maintain high cortisol levels over time you can develop the following physical symptoms.

Ringing in your ears - The nerve impulses that your ear sends to your brain are interpreted as sound. When your body is undergoing stress, your ears send a series of impulses to the limbic region of your brain which interprets the ongoing noise as ringing.

Weight gain - Your cortisol level affects fat storage, which means it has a bearing on your weight. The stress that comes with PTSD increases cortisol production, which can lead to sugar cravings and overeating.

Cold hands and feet - Individuals with PTSD live frequently in a state of “fight, flight or freeze,” which redirects the flow of blood toward organs and away from extremities.

Excessive yawning - Your anxiety can communicate to the brain that you aren’t getting enough air, so your body inhales through yawning.

Aches and pains - Some symptoms of PTSD contribute to tension in the joints and muscles. Also, the hypervigilance brought on by the disorder increases cortisol production, depleting your adrenal glands and raising your levels of the hormone prolactin, which can cause greater sensitivity to pain.

There is a lot happening under the surface, both mentally and physically, when someone suffers from post-traumatic stress disorder. It’s a good idea to get professional help if you’re plagued by replays of trauma because curbing the lasting effects of PTSD involves a battle for the health of your mind and body.