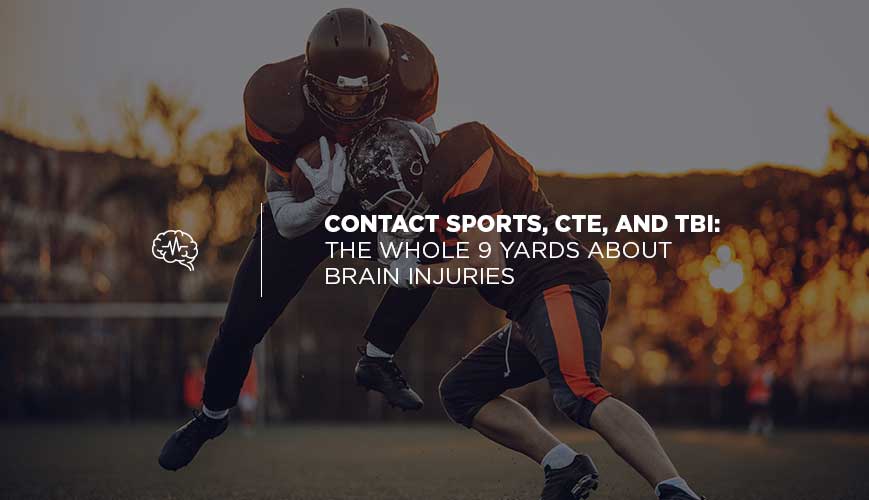 When 21-year-old Junior Seau became an NFL first-round draft pick in 1990, he reached an exhilarating level of fulfillment few people get the chance to experience. Unfortunately, that personal high wouldn’t last forever. Two years after retiring from a brilliant 20-year career playing for San Diego, Miami, and New England, the 12-time Pro Bowl linebacker committed suicide at age 43 by shooting himself in the chest.

Eager to examine Seau following his 2012 death, studies from his brain tissue pointed to evidence of chronic traumatic encephalopathy, or CTE, which is typically found in victims of repetitive head injuries, according to the National Institutes of Health. Thus, Seau joined the growing group of NFL players who met a tragic end and subsequent diagnosis after playing the sport they loved.

CTE can only be diagnosed after death as cellular changes show up during autopsies, according to an article by MedicineNet. First identified in former boxers, the focus has turned to professional football players who experience multiple concussions and develop phases of brain injury from memory disruption to aggression, according to researchers at Boston University School of Medicine. Before shooting himself in the chest in 2011, depressed four-time Pro Bowl safety Dave Duerson’s suicide note specified that his brain be studied by the Boston researchers, who concluded he had CTE.

Editor’s Note: If you feel as if you want to harm yourself or others, the National Suicide Prevention Hotline is 800-273-8255.

Thousands of former NFL players filed a lawsuit charging the NFL with negligence in protecting players from concussions and reached a $750 million settlement in 2013. The National Football League has since provided a $30 million grant to the National Institutes of Health to research the dangers of concussion for players.

Not all deaths are limited to the player, which is why studying CTE is so important. Severe brain trauma was evident in the frontal lobe of former NFL player Phillip Adams, who suffered many concussions during his career and ended his life after fatally shooting six people, according to The Guardian. Adams had stage 2 CTE, the same level found in 24 NFL players who died in their 20s and 30s, according to Boston University scientists. Symptoms of the second stage include:

There are many causes of injury to the head resulting in trauma to brain tissue, according to an article on the Mayo Clinic website. Auto accidents, physical attacks, and falls can result in bleeding, tears, or bruising to the brain -- some fatal and others causing long-term medical problems.

Those who are at greatest risk of experiencing brain injuries cover a wide span of ages:

Physical - Developing a headache, becoming dizzy or sleepy, or problems with speech can indicate an injury to the brain. Other signs are nausea and vomiting.

Sensory - If you experience changes in your ability to taste or smell, blurry vision, or ringing in your ears, it may be the result of brain trauma.

Mental - Losing consciousness for any length of time should be taken seriously. Also watch for feelings of confusion or problems with memory and concentration.

Traumatic brain injury, or TBI, can range from mild to severe and treatment differs depending on how acute the case. The foremost means of recovery for mild TBI is rest. A rapid return to your normal routine is ill-advised because you’re more likely to experience a gradual relief from symptoms by taking things slowly. Contact your healthcare provider if you don’t see improvement in your condition.

After stabilizing a patient with moderate to severe TBI, the most important treatment options include monitoring blood pressure and checking the amount of blood and oxygen reaching the brain. Rehabilitation therapies may be recommended for next steps depending on symptoms. For instance, victims of TBI who lose memory and attention can benefit from cognitive therapy, while chiropractic care is an effective treatment for those with a loss of coordination, flexibility, and physical strength. Individuals needing to develop a new career path may seek vocational counseling.

Whether you experience a brain injury while conducting an ordinary task such as commuting to work or from years of satisfying athletic competition, it can result in many of the same challenges. No amount of applause from the stands can regain what you’ve lost after trauma to the head. Getting adequate help is a key component in developing a treatment plan for a victim of a traumatic brain injury to successfully lift them from the depths of despair to a place of mental and physical recovery that’s worthy of a high-five.

In the end, recognizing the problem and dealing with it is a win that the families of CTE sufferers would take in a heartbeat.

Chiropractic for Limb Pain and Discomfort

How Chiropractic Works: What You Need to Know

By Brandi Goodman Most people have heard of a chiropractor. That doesn’t mean they know precisely …

Is Your Mattress Causing You Back Pain? 3 Things to Check For