Welcome to The Joint Chiropractic - Stuart! As your Stuart chiropractor dedicated to family chiropractic and spine health, we invite you to join the millions of Americans who have not only found relief from lower back pain, sciatica pain, and migraines, but also a pathway to wellness with chiropractic's natural, drug-free approach to healthcare.

How can chiropractors at The Joint Chiropractic in Stuart help you?

Whether you have seen a chiropractor in the past or are seeking a local chiropractor near you for the first time, expect your visit to The Joint Chiropractic - Stuart to be different from any healthcare experience you've had before. Perhaps even life-changing.

Here are a few reasons why The Joint Chiropractic in Stuart is your perfect destination for pain relief and preventative care:

So whatever “symptoms” you or your family may be experiencing, visit our Stuart chiropractic office today to learn more about how you could improve your overall health and well-being. And remember, you never need an appointment to visit, so stop in when it is convenient for you. We look forward to seeing you soon!

Dr. Timothy O’Grady became part of The Joint Chiropractic’s team of local healthcare providers in 2020, and in 2021 he became a franchise owner to serve residents in Stuart with the work he finds so rewarding.

“The thing I like best about being in the chiropractic field is helping patients without the use of drugs or surgery,” he says. “I love interacting with patients and understanding their needs.”

Dr. O’Grady grew up in New Hampshire and the small-town attributes there attracted him to what Stuart offered as a community after working previously in Fort Pierce. He and his wife, who markets the franchise, have “a cat named Anakin that thinks he’s a dog”; they also have a daughter living in New York City and a son in Los Angeles.

In his spare time, Dr. O’Grady likes working out and playing hockey. He earned his doctorate of chiropractic from National College of Chiropractic, but prior to that attended University of New Hampshire, where he got a degree in human biology and was part of a three-year post-graduate rehabilitation diplomate program in physical rehabilitation.

He is extremely proud of his work and the impact he’s had on the lives of those who have entrusted him with their healthcare: “Over my 30 years as a chiropractor, I’ve helped many patients avoid surgical procedures.”

When it comes to health in the kitchen, Dr. O’Grady relies heavily on breakfast smoothies made fresh by his wife.

If he could sit down with anyone in history, Dr. O’Grady would like to pick the brains of entrepreneur Elon Musk and basketball legend Michael Jordan.

A book that has meant a lot to him is Investment Biker: Around the World with Jim Rogers. “It expanded my view of the world and how we interact,” he says.

Dr. Mardochee Gustave became part of The Joint Chiropractic’s team of local healthcare providers in 2021 when he began serving residents in Stuart, where he continues doing the work he finds so rewarding.

“The thing I love most about being in the chiropractic field is giving patients the ability to restore normal function so they can continue doing what they love to do,” he says. “It’s gratifying to educate patients on how the nervous system works and their overall health and wellness.”

Dr. Gustave -- you can call him Dr. G if you’d like -- was born and raised in Nyack, N.Y. He and his wife (who is a literacy coach at an elementary school) have a daughter and son, and enjoy spending time outdoors gardening, playing soccer, and spending time at the beach. Dr. Gustave also likes watching sports and attending church.

He earned his doctorate from Palmer College of Chiropractic in Port Orange. He had previously earned a bachelor’s degree in sports and exercise science at University of Central Florida.

“During my time at UCF I had the opportunity to shadow a local chiropractor who was also my kinesiology professor,” Dr. Gustave says. “Seeing how he changed many of his patients’ lives interested me in wanting to do the same. I wanted to give patients hope when it came to making better decisions about their health and not just relying on our traditional healthcare model.”

That initial interest in chiropractic began much earlier when he would visit the chiropractor with his father: “Seeing how chiropractic care gave my dad his life back after his car accident made me intrigued with the profession from a young age. He still visits his local chiropractor weekly as a part of his preventive healthcare routine.”

The thing he enjoys most while at The Joint in Stuart is meeting and caring for his patients and developing a relationship with each so they feel at home.

Dr. Gustave says the food item he always keeps stocked in his freezer is an American favorite. “As a kid growing up, vanilla ice cream was my favorite go-to choice. It’s not the most exciting flavor, but you can always rely on it to taste good with everything.”

If he could sit down with anyone from history for his ideal dinner party, Dr. Gustave would include basketball player Kobe Bryant to ask about how he became so dominant and how he was able to be a successful brand and business owner; Michael Jackson and Jennifer Lopez, to ask how they remain so poised on stage while performing, and from where they got their inspiration; and Steve Jobs to find out what pushed him to become the visionary to create Apple and the impact it had on the way we use technology.

The most impactful book he has read was Relationship Goals by Michael Todd. “It has not only helped me build and maintain a relationship with my wife,” he says, “but also friends, family, and patients.”

Dr. Kelly Kane became part of The Joint Chiropractic’s team of local healthcare providers in 2021 when she began serving residents in Stuart, where she continues doing the work he finds so rewarding.

“The thing I love most about being in the chiropractic field is helping others with a natural approach and making a difference in patients' lives without the use of drugs or other medications.”

Dr. Kelly was born and raised in Elmira, New York but recently moved to Florida after 29 years and could not be happier! She enjoys going to the gym, walking her dog, Sophie, and discovering new restaurants around the area.

She earned her Doctor of Chiropractic degree from New York Chiropractic College. She previously earned a Master’s in Nutrition and a Bachelor of Science.

“I knew Chiropractic was calling my name when I saw a man come into the clinic in walker. After he received an adjustment, he was able to walk out to his car without any assistance. It was amazing to see how you could change an individual's life with an adjustment.”

The thing she enjoys most while at The Joint Chiropractic in Stuart is getting to know the community and helping them become healthy and happy visiting the clinic.

Dr. Kelly says the one thing in her fridge that she must have is Alani Nu drinks because it helps to provide her with the natural energy she needs in the morning.

If she could sit down with anyone from history for her ideal dinner party, Dr. Kelly would include soccer player Mia Hamm, because she has always admired her from a young age and Tommy Hilfiger because he is from the same small town in New York and became a huge success.

Do You Cease Exercising When It Is Cold?

By Tom HerrinIf you are into exercising, you likely try to stay on a schedule as much as possible.  We generally learn a lesson when we get off schedule and have to struggle to get back on.  At …

What Is Edamame? Healthy

By Paul RothbartYou may have heard of edamame but perhaps are not sure what it is. It's often served in Japanese and Chinese restaurants and most supermarkets carry it in the frozen section. But what … 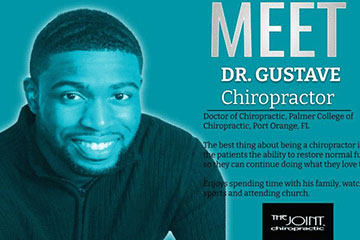 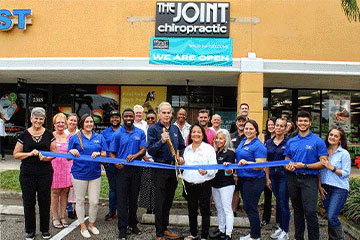 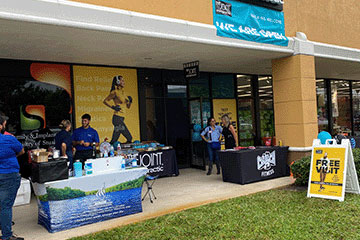 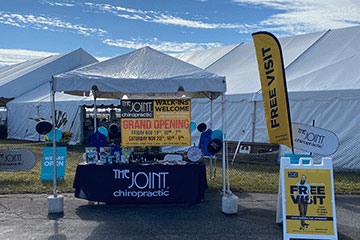 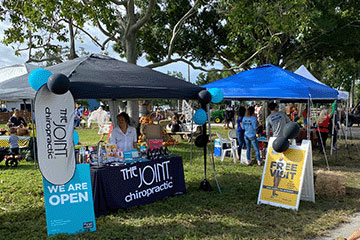 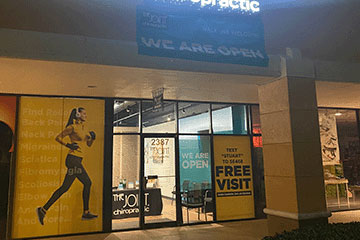 This clinic is owned and operated by TNIOJ, LLC

Fads and Foods? Forget It! Add These Powerhouses to Your Diet

By Sara Butler If you’ve lived on this planet for any amount of time, then you’ve also heard about …