Welcome to The Joint Chiropractic - Bloomington! As your Bloomington chiropractor dedicated to family chiropractic and spine health, we invite you to join the millions of Americans who have not only found relief from lower back pain, sciatica pain, and migraines, but also a pathway to wellness with chiropractic's natural, drug-free approach to healthcare.

How can chiropractors at The Joint Chiropractic in Bloomington help you?

Whether you have seen a chiropractor in the past or are seeking a local chiropractor near you for the first time, expect your visit to The Joint Chiropractic - Bloomington to be different from any healthcare experience you've had before. Perhaps even life-changing.

Here are a few reasons why The Joint Chiropractic in Bloomington is your perfect destination for pain relief and preventative care:

So whatever “symptoms” you or your family may be experiencing, visit our Bloomington chiropractic office today to learn more about how you could improve your overall health and well-being. And remember, you never need an appointment to visit, so stop in when it is convenient for you. We look forward to seeing you soon!

Dr. Drew Selnes, a native Minnesotan, grew up with a well-known massage therapist. His father’s work made him interested in helping people from an early age. He started his college experience at Normandale for undergraduate studies and went on to receive his Doctorate from Northwestern Health Sciences University in 2018.

“My favorite thing about chiropractic is seeing patients progressing from dysfunction to optimization through regular care so they can live their best lives.”

In his free time, Dr. Selnes enjoys painting with Bob Ross and playing his violin. He doesn’t like to admit it, but he is quite the talented violinist.

Dr. Selnes says that he became interested in chiropractic as a teen when he started seeing a chiropractor for headaches. “She completely got rid of them. I decided then that I wanted to change people’s lives like she changed mine.”

“I love the Joint’s model to make it quick and easy for patient’s to get regular care and enhance physical function in their day to day lives; thus allowing them to continue doing the things they love.”

We asked him what he always needs in his kitchen; He said “I can’t live without my coffee... specifically with stevia.” I think we have all been there…

If Dr. Selnes could meet with anyone alive or dead, he says there is only one of interest; famous composer, Dimitri Shostakovich. “His music is beautiful in such a sinister way; I would love to find out what devious emotions/thoughts he was experiencing at the time.”

He says the coolest thing he has ever done is driving and hiking through the mountains of Colorado. “It was visually stunning and so peaceful. I would love to go back.”

Dr. John McKeague has been practicing at The Joint in the metro area since 2015. A graduate of Northwestern Health Sciences University, Dr. McKeague leads our Region by wearing many hats. His focuses include developing the market. hiring, training. and certifying our doctors, as well and treating patients in our Apple Valley, Bloomington, Burnsville, Eagan, Maple Grove, Roseville and Woodbury clinics.

“The thing I like best about being in the chiropractic field is affecting the community in a positive way on a daily basis,” he says. “The other thing I really love is working with athletes and kids.”

In his spare time, Dr. McKeague enjoys spending time outdoors, typically hiking or fishing. He and wife Kari also delight in playing with their two sons and daughter, and overseeing their cat, Lucy.

Dr. McKeague says he became interested in chiropractic when he was a college athlete and he recognized how much it helped him. “After shadowing some doctors at some chiropractic offices, I knew I wanted to do that,” he says.

As a doctor who sees patients in multiple locations, Dr. McKeague sees many different people, which fits right in with his love for the craft of healing with his hands. He gets to spread the message to more people.

“I love The Joint’s focus on the importance of wellness care and the positive impact it has on your life,” he says.

Dr. McKeague likes it spicy. The one item he must have in his refrigerator at all times is hot sauce. “I have been a chili head from the age of 1,” he explains, “and living in a bland world would be rough.”

Given an opportunity to put together the dinner party of his dreams with various figures from history, Dr. McKeague would gather together those he says have had the most influence on his life: Egyptian ruler Cleopatra, inventor/futurist Nikola Tesla, businessman Elon Musk and comedian/host Joe Rogan.

But rather than ask questions of Cleopatra, Dr. McKeague says he would much rather have the opportunity to have dinner with himself at various points in his lifetime, “say the 10-, 25-, 50- and 80-year-old versions of me.”

“They would all be very different people, which I think would be fascinating to actually see,” Dr. McKeague says. “I think it would be cool to learn from the past and things that I may have forgotten about, and to see where I am going in the future.”

He says the coolest thing he has ever done was become a father because every day is an adventure. “Outside the lame dad answer,” he says, “I took a 100-mile hike through the canyons in Utah that was pretty amazing.” 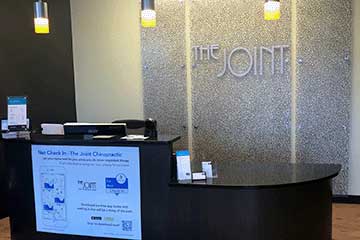 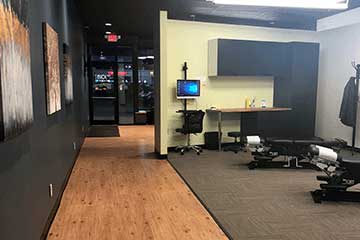 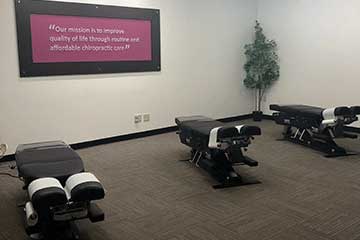 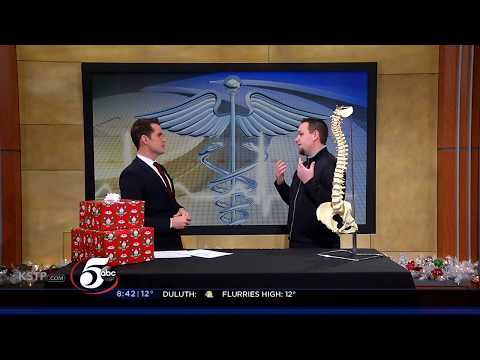 This clinic is owned and operated by DC Group PC and managed by S & Q, LLC