Welcome to The Joint Chiropractic - Azusa! As your Azusa chiropractor dedicated to family chiropractic and spine health, we invite you to join the millions of Americans who have not only found relief from lower back pain, sciatica pain, and migraines, but also a pathway to wellness with chiropractic's natural, drug-free approach to healthcare.

How can chiropractors at The Joint Chiropractic in Azusa help you?

Whether you have seen a chiropractor in the past or are seeking a local chiropractor near you for the first time, expect your visit to The Joint Chiropractic - Azusa to be different from any healthcare experience you've had before. Perhaps even life-changing.

Here are a few reasons why The Joint Chiropractic in Azusa is your perfect destination for pain relief and preventative care:

So whatever “symptoms” you or your family may be experiencing, visit our Azusa chiropractic office today to learn more about how you could improve your overall health and well-being. And remember, you never need an appointment to visit, so stop in when it is convenient for you. We look forward to seeing you soon!

Dr. Arthur Lewis D.C. attended Southern California University of Health Sciences in Whittier, California and graduated with his Doctorate in 2013. Dr. Lewis as an avid martial artist since the age of eight and was inspired to be a Chiropractor due to the idea of learning natural techniques to improve upon the health of patients utilizing the powerful Chiropractic adjustment. Dr. Lewis draws many similarities between Chiropractic adjustment techniques and martial arts.

Dr. Lewis is passionate about improving the well-being of his patients using natural methods. He has spent numerous postgraduate Doctorate hours training in Neurology, Nutrition, Sports Injury, and Spinal Injuries. Dr. Lewis has also learned to serve a wide range of patients from athletes, pediatrics, and the Elderly. Dr. Lewis has 3 kids and treats them regularly with Chiropractic Care.

When Dr. Lewis isn’t delivering phenomenal Chiropractic care, he is spending time with his family, engaging in athletic endeavors with his kids, training martial arts, or watching sports.

Dr. Lewis’s motivation for joining The Joint is the philosophy and system behind the Joint brand. Dr. Lewis believes in wellness care and that the patient needs to fix the root cause of the dysfunction in order to obtain optimal health through routine and affordable Chiropractic care.

Dr. Lewis believes The Joint is special in the Chiropractic industry because it provides the best benefits for the Doctors who work within the system, it is very convenient and affordable for patients, and The Joint clinics are a Nationwide connected network. Patients can visit any Joint clinic Nationwide once they become a patient without paying additional fees for each clinic.

Dr. Lundin was born in Fullerton, CA , and grew up in La Habra, CA. He was MVP in cross country and track and league champion in cross country and a marathon runner who ran in the US Navy. He currently lives in the home he grew up in La Habra, CA. He has dedicated his life to chiropractic because of the pure and natural ways of healing through adjustments. He graduated from Los Angeles College of Chiropractic in 1996. He attended Cypress College in Cypress, CA, and graduated in 1991 with an Associate of Science degree in Biology.

Dr. Lundin’s first chiropractic job was with my own practice as a traveling chiropractor out of Cypress, CA. He opened a small cash practice in La Habra in front of a trucking company that he drove 18-wheelers for while attending college. The best thing about being in the chiropractic profession is to see patients and hear them say, “Thanks, doc. I feel so much better.” That never gets old.

There is nothing negative about being a chiropractor. It is the best profession in the world! His hobbies: gardening, camping, rebuilding my old homestead cabin in the high desert that’s been in my family for 60 years.

Dr. Lundin has children 3 children: Veronica, who just got married; Charlene, who lives in Chicago and recently gave me a granddaughter. And Sean, who is a senior at Cal State Bakersfield and is working towards being a police officer and is currently working for the University Police Department as a Service Officer.

Dr. Lundin navigated and steered the world’s largest ship, the USS Constellation. One of the last oil-burning air craft carriers in the Navy.Dr. Lundin would love to spend a week at sea watching the launching of fighter jets off the flight deck of a nuclear super carrier.

His personal motto is Never give up. Never!

Read what our amazing chiropractic patients have to say about our chiropractors and care at The Joint Chiropractic - Azusa in Azusa, CA

By Randi MorseAs spring comes so do the pressures for seniors in high school. It's at this point in their lives that teenagers are supposed to have their entire life planned out before them. The idea …

Are You An Emotional Eater?

By Randi MorseThere is a reason that there is an entire genre of foods that we call "comfort foods." It's simply because food can be very comforting. Emotional eating is a very real problem and can cause …

By Randi MorseMy children's pediatrician once told me that toddlers prepare you for teenagers. She couldn't have been more right! Teenagers and toddlers are alike in so many ways, one of them being with …

Tips to Communicate Better With Your Spouse

By Randi MorseI've been with my husband for 20 years. That is a really long time and each year we both say that it feels like a long time and yet like no time at all. I constantly have friends asking …

By Stephen R. FarrisInflammatory back pain is something a lot of us live with. Our first line of defense should be to visit our local chiropractor so they can examine you and find out where and what is …

By Stephen R. FarrisI recently became a grandfather for the tenth time. We visited the hospital where my son and daughter-in-law were expecting their daughter to enter the world. It was the midnight hour …

By Stephen R. FarrisChances are you may know someone with the condition called fibromyalgia. Fibromyalgia is a chronic disorder in which the person affected experiences heightened pain, stiffness and …

By Amber PageIf you have high cholesterol -- especially elevated levels of LDL cholesterol -- you're at risk for a host of cardiovascular problems, including heart attacks. Fortunately, you can lower …

By Kate GardnerWhether we like it or not, most of us will deal with a serious health issue (or two) at some point in our lives. Sometimes these issues are temporary and we sail right through them. But …

By Kate GardnerSummer is in full swing and, if you're like millions of other Americans, you have plans to head to a music festival. Music festivals can be exciting, immersive events. You get to see all …

By Kate Gardner There's not much that can make you feel old like a pair of achy, creaky knees (except maybe forgetting why you walked into a room). It's no wonder our knees hurt as we get older -- …

Is Your Chest Pain Costochondritis?

By Kate GardnerImagine waking up to sharp pain shooting across the left side of your chest. You're not out of breath, your heart isn't racing, but the pain is enough to make you wonder if you're having … 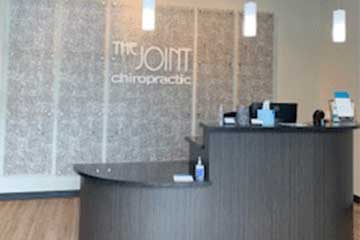 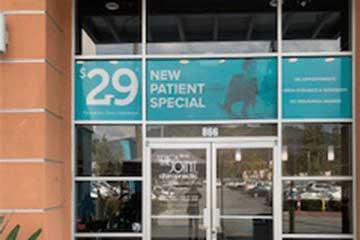 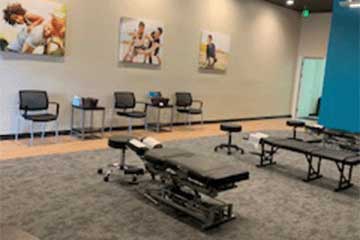 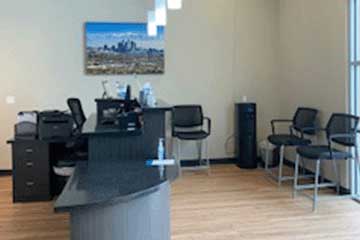 How Your Nervous System Will Benefit From Certain Supplements

By Dr. Molly Casey The nervous system is the communication system of your body. You live your life and …

Healthy Greens Can Be Tasty (and Holiday Friendly)

By Sara Butler Are you ready to go green? We’re not talking about adjusting the type of car you drive …