Welcome to The Joint Chiropractic - Port Hueneme! As your Port Hueneme chiropractor dedicated to family chiropractic and spine health, we invite you to join the millions of Americans who have not only found relief from lower back pain, sciatica pain, and migraines, but also a pathway to wellness with chiropractic's natural, drug-free approach to healthcare.

How can chiropractors at The Joint Chiropractic in Port Hueneme help you?

Whether you have seen a chiropractor in the past or are seeking a local chiropractor near you for the first time, expect your visit to The Joint Chiropractic - Port Hueneme to be different from any healthcare experience you've had before. Perhaps even life-changing.

Here are a few reasons why The Joint Chiropractic in Port Hueneme is your perfect destination for pain relief and preventative care:

So whatever “symptoms” you or your family may be experiencing, visit our Port Hueneme chiropractic office today to learn more about how you could improve your overall health and well-being. And remember, you never need an appointment to visit, so stop in when it is convenient for you. We look forward to seeing you soon!

Dr. William Wolf Adler joined The Joint Chiropractic family of healthcare providers in 2015 and has worked at the Wilshire & Highlands, Rosemead and Ventura locations. He joined the Rosemead team in July 2019 and was promoted to lead doctor in February 2020. He received a Bachelor of Science in Biology and Chemistry from University of California, Los Angeles in 1981 and earned his Doctor of Chiropractic from Los Angeles Chiropractic College in 1992.

Dr. William, as he prefers to be called, says the thing he loves most about being in the chiropractic field is "having a lasting impact on the health and livelihood of his patients and being a positive role model for them.”

A product of the San Fernando Valley, Dr. William was raised in Granada Hills… where he also helped raise his son and daughter. In his spare time, he enjoys outdoor activities such as camping and hiking, but also stays active with racquetball and boxing.

Dr. William is a second-generation chiropractor, but forged his own unique path by following his other passions before finally following in his parents’ footsteps. Prior to entering chiropractic college, Dr. William spent time as a welterweight boxer, a professional racquetball player, and a firefighter paramedic for Los Angeles County.

Along with the lessons his dad taught him, Dr. William has accumulated over 28 years of chiropractic experience, which he paid forward as a Professor at Cleveland Chiropractic College and Los Angeles College of Chiropractic for a combined 10 years. Dr. William is well versed with various adjusting techniques; is experienced with infant care; can provide prenatal and postnatal care; and is also very experienced with extremity and “TMJ” adjusting. His specialties include: Scoliosis and spinal rehabilitation, orthopedics, neurology, sports medicine, and CMUA.

Dr. William is excited about his involvement with the Rosemead clinic, because “This franchisee lead team is very customer focused and that is great! We incorporate a mix of corporate and small business ideas while staying focused on providing the best service while truly keeping the patient’s best interests in mind… but overall I'm very excited to deliver the power of the adjustment to heal the body.”

Prior to joining The Joint Chiropractic model, he ran his own successful practices in Malibu, Granada Hills, and Santa Clarita. Living in Los Angeles has allowed him to have numerous encounters with some celebrities, but practicing in LA has also provided the opportunity to treat some well-known names in the entertainment industry.

The one thing that Dr. William says he must have in his refrigerator is “water to keep the disc spaces in his spine hydrated.”

He says that if he could invite any four people from history to his ideal dinner party, he would invite Muhamad Ali, Joe Lewis, Sugar Ray Robinson, and Jim Thorne… “Their presence, talent, and work ethic were head and shoulders above anyone else.”

Besides his work as a doctor, one of Dr. William’s proudest occupational accomplishments, he says, "Is having saved many lives and even having delivered 4 babies over the course of my 10-year fire fighter paramedic career.”

Dr. Nadia Emen graduated from City University of New York Brooklyn College with a BA in English while also studying Nutrition and Classics. After that, she graduated from Southern California University of Health Sciences with a Doctor of Chiropractic degree in 2001. Before joining The Joint in Port Hueneme, Dr. Emen practiced in Los Angeles and the Ventura county area. Dr. Emen realized chiropractic care was her calling when the allopathic model failed to treat her back pain during college, and after she turned to chiropractic care she started to feel better.

Her favorite thing about being in the chiropractic field is “healing without the use of drugs and risky invasive treatment measures.” She also says that “after 2 decades of practicing, I am still humbled by the gratitude of patients whose lives changed for the better with chiropractic.

When not taking care of her twin boys, Dr. Emen enjoys gardening and spending time with family and friends. The most surreal experience in her life was becoming a mother and she is so blessed to be on the journey of life with her twin boys

How Chiropractic Can Benefit Aging Adults

By Paul RothbartThere's no alternative to getting old. Well, there is one but it's not that appealing. The wisdom and experience that come along with aging are nice bonuses, but the physical breakdowns …

By Stephen R. FarrisHave you ever woken up in the morning and, when you try to get out of bed, you felt a twinge in your hip? It could be that you slept on it wrong, or -- depending on your age -- it … 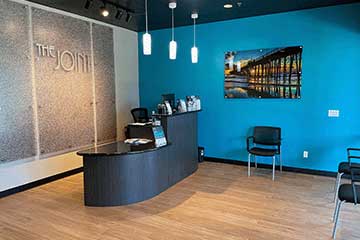 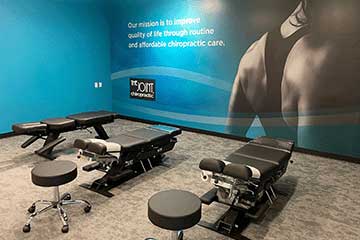 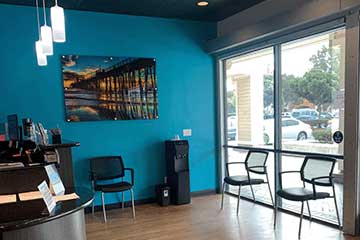 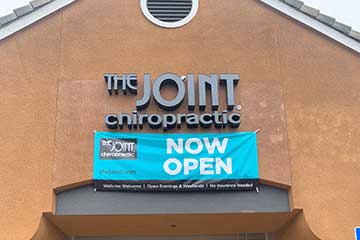 This clinic is owned and operated by Shakarian Chiropractic Corporation and managed by SJV South Oxnard, LLC

Fads and Foods? Forget It! Add These Powerhouses to Your Diet

By Sara Butler If you’ve lived on this planet for any amount of time, then you’ve also heard about …