Welcome to The Joint Chiropractic - Crocker Village! As your Sacramento chiropractor dedicated to family chiropractic and spine health, we invite you to join the millions of Americans who have not only found relief from lower back pain, sciatica pain, and migraines, but also a pathway to wellness with chiropractic's natural, drug-free approach to healthcare.

How can chiropractors at The Joint Chiropractic in Sacramento help you?

Whether you have seen a chiropractor in the past or are seeking a local chiropractor near you for the first time, expect your visit to The Joint Chiropractic - Crocker Village to be different from any healthcare experience you've had before. Perhaps even life-changing.

Here are a few reasons why The Joint Chiropractic in Sacramento is your perfect destination for pain relief and preventative care:

So whatever “symptoms” you or your family may be experiencing, visit our Sacramento chiropractic office today to learn more about how you could improve your overall health and well-being. And remember, you never need an appointment to visit, so stop in when it is convenient for you. We look forward to seeing you soon!

Dr. John Vang grew up in Tulare, CA and graduated from U.C. Davis with a Bachelors of Science in Psychology. He later went on to receive his Doctor of Chiropractic degree from Life Chiropractic College West in 2009. After graduating from Life West, Dr. Vang moved to Seattle, WA to work in private practice. He got married in 2015 and welcomed their first child in 2017. This prompted the move back to Northern California, to be closer to family.

Dr. Vang had his first experience with Chiropractic when he was involved in a motor vehicle accident while he was in high school. The accident led him to the chiropractor and he got immediate relief from one adjustment, which sparked his interest in becoming a Doctor of Chiropractic.

He is very compassionate and dedicated to his patients. He believes that keeping the spine in good alignment through the chiropractic adjustment, is a safe and effective way of keeping ourselves as healthy and functional as possible.

When Dr. Vang is not in the office, he enjoys spending time with his wife and daughter, going to and watching sporting events (especially soccer), and relaxing on the lakes and rivers of Sacramento, doing some fishing.

Dr. Anh-Tu Vu graduated from the University of the Pacific, CA with a Biology degree in 2009. She later went on to receive her Doctor of Chiropractic degree from Palmer College of Chiropractic-West in San Jose, CA in 2014.

Dr. Vu uses gentle, safe, and effective chiropractic techniques to treat patients of all ages with a holistic and heartwarming approach. She specializes in prenatal/postnatal care, athletes with sport injuries, and personal injuries. She understands a healthy body and a healthy mind give a healthy life; and that one must maintain a healthy lifestyle to prevent future illnesses.

When Dr. Vu is not working, she enjoys spending time with her family and friends, especially with her miniature poodle named Teddy. As a nature lover, Dr. Vu often goes hiking and exploring new trails.

Struggling With Pain? Chiropractic Has Answers

By Sandy SchroederIn the midst of a chaotic world, daily pain can be the last straw. If you are dealing with a sore neck, sore knees, an aching back, or other painful issues, chiropractic can help. The …

Refocus Your Future With Chiropractic

By Ssndy SchroederAs we look ahead there are many challenges, but it may be time to lay some new plans for the future. If you have a whole list of things that you would like to do, this may be the time …

Take Better Care of Yourself With Chiropractic

By Sandy SchroederMost of us intend to set aside time for personal care, but that often gets lost in life's daily commotion.  If you can relate, you may be making a list of things to do for yourself …

By Sandy SchroederIf tension builds the minute you get up and never quite goes away, you may need some help with stress. The Joint Chiropractic clinic near you provides licensed chiropractors who …

An Apple a Day ... Is Darn Healthy

By Paul RothbartWhen it comes to fruit, it's hard to beat the apple. There are so many varieties and new hybrids are being created all the time. They can be sweet or tart, are great in baked goods, apple …

Why Teachers Need Chiropractic Now More Than Ever

By Brandi Goodman Today's teaching goes far beyond the classroom. Job duties have grown exponentially in many cases. Whether you're teaching from home using video technology while managing your own family, …

Busting the Myths of Chiropractic Care

Find Out What Saying 'No' Can Do

By Sandy SchroederToo many times we let issues multiply in the interest of saving time, keeping the peace or simply because we run out of energy.  Most of us juggle homes, family and work hoping …

Chiropractic and the Neck: Healthy and Pain-Free!

By Genevieve CunninghamYou wake up in the morning and immediately feel a sharp pain in the neck. You can't quite turn your head as far as you'd like. You wonder how you're going to make it through the …

By Sandy SchroederNo one thinks much about their joints until pain sounds an unmistakable signal. If you are stiff and sore when you get up and aching more at night, it's time to turn things around.First …

Move Ahead With Chiropractic and Fitness

By Sandy SchroederWherever you are with back pain, stiffness or other aching joints, it may be time to find solutions with chiropractic and key fitness efforts like planks.The Joint Chiropractic clinic …

Skip the Pain and Move Faster With Chiropractic

By Sandy SchroederIf you start out slowly with stiffness and an aching back in the morning, you may need to change your daily routines. To move smoothly the body needs to keep moving and chiropractic …

By Amy SilvaMany people stretch their necks just as they stretch their bodies after waking up or sitting for a period of time. Generally, it isn't dangerous to gently move your neck while stretching. …

It's in Your Posture: How Your Stance is Causing Pain

By Genevieve CunninghamToo many people stand and sit with horrible posture. We slouch. We let our shoulders fall forward. We're lazy! For most of us, posture just isn't something that we regularly think …

How Chiropractic and Planking Can Work for You

By Sandy SchroederIf you are still looking for the best way to keep your body strong, healthy, and flexible, chiropractic and yoga exercises may be the right combination for you.More and more people are …

Inactivity Can Quickly Impact Your Health

By Sandy SchroederWhat would happen if you were completely inactive for two weeks? Researchers say you would not like the impact on your health, according to doctors Mehmeh Oz and Mike Roizen.Looking …

By Sandy SchroederTaking the right steps really can make a difference with lower back pain. Either way, if the pain just struck, or has been sneaking up on you, choosing the right course forward is critical … 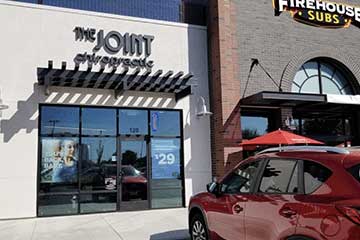 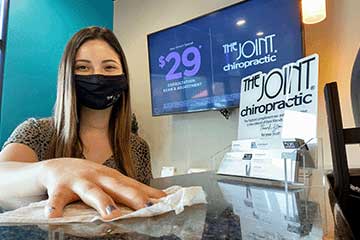 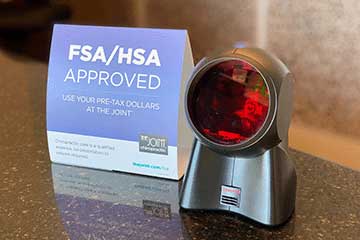 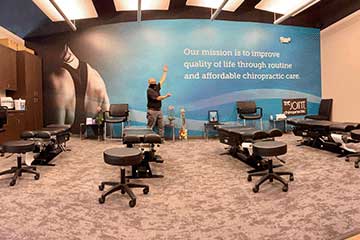 This clinic is owned and operated by Cherry Chiropractic Corp PC and managed by Joint Ventures, LLC