Welcome to The Joint Chiropractic - Fort Oglethorpe! As your Fort Oglethorpe chiropractor dedicated to family chiropractic and spine health, we invite you to join the millions of Americans who have not only found relief from lower back pain, sciatica pain, and migraines, but also a pathway to wellness with chiropractic's natural, drug-free approach to healthcare.

How can chiropractors at The Joint Chiropractic in Fort Oglethorpe help you?

Whether you have seen a chiropractor in the past or are seeking a local chiropractor near you for the first time, expect your visit to The Joint Chiropractic - Fort Oglethorpe to be different from any healthcare experience you've had before. Perhaps even life-changing.

Here are a few reasons why The Joint Chiropractic in Fort Oglethorpe is your perfect destination for pain relief and preventative care:

So whatever “symptoms” you or your family may be experiencing, visit our Fort Oglethorpe chiropractic office today to learn more about how you could improve your overall health and well-being. And remember, you never need an appointment to visit, so stop in when it is convenient for you. We look forward to seeing you soon!

Dr. Tom Donnelly of The Joint Chiropractic will head up the fifth clinic opening soon on Battlefield Parkway in Fort Oglethorpe.

Dr. Donnelly, formerly of Flint, Michigan, has been living in Southeast Tennessee for 12 years and has been working for The Joint Chiropractic since last summer.

“We wanted to live in an area that offered outdoor activities and sports, and Chattanooga won our hearts immediately,” Donnelly said regarding his move and their choice.

A graduate of Palmer College of Chiropractic in Davenport, Iowa, Donnelly’s initial career pursuit was law.

Donnelly stated, “My father was a successful service station owner, and I naturally planned to follow in his footsteps, but I suddenly found myself being pulled in a different direction. I had a higher calling into chiropractic care in order to serve others in my community.”

He will primarily head up the fifth clinic scheduled to open later this month next to Mean Mug and McCallister’s on Battlefield Parkway in Fort Oglethorpe, Georgia.

The Joint Chiropractic opened its first clinic in Hixson in November 2019. There are also three other clinics in Cleveland, NorthShore and on Gunbarrel at Hamilton. A sixth clinic is slated to open in Dalton, Georgia in early 2023.

Headquartered out of Scottsdale, Arizona, The Joint has over 600 clinics nationwide.

“That’s one of the best things about The Joint - as a member, you can receive treatment at any clinic in the nation. No appointment necessary,” Donnelly concluded.

Meet Dr. Ben Steward. Dr. Ben is originally from Lansing, Michigan, and after he completed his undergraduate degree and Masters of Business Administration from Bowling Green State University, he attended New York Chiropractic College where he met his Tennessee bride, Brittany, who was also studying to become a chiropractor.

Dr. Ben was an outstanding athlete in high school and played basketball and football and ran track. His physical prowess earned him a full ride through college. He was awarded a football scholarship. He was always very active and learned early from his father how to work and create with his hands.

He knew that his future would be with his hands, molding, shaping and helping, and he had originally planned to study Pediatrics and considered obstetrics at one point. His mother said he would be wonderful at delivering babies with his large, helping hands.

After reevaluating his goals, and realizing that what he wanted to do was to help people stay active and healthy, he turned his studies to the natural science of chiropractic care.

He’d been injured playing sports and had first been adjusted in college by a female chiropractor who later became his role model for his career though his father was his all time number one role model. His father taught him the value of hard, honest work and was a kind man who passed away last spring.

After his injury, he did not want to take medication or worry about a future surgery to correct the problem and his pain. Chiropractic care is a natural way to help heal the body and relieve pain. This became his priority, and he now knew what was in store for his future.

After he and his wife, also a doctor of chiropractic, graduated from the New York Chiropractic University, she convinced him to move to Southeast Tennessee. He and Brittany love the beauty and the outdoor opportunities that Tennessee offers.

Hiking and kayaking are among some of their favorite activities. Being physically active is important to them both.

And after learning about The Joint, its convenience, its affordability and its accessibility to all, regardless of economic class, Dr. Ben and Dr. Brittany decided to become a member of The Joint family.

What You Need to Know About Chiropractic
By Genevieve CunninghamKnowledge is power. This isn't a new concept -- it dates back to Sir Francis Bacon in 1597 -- but as we get older, it takes on new meaning and context. It's no longer just about … 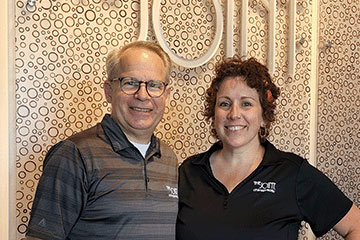 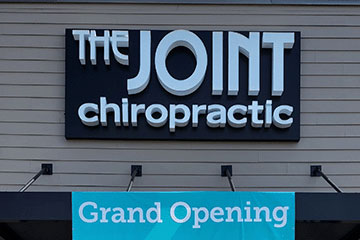 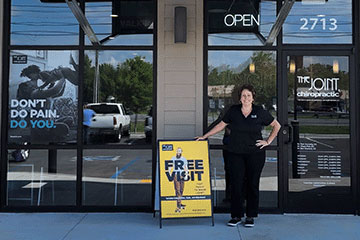 This clinic is owned and operated by JMG Health Services, LLC