Welcome to The Joint Chiropractic - South End! As your Charlotte chiropractor dedicated to family chiropractic and spine health, we invite you to join the millions of Americans who have not only found relief from lower back pain, sciatica pain, and migraines, but also a pathway to wellness with chiropractic's natural, drug-free approach to healthcare.

How can chiropractors at The Joint Chiropractic in Charlotte help you?

Whether you have seen a chiropractor in the past or are seeking a local chiropractor near you for the first time, expect your visit to The Joint Chiropractic - South End to be different from any healthcare experience you've had before. Perhaps even life-changing.

Here are a few reasons why The Joint Chiropractic in Charlotte is your perfect destination for pain relief and preventative care:

So whatever “symptoms” you or your family may be experiencing, visit our Charlotte chiropractic office today to learn more about how you could improve your overall health and well-being. And remember, you never need an appointment to visit, so stop in when it is convenient for you. We look forward to seeing you soon!

Dr Kurt Worthmann, a fun and energetic practitioner is driven by his passion for restoring and improving function in the body. He is honored to serve all and is eager to do so after completing his doctorate in Chiropractic from Sherman College of Chiropractic in March 2021. Dr Kurt has spent years working in Physical Therapy prior to becoming a Chiropractor. He attended Rowan University for his undergraduate degree in Kinesiology.

Dr Kurt has a profound passion for health care in general and has a strong background in neurology, pediatrics and Athletes. He currently resides in Charlotte, NC and has a huge passion for cooking. When he’s not at work he enjoys being in the kitchen, being active outside, watching sports and spending time with his friends. A fun fact about Dr Kurt is that he has never had a doughnut.

Dr Kurt lives by the quote: “Make it your mission to make someone else’s day better.”

Dr. George Ellwanger was born in Rockingham, NC and has lived most of his life here in North Carolina. He attended Palmer College of Chiropractic in Davenport, IA and graduated from there in 1993. His first practice was in Williamsburg, VA and he has also practiced in Cary and Apex, NC. He joined The Joint in Asheville, NC in August of 2018 after coming out of retirement (having discovered it wasn’t for him).

Dr. George says that, “The best thing about being a chiropractor is having the ability to help others.” He believes that that is the reason we are all here on earth together in the first place, to serve one another.

Prior to entering the chiropractic field, Dr. George was a musician, a trombonist. He earned both undergraduate and graduate degrees in music education at ASU with an emphasis on performance and he played with the US Air Force Bands in New England and Europe from 1985 to 1989.

He is a father (to several) and grandfather (to many more, 23 and counting). He has 2 dogs, Powder and Marcel, and a cat, Mr. Jingles.

Stars Based on 3 Reviews

Read what our amazing chiropractic patients have to say about our chiropractors and care at The Joint Chiropractic - South End in Charlotte, NC

Life Is Better With Chiropractic Care 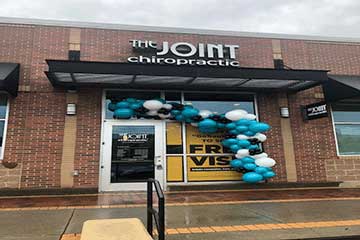 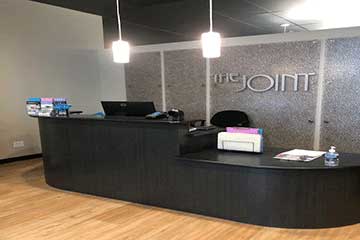 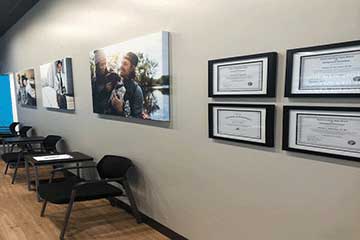 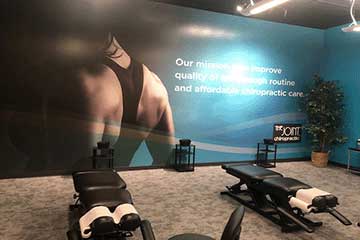 This clinic is owned and operated by North Carolina Chiropractic PC and managed by DnD Wellness, Inc

Here’s the Bitter Truth About a Popular American Sweetener

By Sara Butler It’s harvest time in some parts of the country. And a lot of that harvest includes …

Superfruits Are Super Good in a Balanced and Healthy Diet

By Dr. Molly Casey It seems there are endless ideologies with regard to food and diets. I don’t know …

Why Breast Cancer Awareness Matters, and How to Get It Done

By Martha Michael If you’ve been part of an awareness campaign, you’ve probably donned T-shirts, …