Welcome to The Joint Chiropractic - Flagstaff! As your Flagstaff chiropractor dedicated to family chiropractic and spine health, we invite you to join the millions of Americans who have not only found relief from lower back pain, sciatica pain, and migraines, but also a pathway to wellness with chiropractic's natural, drug-free approach to healthcare.

How can chiropractors at The Joint Chiropractic in Flagstaff help you?

Whether you have seen a chiropractor in the past or are seeking a local chiropractor near you for the first time, expect your visit to The Joint Chiropractic - Flagstaff to be different from any healthcare experience you've had before. Perhaps even life-changing.

Here are a few reasons why The Joint Chiropractic in Flagstaff is your perfect destination for pain relief and preventative care:

So whatever “symptoms” you or your family may be experiencing, visit our Flagstaff chiropractic office today to learn more about how you could improve your overall health and well-being. And remember, you never need an appointment to visit, so stop in when it is convenient for you. We look forward to seeing you soon!

Dr. Robert Perry from The Joint Chiropractic Flagstaff is an Oregon native, then moved to beautiful Flagstaff, AZ where he has lived and practiced for the last 35 years.

Dr. Perry had always been interested in the healthcare profession. I “had initially been a Pre-Med student at the University of Hawaii. However, during that time I had been introduced to the benefits Chiropractic care, and was absolutely impressed with natural, hands-on manual approach to affecting the body’s neuro-musculo-skeletal system. I witnessed time and again the restorative, healing effects of the chiropractic adjustment, and knew then that I wanted to offer those benefits to the world around me.”

Over the course of his professional career Dr. Perry has learned to serve a range of patients from infants to grandparents all with a variety of ailments such as sciatica, neck pain, upper and lower back pain, migraines, arthritis and much more.

He has been The Joint Chiropractic’s local chiropractor in Flagstaff, AZ since March 2019, and is honored to serve and relieve his local community.

Dr. Perry believes the best thing about being a chiropractic is “personally presenting to each and every individual the gift of health, their release from pain, and witnessing their joy as they step out into a healthier, happier active lifestyle.”

When Dr. Perry is not working he is a graphic artist, drummer in a band, and enjoys water-sports, particularly off the beaches near my home in Hawaii.

Dr. Kino, born and raised in Japan, received a Doctor of Chiropractic degree at Palmer College of Chiropractic West in San Jose, California in 2006. After graduation, he worked for multiple private practices for his postgraduate training, performing a wide range of treatments of various conditions on professional athletes, doctors, nurses, martial artists, engineers, teachers, post-surgery patients, children, pregnant women etc. Then Dr. Kino started his own private practice in San Diego in 2010. After 10 years of own practice, he joined The Joint Flagstaff in Nov. 2020. He has 4 children and lives in Flagstaff, enjoying outdoor and natural living that he wanted for a long time.

Read what our amazing chiropractic patients have to say about our chiropractors and care at The Joint Chiropractic - Flagstaff in Flagstaff, AZ

Tips for Loving Your Workout

Emily LindholmEven if you love how you feel after a workout, it doesn't always mean that the working out part is fun.  Or is it?  Everyone feels their own way of working out.  Many would …

Get Your Magnesium for Better Health

By Emily LindholmMagnesium is one of the most abundant minerals in the body, 60 percent of which is found in our bones, and the rest is found in our muscles, soft tissues, and fluids.  This mineral …

How to Help Kids Cope With Big Changes

By Rachel ShouseWatching your child or a child you love go through big problems and changes is one of the hardest things you may face. There's a big difference between you dealing with your own problems …

What Are Thunderclap Headaches?

By Randi MorseHaving a headache can completely ruin your day. It can make you have to forego all of your daily chores and can leave you lying in a darkened room, hoping that your head stops aching. One …

By Randi MorseI recently had the opportunity to speak with a nutritionist. We spoke about a variety of things, but one of the things he asked was how much water I was drinking. I told him that I was drinking …

Stop Getting Stressed From Politics

By Randi MorseEvery four years the American people have the privilege to vote in a presidential election. It can be difficult to remember that voting for the President of the United States is a privilege, …

Tips for Talking to Your Teen

By Randi MorseWhen you have toddlers you often feel like you're pulling your hair out trying to get them to understand you and do as you ask. The same is true for teenagers, which is even more aggravating …

By Stephen R. FarrisHere's something to think about if you have kids in elementary school, high school or college. After the holidays, just when parents think they'll have a break -- boom -- spring break …

Asthma: How Does It Happen?

By Stephen R. FarrisDealing with asthma is no fun. Most of the time we think of asthma as a childhood disease they can eventually grow out of as they become older. Nope, that's not always the case. While …

6 Ways to Motivate Yourself to Exercise

By Amber Page We all know that exercise is good for us -- really good for us -- but that's not always enough motivation to get off the couch and into the gym.The next time you find yourself wanting …

4 Foods Your Heart Wants You to Stop Eating

By Kate GardnerWhy can't every food be good for us? It's simply unfair that the most delicious (and often easiest to prepare) foods are usually the worst, heart-healthwise. Reader's Digest and Harvard …

6 Tips for a Less Stressful Move

By Kate GardnerNot long ago, I packed up my family (three kids, four cats, one dog, and a husband) and moved 500 miles from the place I'd called home for most of my life. There were a billion reasons …

By Kate GardnerAt some point in your life, you will suffer from sarcopenia. Sounds scary, right? Don't worry too much. According to WebMD.com, sarcopenia is the age-related loss of muscle mass that we …

When Your Body Gives You the Cold Shoulder

By Kate GardnerYour shoulders are way more complicated than you realize. We often think of the shoulder as one joint, but it's actually comprised of four joints that work together to make sure you can … 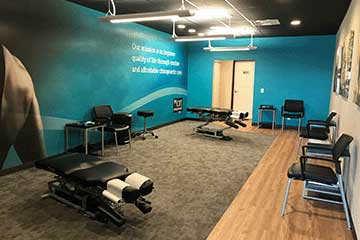 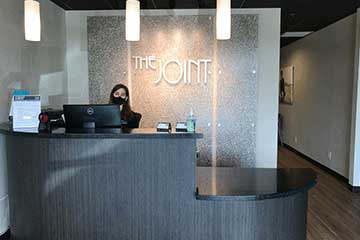 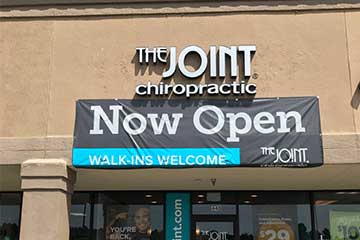 It’s Time to Shed Some Light on Vitamin D

By Dr. Molly Casey Vitamins are organic compounds that the body needs in small amounts for optimal function. …

Tips to Help You Get Safely Back on the Exercise Horse

How Chiropractic Can Help Kids Facing the Perils of Technology

By Sara Butler Kids these days know a lot about technology. They typically know so much that they’re …

Original article published by EatThis.com, July 29, 2021 on EatThis.com By John Anderer Ever woken up …