Welcome to The Joint Chiropractic - Gainesville! As your Gainesville chiropractor dedicated to family chiropractic and spine health, we invite you to join the millions of Americans who have not only found relief from lower back pain, sciatica pain, and migraines, but also a pathway to wellness with chiropractic's natural, drug-free approach to healthcare.

How can chiropractors at The Joint Chiropractic in Gainesville help you?

Whether you have seen a chiropractor in the past or are seeking a local chiropractor near you for the first time, expect your visit to The Joint Chiropractic - Gainesville to be different from any healthcare experience you've had before. Perhaps even life-changing.

Here are a few reasons why The Joint Chiropractic in Gainesville is your perfect destination for pain relief and preventative care:

So whatever “symptoms” you or your family may be experiencing, visit our Gainesville chiropractic office today to learn more about how you could improve your overall health and well-being. And remember, you never need an appointment to visit, so stop in when it is convenient for you. We look forward to seeing you soon!

Dr. Jasemon has had the opportunity to work with patients in Ghana and Maryland before returning to the peach state and pursuing her dream of chiropractic care for all. She believes in educating her patients about the benefits of regular chiropractic care, and makes a point to focus on their individual needs.

Thomas Sato, DC was born in Los Angeles, California, baptized and confirmed at St. Mary’s Episcopal Church. His youth was spent in church-sponsored Indian Guides, YMCA Sports and the Boy Scouts of America. As a teen he began surfing the local southern California beaches, snow skiing the local and northern Californian mountains and motocross riding wherever a track could be found. While attending college, running became another passion. By the time of UCLA graduation with a BS in Biology he was regularly running 10K’s and teaching aerobic classes. Diploma in hand, he attended Cleveland Chiropractic College at Los Angeles graduating DC-Magna cum Laude in 1997.

Passing the Chiropractic Boards, he obtained his CA-DC license and joined a busy injury clinic in Northridge in 1998. He moved to a multi-disciplinary office in Sherman Oaks in 1991. It was at this location that he spearheaded a Make-A-Wish fundraiser that involved the practitioners and patients to make money for the Make-A-Wish Foundation children. He opened his own office in Encino in 1993 and his patients again followed. In this location he served as the chiropractor for a southern California concert venue for the performers. The perks included backstage passes and a lot of great music.

His wife Paulette and he moved from Valencia, CA to Norcross, Georgia in 1996. They were able to connect with her family who had transplanted to Georgia. He joined another DC and remained an associate and clinic director for 23 years.

He discovered The Joint in April 2019. The Joint’s Mission is a perfect match to his belief in wellness and maintenance care.

Dr. Sato still runs 15-20 miles a week, still has his motocross bikes, and when the opportunity arises, he enjoys fishing, target shooting, bow and arrow, and sight-seeing.

On another note; if asked for a favorite food, it would be seafood. If asked about a fantasy dinner for four guests, the guests might include Mary Magdalene, Gregor Mendel, Albert Einstein and Jesus.

If asked about the coolest thing ever done; there are some standouts. He had the unique opportunity to fly an airplane with literally only a few minutes of training (there was a certified flight instructor in the co-pilot’s seat). He skied off the lip of the Cornice at Mammoth Mountain, CA. He caught a perfect surfboard ride at a San Diego beach. He taught himself how to make the jumps on his motocross bikes. But the coolest thing was when Paulette said, “I do” at Big Bear Lake in California.

He grew up being taught, that if you always look for the bad in life, you’ll find it.

It will give you a lifetime of misery.

So, look for the good, and live; happy.

Stars Based on 35 Reviews

By Paul RothbartStrength is a great and useful asset. There are other kinds of strength than being able to lift heavy weights. You can be mentally and emotionally strong. Endurance, determination, and …

Chiropractic Care Can Help These Ailments

By Paul RothbartChiropractic care is now well-known for relieving back and neck pain. There are thousands of patients who have found relief as a result of a chiropractor's treatment. But there are far …

How to Handle the Aches and Pains of Moving

By Paul RothbartFortunately, people don't generally move very often. It can be one of the most tedious, stress-inducing jobs anyone encounters. Organizing, carefully packing, and moving all of one's possessions …

By Paul RothbartWhether you're a professional or an amateur, playing music is a creative pastime that is plenty of fun. Any instrument, any style can be a great hobby that is good for keeping the brain …

By Paul RothbartYou are most likely aware of the existence of chiropractors. You may even have family or friends who see one regularly and find the experience beneficial. Many people believe that chiropractic …

Detoxing With Fresh Juice This Season

By Emily LindholmWith the number of toxins most of us are exposed to each day, our bodies could always use a little bit of support in the detox department.  Toxins can build up over time, so if we're …

All in The Hips: The Importance of Pelvic Alignment

By Emily LindholmWhen we are thinking in terms of our bodies, how many of us often think about hip alignment? You hear a lot about posture and shoulder placement, core strength, muscle flexibility, and …

Preparing to See Your Chiropractor

By Rachel ShouseYou've heard your doctor ask you if you had any questions or concerns. Same goes for chiropractors. They're there to help you and are more than capable of answering whatever questions …

Chiropractic Care and Your Family

By Randi MorseWhat types of things have you changed in your life since you had a family? It's not uncommon for single people, or those newly married, to binge on fatty foods and neglect their healthcare. …

Can Walking Cause Back Problems?

By Randi MorseHow often do you think about how you walk? Most people don't think about their gait unless something happens that makes it more difficult for them to walk correctly. Think of your body like …

By Randi MorseNo matter who you are or what your personal tastes are, it's almost guaranteed that there is some sport you enjoy playing. Some people enjoy team sports like basketball and baseball, while …

By Randi MorseIf you've been raised in a world where you know little about alternative medicine, you may be hesitant to go to any office that isn't a traditional physician's office. This isn't uncommon, …

Jaw Pain and the Chiropractor

By Randi MorseWhen you think of the word "chiropractor" you likely think of a person who adjusts backs. The truth is that chiropractors do so much more than just help with alignment issues in your back. …

The Pain Scale and Your Chiropractor

By Randi Morse One of the most important things, when it comes to visiting the doctor, is to thoroughly explain the pain that you're in and how painful it truly is. Your chiropractor needs to know …

By Genevieve CunninghamThe health of the spine is incredibly important. You know what else is important? Sleep. So, so, so massively important. When we donâ€™t get enough sleep, our health suffers …

By Stephen R. FarrisLooking back through history, have you ever wondered what the medieval knights did to cure or relieve their aches and joint pains from wearing all that armor and riding on horseback? …

Supporting Your Body Naturally With Chiropractic

By Stepy KameiThere are two simple truths about chiropractic care: millions of people benefit from it, and yet it remains widely misunderstood. If you've heard of chiropractic care (and you probably have), …

Does Chiropractic Care Do More Good or Bad?

By Alexis MillsMillions of people each year seek out care from chiropractors for a wide range of different reasons from back pain to relief from headaches. There are a many reasons that attract people …

How to Prepare Your Body for Spring Sports

By Alexis MillsWith the transition of seasons, spring is here, and winter is officially behind us. Spring comes with blooming flowers, chirping birds, and spring sports and activities Whether you took …

Yes, That Trip to the Chiropractor is Worth It!

By Genevieve CunninghamWhen it comes to taking care of health, you have two kinds of people. You have those who throw caution to the wind and spend as much time and money that's needed to stay well. And … 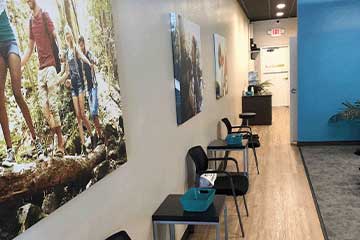 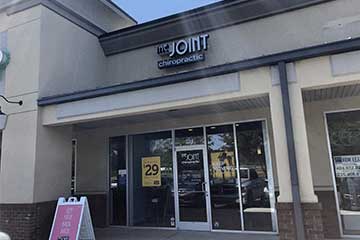 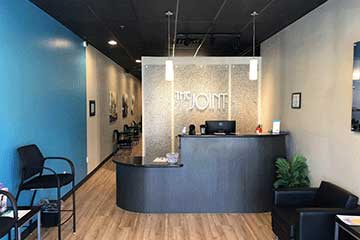 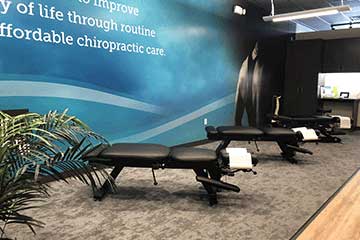 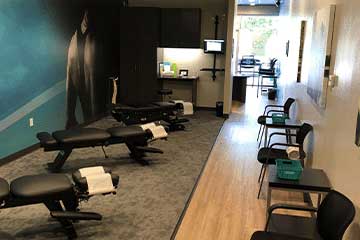 This clinic is owned and operated by Wellness Place II, LLC