Welcome to The Joint Chiropractic - Eureka! As your Eureka chiropractor dedicated to family chiropractic and spine health, we invite you to join the millions of Americans who have not only found relief from lower back pain, sciatica pain, and migraines, but also a pathway to wellness with chiropractic's natural, drug-free approach to healthcare.

How can chiropractors at The Joint Chiropractic in Eureka help you?

Whether you have seen a chiropractor in the past or are seeking a local chiropractor near you for the first time, expect your visit to The Joint Chiropractic - Eureka to be different from any healthcare experience you've had before. Perhaps even life-changing.

Here are a few reasons why The Joint Chiropractic in Eureka is your perfect destination for pain relief and preventative care:

So whatever “symptoms” you or your family may be experiencing, visit our Eureka chiropractic office today to learn more about how you could improve your overall health and well-being. And remember, you never need an appointment to visit, so stop in when it is convenient for you. We look forward to seeing you soon!

Dr. Matthew Wise joined The Joint Chiropractic in 2019 when he started at the St. Charles clinic. He was so impressed with The Joint’s practice model, that he went on to open the Eureka location. Dr. Wise has a strong passion for excellence and a concierge-style approach when treating his patients. He suffered from knee pain when playing sports in high school, and decided he wanted to be a chiropractor after his problem was solved by a chiropractor.

Dr. Wise earned his Bachelor of Science from the University of Dayton and his doctorate from Logan College of Chiropractic in 2003 and worked in private practice for several years, owning and operating several multi-specialty clinics involving chiropractors, medical doctors, and physical therapists. After many years of practice, he grew frustrated with patient care and treatment options being dictated by insurance companies that tend to not want to pay for the things that truly keep patients well! Dr. Wise feels the Joint’s practice model has allowed him to truly focus on what’s best for the patient, instead of what’s best for the insurance companies.

The Chiropractic techniques he uses in practice are mainly Diversified, Thompson and Activator Methods along with techniques such as ART and Graston addressing soft tissue issues. He subscribes to a "Total Body" approach to health care having worked with MD's, PT's, LMT's, Orthopedists and Neurologists in order to provide the best possible care to his patients.

When not practicing, Dr. Wise enjoys spending time with his family, mostly playing sports and games with them, as well as traveling, camping, and kayaking. He is an avid runner, having completed 33 full marathons, including Boston in 2004. And, he enjoys playing competitive tennis.

Sweets May Be Healthy

By Tom Herrin At one time, having things that are sweet meant taking in large amounts of sugar.  Some people were especially vulnerable to problems associated with eating this way.  For …

Can Fasting Be Good for Your Health?

By Paul RothbartFasting has a long history that dates back to ancient times. The practice is important in many world religions including Catholicism, Judaism, and Islam. In some places, it is a vital …

By Paul RothbartMoving goods of all kinds around the country is essential to commerce and consumers. This is mainly done by truck. Big, bigger, and huge vehicles constantly move across interstate highways … 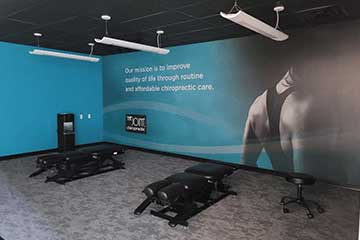 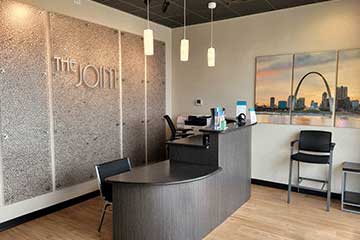 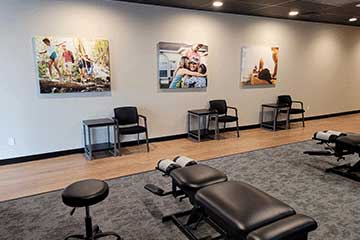 This clinic is owned and operated by The Joint Eureka, LLC