Welcome to The Joint Chiropractic - North Shore! As your Chattanooga chiropractor dedicated to family chiropractic and spine health, we invite you to join the millions of Americans who have not only found relief from lower back pain, sciatica pain, and migraines, but also a pathway to wellness with chiropractic's natural, drug-free approach to healthcare.

How can chiropractors at The Joint Chiropractic in Chattanooga help you?

Whether you have seen a chiropractor in the past or are seeking a local chiropractor near you for the first time, expect your visit to The Joint Chiropractic - North Shore to be different from any healthcare experience you've had before. Perhaps even life-changing.

Here are a few reasons why The Joint Chiropractic in Chattanooga is your perfect destination for pain relief and preventative care:

So whatever “symptoms” you or your family may be experiencing, visit our Chattanooga chiropractic office today to learn more about how you could improve your overall health and well-being. And remember, you never need an appointment to visit, so stop in when it is convenient for you. We look forward to seeing you soon!

Dr. Cody Middleton grew up in Lexington, Tennessee before attending the University of Tennessee at Chattanooga, where he majored in health and human performance. After obtaining his Bachelors of Science degree, he studied an expansive curriculum at Life University in Marietta, Georgia, where he obtained the necessary tools to best serve his patients in the clinical field. In 2016, he graduated with his Doctorate in Chiropractic and moved back to Chattanooga, where he now resides. His passion is providing chiropractic care to ensure that his patients achieve their highest quality of life. Dr. Middleton enjoys an active lifestyle, and likes to spend time golfing and kayaking. He also enjoys spending time with his family and friends and when available loves rooting for the Mocs and the Volunteers.

Dr. Senad Jaskic, or as his patients call him Dr. J, is originally from Bosnia and Hercegovina. He moved to Chattanooga, TN in 1995, and has been calling Tennessee home ever since. He started his education quest in a fitness instructor and personal trainer program at Chattanooga State. After finishing most of the undergraduate work in Chattanooga, he moved to St. Louis, MO to attend Logan University where he earned his Doctor of Chiropractic degree in 2007. After chiropractic college, he decided to study Chinese Medicine and moved to Houston, TX to attend American College of Acupuncture and Oriental Medicine wherein 2011 he earned a Masters in Acupuncture and Oriental Medicine. Furthermore, in 2015 he has finished MS in Nutrition and Human Performance from Logan University to enhance his natural healing knowledge.

Dr. J is a former full-time faculty member of East West College of Natural Medicine, an acupuncture college in Sarasota, FL, and is an active presenter at continuing education seminars. He enjoys lifting weights, kickboxing, watching UFC and MMA, and is a big fan of soccer and Chattanooga FC. When he’s out of the office, he spends most of his time with his wife Adela and daughter Amina hiking, going to the movies and exploring beautiful places in Tennessee.

Born in a small community in Illinois, Dr. Kemp experienced pain from her cheerleading and gymnastics days. While only in her early twenties, she was having difficulty while driving or sitting for long periods of time. Shooting pains in her back and neck made it impossible for her to stay behind the wheel for longer than thirty minutes.

That is when she discovered chiropractic care for the first time. She wanted a natural, non-medical way to correct herself, get adjusted and relieve the pain.

Chiropractic care worked for her.

She originally planned to go to dental school, but once she discovered the relief that regular chiropractic care provides, she decided to take that career path.

After getting her undergraduate degree in Biomedical Science, she went to Palmer College of Chiropractic in Florida.

She loves outdoor activities and enjoys long hikes with her 5 year old rescue German Shepherd Lucy. The slower pace that our city has to offer suits her better than living and working in Atlanta.

While her family still resides in Illinois, she now calls Chattanooga home. She lives with Lucy and a cockatiel named Reggie. We’re glad to have her on board!

Born in Albany, New York, Dr. I-Keyanna Hamlin comes from a blended family. With one brother and two sisters and two half sisters, she was raised in a bustling and loving environment. When her parents relocated to the south, she followed.

She received her Bachelor of Science degree in Biology from Rust College, an HBCU (Historically Black College & University) in Holly Springs, Mississippi. Her original plan was to become a medical doctor, but when a representative from Life University came to speak to her Life Leadership program at the college, she was singled out. The representative said, “You! You’d make a great chiropractor!” At this point in time, Hamlin knew of chiropractic care, but she did not know anything about it.

“The philosophy at Life University is Vitalism - the power that made the body can heal the body and that all natural measures should be taken to heal the body as much as possible,” Hamlin stated. And Hamlin says she became passionate about that philosophy. She decided to attend Life University and began getting adjusted herself. Later she would ask herself why she had not been getting adjusted her entire life. “The fact that I was picked out, singled out of this entire crowd felt like a God thing to me,” she explained.

And after graduating from LIfe University, she began working as a chiropractor for a private practice in Picayune, Mississippi in 2018. She loved it, but the work schedule was grueling, and when an opportunity came to move to Dallas, Texas, she took it. That is where she began working for The Joint. She liked the clinic’s business model. She liked that she worked on many different people and felt that her hands continued to grow in skill.

With her parents now living in Atlanta, she decided to move closer. She had visited the Chattanooga area many times and had fallen in love with the natural beauty, the scenery, rivers, lakes and mountains, and it was only a 2 hour drive from her family. Dr. Hamlin moved to Chattanooga in September and began working for The Joint clinics in the area. She enjoys her job and the flexibility of her schedule as it gives her more free time to enjoy the area in which she now lives. Dr. Hamlin heads up our franchise's NorthShore clinic.

Stars Based on 20 Reviews

Read what our amazing chiropractic patients have to say about our chiropractors and care at The Joint Chiropractic - North Shore in Chattanooga, TN

Ways to Remove Added Sugar From Your Diet

By Rachel CarverSugar has been labeled health enemy No. 1 by medical professionals. The Dietary Guidelines Advisory Committee states sugar should be 10 percent or less of our daily calorie intake. Removing … 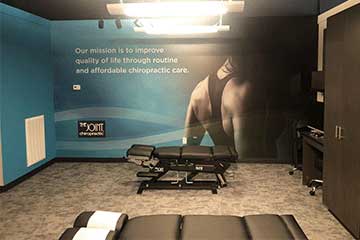 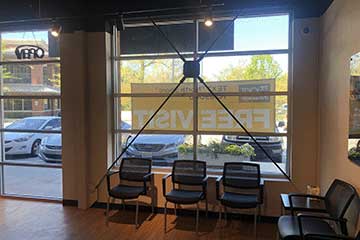 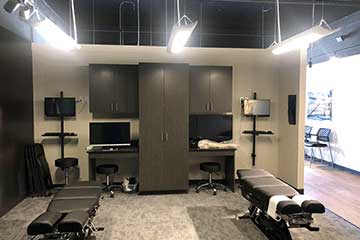 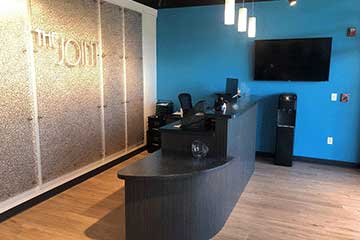 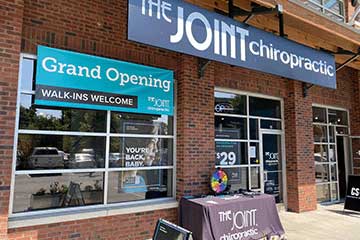 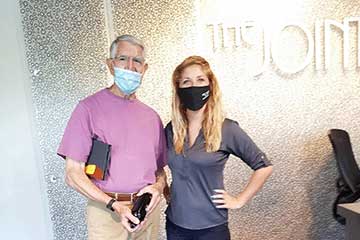 By Dr. Molly Casey Whether you are a weekend warrior, a regular athlete, or you only engage in exercise …

Closet Cleanup: How Your Donations Benefit You and the Planet

By Martha Michael Like the end-of-year clearance sales you find in stores, it’s a good time to do …

The Things You Need to Know About Finding the Best Supplements

By Dr. Molly Casey There are so many vitamin and supplement options it can be quite confusing as to …