Welcome to The Joint Chiropractic - Oak Cliff! As your Dallas chiropractor dedicated to family chiropractic and spine health, we invite you to join the millions of Americans who have not only found relief from lower back pain, sciatica pain, and migraines, but also a pathway to wellness with chiropractic's natural, drug-free approach to healthcare.

How can chiropractors at The Joint Chiropractic in Dallas help you?

Whether you have seen a chiropractor in the past or are seeking a local chiropractor near you for the first time, expect your visit to The Joint Chiropractic - Oak Cliff to be different from any healthcare experience you've had before. Perhaps even life-changing.

Here are a few reasons why The Joint Chiropractic in Dallas is your perfect destination for pain relief and preventative care:

So whatever “symptoms” you or your family may be experiencing, visit our Dallas chiropractic office today to learn more about how you could improve your overall health and well-being. And remember, you never need an appointment to visit, so stop in when it is convenient for you. We look forward to seeing you soon!

Dr Michael Guernsey was born in Michigan and after starting high School, the Guernsey family moved to Sao Paulo, Brazil and he graduated from High School there. Moving back to Michigan after high school, he pursued a career in marketing/advertising and obtained an Associate’s degree in advertising design, a Bachelor’s in advertising and a Bachelors in marketing/business with the goal of working in an advertising agency. Oddly enough once there, and on one very particular day, he realized that he was not doing anything of any real, redeeming value for the world and thus began the search for something in a ‘helping/natural health profession.

As is often the case, life presents opportunities when we least expect them and often from the most unexpected sources. Such is the case with Dr Guernsey. Playing competitive and professional Frisbee/Disc Sports caused an injured shoulder from throwing. After 3 years of seeing multiple medical doctors with no relief from the chronic pain and disability, a chiropractor was the health professional that made the difference and after only 6-8 visits initially. He was so impressed with not only the results, but the professionalism, the exam process and the amazing philosophy of chiropractic that he entered Parker College of Chiropractic in 1989 and was the first class to start at the beautiful new campus on Walnut Hill Lane. There he was the editor of the year book, founded the Chiropractic Pediatrics group and worked with the founder of the school in Admissions.

Upon graduating from chiropractic school he had the honor of working with the Chiropractor that helped him heal from his shoulder injury. Later, in 2000 he started his own practice and sold it in 2016. Moving back to Dallas in 2019, and after much searching, he found the Joint Chiropractic and realized that the principles that were integral to the Joint were well matched with what he learned at Parker Chiropractic College. It was a very good fit.

On the more personal lifestyle side, he espouses and practices the benefits of having a 90% plant-based, natural diet along with targeted supplementation. He is an avid tennis player, does yoga/gym regularly, does long-distance cycling and is a part time musician/guitarist.

Dr. Shay Lindsey was born and raised in Irving, Texas and has lived in the Dallas area her whole life. She received her B.S. in Anatomy and Health & Wellness from Parker University. In April 2018, she obtained her Doctorate in Chiropractic also from Parker. Dr. Lindsey started at The Joint in 2019 where she works at several locations in the DFW area.

Growing up, Dr. Lindsey was a competitive gymnast for 12 years and was first introduced to chiropractic after an injury. This is when Dr. Lindsey found her passion for chiropractic and realized its benefits not only for acute and chronic issues but preventative care as well.

In her free time, Dr. Lindsey’s hobbies include hiking, reading, gardening and spending time with her pitties, Kevin and Charlie.

Stars Based on 12 Reviews

Read what our amazing chiropractic patients have to say about our chiropractors and care at The Joint Chiropractic - Oak Cliff in Dallas, TX

Get Ready for Fall With a Chiropractic Boost

By Sandy SchroederMost of us have plans as fall approaches. If you are ready to go, but often slowed down by muscle aches and joint pain, chiropractic can help. Regain your balance and keep your plans …

Pull It All Together With Chiropractic

By Sandy SchroederIt seems like there is a lot to do right now to pull all of the loose ends together. Everything is shifting and now's the time to make it better. If you can relate, you may be assessing …

Ways to Mix the Old and the New

By Sandy SchroederAs we move ahead and reach out to normal, it's easy to shelve much of the past year, but there may be some things to keep. As we stayed in, spent more time with our kids, and really …

By Sandy SchroederWhen life just seems to get more and more difficult, your body may pick up the vibes and respond with stiff joints and sore muscles. Most of us have endured a lot of down time with too …

Benefits of Having a Non-work Passion

By Paul RothbartDoing what you love. That's often proposed as the key to success and happiness. When your vocation is your passion, it's not even like working. Wonderful advice with more than a grain …

By Brandi Goodman Many everyday occurrences are cause for concern when it comes to our joints. You may not even realize the damage being done until significant pain is noticed. With some chiropractic …

By Emily LindholmI'll start by saying that I love coffee.  When my nutritionist told me to kick it to the curb, I looked at her like she asked me to remove my right foot.  The truth, I was relying …

How Familiar Grooves Help Us Roll Back Stress

By Sandy SchroederMost of us create familiar daily rituals or grooves automatically without realizing how much they do to keep us relaxed and content.When we run into stress at work, at home, or in our …

By Sandy SchroederIf you live with hip or knee pain you know how much it can slow you down. Regular home tasks, long walks or favorite sports can all be impacted, but chiropractic can help.When you come …

Activate Your Health With Chiropractic and Tai Chi

By Sandy SchroederIf you would like to give your health a smart uptick, this may be the time to try chiropractic and tai chi.More and more people are discovering chiropractic's overall ability to help …

By Sandy SchroederAs you move through your 30s or 40s, it's smart to protect your bones to avoid fractures and keep bones strong for the long haul. The more bone strength you generate now, the fewer problems …

By Amy SilvaChances are if you mention you have a muscle knot, people will relate. Muscle knots can be irritating and relentless. It can start with a small pain in a muscle from sitting too long or holding …

By Genevieve CunninghamWhen many people think about adding chiropractic care to their life, they consider doing it in order to get relief from back pain. This is the number one reason that people seek …

By Sandy SchroederAs the holidays spin ahead, most of us lose more and more sleep and fight exhaustion as we head for the New Year. If you can relate, there are some simple strategies that help.Researchers …

Make It All Work With Chiropractic and Push-Ups

By Sandy SchroederWe are all looking for the secret to survival during the holidays, but you may be ahead of the pack if you combine chiropractic support with great fitness basics like the push-up.The …

If You Sit a Lot, Let Chiropractic Help

By Sandy SchroederMost of us don't give our hips too much thought until they begin to trigger pain. The problem starts with sitting all day every day, which tends to lock up the hips. Over time, hips …

How to Reduce Pain While Driving

By Lana BandoimWhether you have a long commute to work or enjoy taking frequent drives, pain can become a problem in the car. From back pain to neck pain, driving can turn into a nightmare. However, there …

Keep Coming Back for Chiropractic Care

By Kate GardnerChiropractic care is growing in the U.S. Chiropractors help an estimated 35 million Americans each year, according to the American Chiropractic Association. Additionally, a Gallup poll …

When Your Tech Is a Pain In Your Neck

By Kate GardnerDoes this sound like you? Your shoulders are tight and your neck hurts, but you don't remember any injury that may have caused it. You wonder if maybe you slept funny last night but, come … 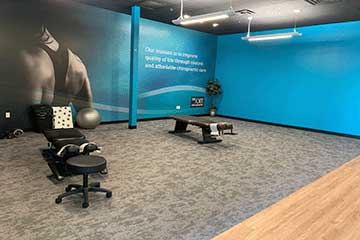 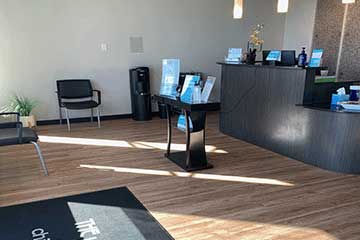 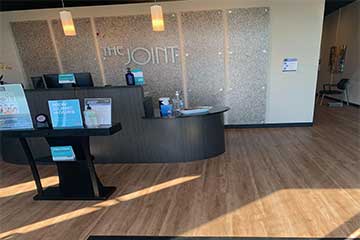 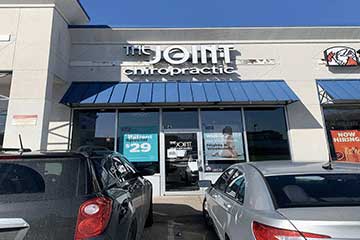 This clinic is owned and operated by PACE Joint Interests Oak Cliff, LLC