Welcome to The Joint Chiropractic - Walnut Creek! As your Walnut Creek chiropractor dedicated to family chiropractic and spine health, we invite you to join the millions of Americans who have not only found relief from lower back pain, sciatica pain, and migraines, but also a pathway to wellness with chiropractic's natural, drug-free approach to healthcare.

How can chiropractors at The Joint Chiropractic in Walnut Creek help you?

Whether you have seen a chiropractor in the past or are seeking a local chiropractor near you for the first time, expect your visit to The Joint Chiropractic - Walnut Creek to be different from any healthcare experience you've had before. Perhaps even life-changing.

Here are a few reasons why The Joint Chiropractic in Walnut Creek is your perfect destination for pain relief and preventative care:

So whatever “symptoms” you or your family may be experiencing, visit our Walnut Creek chiropractic office today to learn more about how you could improve your overall health and well-being. And remember, you never need an appointment to visit, so stop in when it is convenient for you. We look forward to seeing you soon!

Dr. Brandan J. Tong became part of The Joint Chiropractic’s team of local healthcare providers in 2021 when he began serving residents in the Bay Area, where he continues doing the work he finds so rewarding.

“The best thing about being a chiropractor is developing amazing relationships with people and watching their quality of life, for them and their families, improve,” he says. “It’s a joy feeling like I can have a positive influence in people’s lives.

“I enjoy being able to help people without any drugs or surgery. In my opinion, it is a much healthier way to take care of the body long-term.”

Dr. T, as his patients call him, was raised in Concord and worked previously in Castro Valley. He is married and, in his spare time, enjoys board games, hiking, and rock climbing. “It’s a great form of exercise and just all-around fun,” he says.

He earned his doctorate of chiropractic in 2017 from Life Chiropractic College West in Hayward after getting a bachelor’s degree in biology at Cal State Northridge.

“After finishing my undergraduate degree, I was looking for other opportunities to pay for graduate school,” he says. “I applied to work in a chiropractic office but didn’t make the cut. The chiropractor thought I would make a better chiropractor than an assistant. He told me to look into Life Chiropractic College West, which happened to be close to where I grew up and where my family lived. After touring the school and learning more about how the human body is self-healing, self-perpetuating, and adaptive, I had a peace in my heart that this is where I was supposed to be. I wanted to help many people but I didn’t want to wait until people were sick and suffering to do so.

“Through my years as a chiropractor I’ve learned that many people come to a chiropractor when they’ve exhausted all their options for help. They come to me having suffered longer than they needed to and without hope of getting better. When we explain how the body works with the nerve system the person begins to understand. And their first few visits they begin to see improvement and have hope again. My favorite part is when a person I care for is inspired for a better life with lots of hope.”

Dr. T says there are three things he always keeps stocked in his kitchen, rice, beans, and spinach: “They seem to be a core staple in many of my foods and they have great nutritional value as well.”

If he could bring together any four people from history for his ideal dinner party, Dr. T would include pastor/author John C. Maxwell, British Prime Minister Winston Churchill, Oprah Winfrey, and basketball legend Michael Jordan. “Maxwell would help me to be able to serve others better, and Churchill has been an inspiring figure to many leaders and been so influential in the world,” he says. “Oprah has done so much in her life and I want to know how she gets it all done. I’d like to learn Jordan’s work ethic and how he became the best at what he does.”

A book that has meant much to him is Extreme Ownership by Jocko Willink and Leif Babin: “This book helped me learn how I can take more responsibility for my life, and when I do, it feels empowering."

By Paul RothbartGood health is important to a happy, productive, and hopefully long life. Caring for the body is vital. It interacts with the world and moves you from place to place. It contains all the …

By Rachel ShouseThere are so many tasks that we all have to complete in a day. Our obligations will vary, but the struggle to make it through our to-do lists is something we do have in common. Understand …

Improve Your Life By Improving Focus

By Paul RothbartToday, more than ever, the world is filled with distractions. Social media, streaming content of all kinds, texts and video chats. So many things are vying for our attention, it can be …

A Clean Home and Your Mental Health

By Randi MorseAre you aware of how important your teeth are for your children? I have met a number of parents who don't believe that they need to worry about their children brushing their teeth. "They're …

Changing Your Attitude About Fitness

By Randi MorseWhen you think about the word "fitness," what do you think about? Me, I think about exercising, which isn't something that I've always been happy to do. I used to watch people jogging down …

By Randi MorseHas someone invented a time machine yet? Can somebody get on that, because there definitely are not enough hours during the day for me to get everything done that I need to do. I know a …

Should You Change Your Career?

By Randi MorseThey say that the grass always looks greener on the other side, and in no situation is this more true than careers. When we grow up we often have a very specific idea of what we want to …

Tips for Men to Keep The Spark Alive in Your Marriage

By Randi MorseMy husband and I have been together over 20 years. When I see that number written down I'll admit that I'm a little bit in shock. I know a number of my friends and classmates who have been …

Sticking to a Diet While on Vacation

By Randi Morse Traveling is at an all-time high during the holiday season. Vacationing and visiting with distant friends and relatives is definitely a perk of the holidays. While vacationing …

By Randi Morse If you're looking to decrease your risk of heart disease, look no further than trans fat. Most doctors considered trans fat to be the worst type of fat you can put in your body. …

Why You Need at Least 7 Hours of Sleep

By Stepy KameiYou hopefully know by now how important getting a good night's sleep is to your overall health and wellness. Even if you don't fully understand the science behind sleep, you at least know …

How a Little R&R Can Literally Change Your Life

By Genevieve CunninghamSo many of us need a little rest and relaxation. We work, work, work until we are spent and on the brink of utter exhaustion. For some reason, we put this very important part of …

How a Tech Addiction Can Hurt Your Health

By Alexis MillsLet's all be really honest with ourselves for a second and reflect on how much we use technology in a day. Imagine for a second what a day looks like for you without any technology. Is …

By Alexis MillsThere are constantly new health trends coming out and new products that can help you eat more nutritious food. Since the health industry is constantly creating and updating products, it …

By Alexis MillsIf you are feeling that your eyes are sore or strained, it could be from lack of sleep, reading in a dim environment, staring at digital devices for long periods, exposure to bright light, …

By Alexis MillsWhile many individuals do yoga mostly for its physical health benefits, it also brings many other benefits too. Researchers have explored the psychological benefits of yoga and it's rising …

How to Help Text Neck or Forward Head Posture

By Alexis MillsFor a society that is constantly in front of screens and consuming digital information, we are all at risk of getting what medical professionals have called text neck. So, what is it? Text …

How to Stay Healthy During the Holiday Season

By Alexis MillsThe holiday season is usually a time of indulgence and an endless to-do list that can easily get overwhelming for anyone. Attempting to rush to get everything done can cause us to put our … 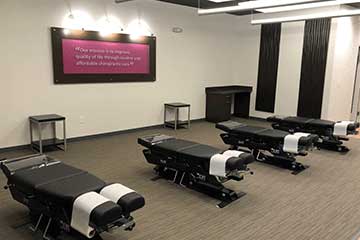 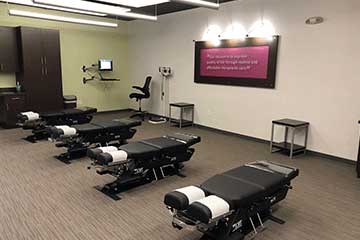 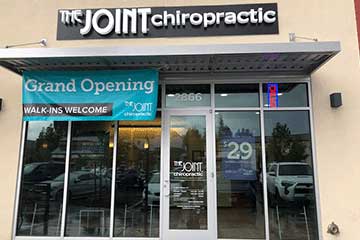 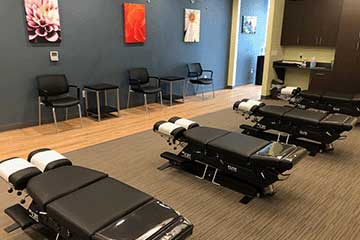 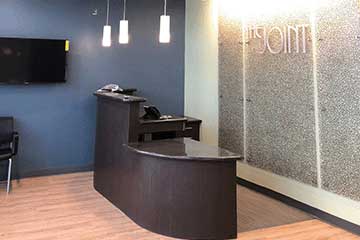 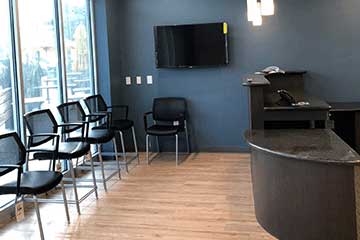 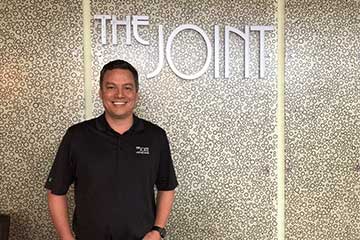 This clinic is owned and operated by Gilligan Chiropractic Corporation