Welcome to The Joint Chiropractic - Glade Parks! As your Euless chiropractor dedicated to family chiropractic and spine health, we invite you to join the millions of Americans who have not only found relief from lower back pain, sciatica pain, and migraines, but also a pathway to wellness with chiropractic's natural, drug-free approach to healthcare.

How can chiropractors at The Joint Chiropractic in Euless help you?

Whether you have seen a chiropractor in the past or are seeking a local chiropractor near you for the first time, expect your visit to The Joint Chiropractic - Glade Parks to be different from any healthcare experience you've had before. Perhaps even life-changing.

Here are a few reasons why The Joint Chiropractic in Euless is your perfect destination for pain relief and preventative care:

So whatever “symptoms” you or your family may be experiencing, visit our Euless chiropractic office today to learn more about how you could improve your overall health and well-being. And remember, you never need an appointment to visit, so stop in when it is convenient for you. We look forward to seeing you soon!

Dr. Proper has lived in Texas for 11 years. As a child, he was born in Fitchburg, MA. and his family moved to Geneva, OH. When he was 2 years old. He graduated High School at Geneva in 1979 and promptly went into the US Navy as a Hospital Corpsmen, specializing as a Radiologic Technologist. He left the Navy in 1985 as a married man with his one year old daughter, Jammie. He was a Cardiac Tech and Firefighter while living in Virginia Beach, VA. where he lived throughout his 6 years in the Navy and beyond. In 1988, Dr. Proper moved to Texas, with his daughter. While there, he attended college to take updated science courses to qualify for Chiropractic College. He also worked at Harris Methodist Hospital, in the Emergency Department, as an X-ray Technologist. In 1990, he began as a student at Parker University, called Parker Chiropractic College at the time. While a student, he was class President, President of his Fraternity and Vice President of S.I.C.A., a student Chiropractic Organization.

After graduation, 1993, Dr. Proper moved to Greenville, S.C. and opened a practice with a friend. He then moved to Massillon, OH. In 1994 and ran an office there until 1997 when he moved to Hermitage, PA. While in Hermitage, Dr. Proper was the Executive Director of a Multi-Disciplinary clinic, with Medical Doctors, Chiropractors, Massage Therapists, Physical Therapist, Dieticians, Ancillary Staff and support employees. This office treated over 600 patients per week for many years. He also maintained his Paramedic License and provided EMS services while living in Hermitage.

In 2002, Dr. Proper opened his own office, with his spouse and a friend, a Medical Doctor from Pittsburgh, who worked from Dr. Proper’s office, providing medical care to those patients needing additional treatment.

In 2007, Dr. Proper moved to Texas after the unfortunate passing of his wife. Since coming to DFW, he has held positions at Parker University teaching Emergency Care, Diversified, Gonstead, Full Spine Adjusting, Extremity Adjusting, Motion Palpation among others. He was Club Advisor for several clubs such as Neurology, Full Spine and others. He resigned from teaching in 2018.

Currently, he is the Clinic Director at The Joint at Glade Parks, while still maintaining his Paramedic License and he is C.P.R. Instructor. He is a partner in a private business that teaches C.P.R. to the general public. He is also the Owner of a Nutrition Company that provides nutrition services to those interested.

While providing services to the patients of The Joint, Dr. Proper uses Diversified, Thompson and Activator Technique, all techniques he taught while on staff at Parker University.

Dr. Kati Ozowski is a proud native Texan. Growing up in the DFW area she played a lot of soccer and volleyball, and loved watching hockey. Dr. Ozowski grew up in a household with a holistic mindset, and when she didn’t make the varsity volleyball team her junior year in high school she was excited to have the opportunity to work at a chiropractor’s office. While working she saw the amazing value that chiropractic had on the people that walked through the doors and decided then that is what she wanted to do. Dr. Ozowski graduated with her Doctor of Chiropractic degree at Parker University in April 2013, at 24 years old, along with her Bachelors in Anatomy and Bachelors in Health & Wellness.

Dr. Ozowski has spent time working for a Clinical Kinesiology doctor in Pennsylvania and for Functional Medicine and Sports Chiropractors in Wichita, Kansas. While in Kansas she had the wonderful opportunity to be one of the team chiropractors for the semi-pro FC Wichita men & women’s soccer team.

Dr. Ozowski is passionate about education, living a healthy lifestyle, and keeping a positive outlook on life. Her and her husband love their 4-legged dog, Raina, and she loves essential oils, reading, and Harry Potter.

My name is Dr. Gabriel Dela Rosa, I grew up in Norman, Oklahoma home of the Sooners. I grew loving sports and competing in martial arts, crossfit, and powerlifting. Some of my hobbies include competing in nerdy card games such as digimon and pokemon! When I’m not trying to catch them all or dueling, I like to cook for and spend time with my wonderful wife.

I graduated with a B.S. in Health & Exercise Sciences in 2017 from the University of Oklahoma. I then went on to receive my Doctorate of Chiropractic in 2020 from Parker University.

What I love most about chiropractic is the opportunity to care for and help people progress along their health journey.

Dr. Ward is an exceptionally skilled chiropractor with 22 years' experience in the field. He has a strong commitment to providing high-quality care for patients of all ages. He is a reliable chiropractor who is willing to go the extra mile to ensure patients and co-workers alike are satisfied and comfortable. Routinely receives ongoing education to keep abreast of new developments in chiropractic care.

Dr. Ward grew up in Mineral Wells, Texas. He graduated from Texas Tech University in 1997 with a degree in Biology. He continued his studies at Parker College and earned his Doctor of Chiropractic and a degree in Anatomy in 2000.

Dr. Ward successfully owned and operated Ward Chiropractic for 18 years before selling his practice and joining The Joint. During his career he has assisted many patients in the healing process and assisted his patients in living a healthy lifestyle. He specializes in Diversified, Thompson, and Activator Technique.

Dr. Ward lives in DFW with his wife and two sons. He enjoys spending time with his family, sports, and time on the lake.

Dr. Landry Alexander, who goes by Dr. Landry, joined The Joint in 2022. Dr. Landry received his Doctorate of Chiropractic from Parker University in 2021. He also received a Masters in Strength and Human Performance. According to Dr. Landry, “the best thing about being a chiropractor is seeing immediate results and the positive impact made on people’s day”. “The second best thing about being a chiropractor is that activity I personally get to experience. I love being active and this career offers just that.” He has previously worked in Dallas, Hurst, and Euless. Dr. Landry was raised in Mt. Vernon, Texas (East Texas). His hobbies include resistance training, hiking, water sports such as kayaking, paddleboarding, and skiing, golfing, and traveling. He is married to Lauren. “I realized chiropractic was my calling when I realized the potential to change people’s lives through proactive health care.” “Alliance Town Center provides a personal and relaxed environment that truly listens to the patient and makes every effort to resolve their complaint.” The one thing he must have in his fridge is milk: “its great to drink, used in many dishes, and excellent to maintain strong bones with all that adjusting”. Four “famous” people, living or dead (but not friends/family members), who would comprise his perfect dinner party, would be: Nicola Tesla, Alan Watts, John Jacob Astor IV, and Paul Stamets. The coolest thing he’s ever done was he backpacked across Europe. “I had the privilege to experience many different cultures and diverse populations. Through this experience I learned to appreciate many perspectives and living styles and relearned to value the blessings and opportunities America has to offer.”

Stars Based on 41 Reviews

Read what our amazing chiropractic patients have to say about our chiropractors and care at The Joint Chiropractic - Glade Parks in Euless, TX 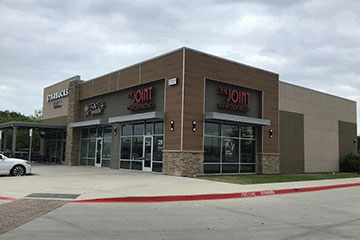 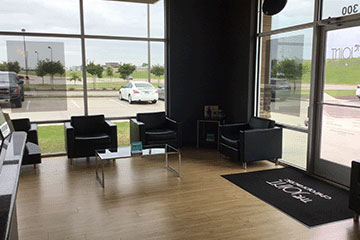 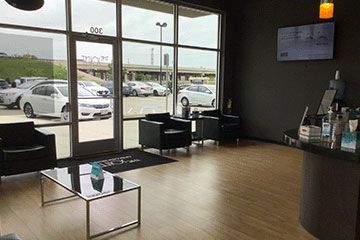 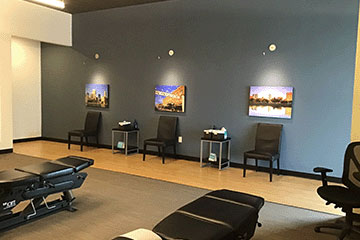 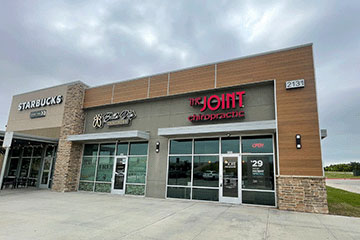 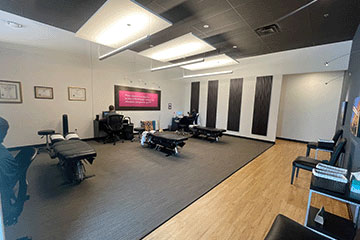 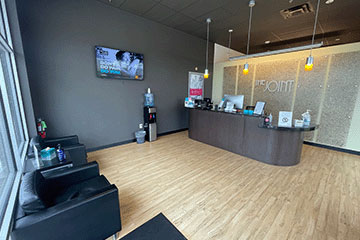 This clinic is owned and operated by PACE Joint Interests, Glade Parks L.L.C.