The Joint Chiropractic - 9th and Colorado

Due to Colorado's Public Health Order, we are unable to accept walk-in visits and require appointments to be made prior to treatment. Same day appointments can be made by calling or stopping in to schedule your next visit.

See all 2 locations in Denver, CO

Welcome to The Joint Chiropractic - 9th and Colorado! As your Denver chiropractor dedicated to family chiropractic and spine health, we invite you to join the millions of Americans who have not only found relief from lower back pain, sciatica pain, and migraines, but also a pathway to wellness with chiropractic's natural, drug-free approach to healthcare.

How can chiropractors at The Joint Chiropractic in Denver help you?

Whether you have seen a chiropractor in the past or are seeking a local chiropractor near you for the first time, expect your visit to The Joint Chiropractic - 9th and Colorado to be different from any healthcare experience you've had before. Perhaps even life-changing.

Here are a few reasons why The Joint Chiropractic in Denver is your perfect destination for pain relief and preventative care:

So whatever “symptoms” you or your family may be experiencing, visit our Denver chiropractic office today to learn more about how you could improve your overall health and well-being. And remember, you never need an appointment to visit, so stop in when it is convenient for you. We look forward to seeing you soon!

Dr. Courtney Rose first experienced the value of chiropractic care following a car accident that left her with debilitating migraines. Prior to receiving chiropractic care she visited countless doctors and was prescribed a wide range of medications including pain killers. Dr. Courtney comes from a medical based family, but she became desperate and helpless for a solution for her migraines. She realized she could no longer continue down the path she was on and she decided to give chiropractic a chance. Her life was completely transformed as she no longer experienced migraines and was free from her dependency of medications. It was only natural that her personal experiences with chiropractic care inspired a career in the field to further educate and serve others.

Dr. Courtney moved to Colorado from Florida. She holds a Doctor of Chiropractic degree, which she earned from Life University College of Chiropractic in Marietta, Georgia. Prior to attending chiropractic school, she earned her Bachelor’s degree in Exercise Science and Health Promotion from Florida Atlantic University (FAU). She was a member of the FAU cheerleading team after being a competitive cheerleader for over 10 years. In addition to her health transformation, Dr. Courtney also noticed that chiropractic care improved her performance as an athlete.

For many years, Dr. Courtney coached preschool-aged children in gymnastics. Her passion to help children continued to grow when she went to chiropractic school and learned the benefits of chiropractic care for expectant moms, infants and children. She is currently a member of the International Chiropractic Pediatric Association (ICPA) and is one of a select few doctors that are certified in Webster Technique. The Webster Technique represents her knowledge and skills in chiropractic care that is particularly helpful in restoring balance to the pelvis during pregnancy.  She is currently pursuing advanced training in pediatrics and pregnancy and will earn her CACCP (Certification from the Academy of Chiropractic Council of Pediatrics).

Outside of the office, Dr. Courtney loves spending time with her dogs and enjoys staying active, being outdoors, as well as yoga, working out, and camping.

Dr. Miriam graduated from Northwestern Health Sciences University in 1999. She went to chiropractic school because she always loved the sciences and had a passion for learning how the body functions. She always pictured herself in the healing field and has been in practice for over 20 years.

On her free time she plays as much golf as she can and spends time with her 3 chihuahuas and her handsome cat. She also enjoys playing cards, especially poker, and her favorite season is NFL season.

Read what our amazing chiropractic patients have to say about our chiropractors and care at The Joint Chiropractic - 9th and Colorado in Denver, CO

By Amy SilvaMany stomach sleepers have been sleeping in the same position for such a long time that no other position feels comfortable. Sleeping on the stomach is the worst position for your spine because …

8 Tips to Get Your Child to Drink More Water

By Donna Kostiew Prior to being a parent, I never really considered the importance of drinking water. Sure, I would have some during the day, after a workout, with my meals sometimes, but it wasn’t …

Face the Facts: Chiropractic Care Can Help Your Acne

By Donna Kostiew Let’s face it. Acne is the worst. Not only can it be incredibly painful, but it’s so hard to keep your spirits up during a bad breakout. You think everyone is staring at your …

Why You Should Never Ignore the Core

By Genevieve Cunningham When you picture a fit person in your head, what do you see? Though the image can definitely differ from person to person, one thing is likely similar among all images. When you …

Take Before and After Photos

By Haley DePass If you are on social media, you might have noticed a lot of your online friends posting about their weight loss journey. They may be posting pictures of their food, themselves on a hike, …

By Michael Cole The inflammatory process in the body is its natural reaction when healing needs to happen, especially if there has been trauma. The problem is that sometimes our bodies become too eager …

By Michael Cole Research looking into how cheering affects the performance and outcomes of competing teams at sporting events shows some interesting results.  The impetus for the study was based …

How a Chiropractic Adjustment Works

By Michael Cole The whole premise of chiropractic therapy rests upon the idea that when bones are displaced from their natural positions, particularly those in the spine, they push against nerves and …

3 Reasons to Start Seeing a Chiropractor

By Virginia Laird Chiropractic care is a growing platform of health care. Many people like it for the holistic care it provides. Recent studies have proven that chiropractic care can offer lasting benefits …

Chiropractic Care: What You Need to Know

By Virginia Laird Finding a healthcare professional that can meet all your needs can be difficult. It is important, when on the hunt for the right one, to find one who can help you keep your health at …

Your Bag and Your Back: 5 Tips to Prevent Pain

By Virginia Laird Many people find it necessary to carry a bag or a purse daily. Were you aware that carrying a bag can put stress and strain on the spine? There is no reason to begin leaving it at home, …

Smart Ways to Walk Off Stress

By Sandy Schroeder Everybody knows walking is super effective and super flexible, easily fitting into our schedules, locations and times. But one of its biggest assets may be the one you take for granted …

By Genevieve Cunningham Most people already know that a chiropractor can help with back pain. This is what chiropractors are known for, and with the success rate of eliminating this pain, it’s for …

By Sandy Schroeder Make this the winter to stay healthy, skipping colds, flu, and coughs. Prevention.com tells us we can do it with a little planning. Use your head and follow these tips as a base …

How to Ease Neck Pain at Night

By Genevieve Cunningham No one likes to wake up in the morning with a stiff neck. Unfortunately, this happens to everyone at one point or another. Nightly neck pain is actually a fairly common phenomenon. …

How Healthy is Your Relationship with Food?

By Sara Butler Some relationships are healthy and some are not, and that includes relationships with inanimate objects! How healthy your relationship is with food can directly impact the quality of your …

A Chiropractor is More Than Just a Back Cracker

By Donna Kostiew Though we all love it, and it feels so good, seeing a chiropractor isn’t just about getting your back cracked. In fact, there are many different reasons why millions of patients …

Smart Ways to Track Your Family's Health and Wellness

By Sandy Schroeder Where does health and wellness begin at your house? Many parents say that it begins with a lot of sharing and caring every day, which keeps everyone happy and healthy. When that happens, …

Looking for a New Health and Wellness Base? Try Chiropractic

By Sandy Schroeder Would you love to find an ongoing health and wellness center that you could turn to whenever you needed it? One where you could schedule weekly maintenance sessions to monitor your …

What to Know about Headaches - What to Do

By Sandy Schroeder Headaches can create pain, and worry as you wonder if something else is wrong. Minor headaches make up 95 percent of the primary headaches caused by tension, migraine or cluster headaches. … 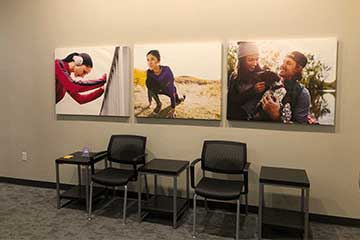 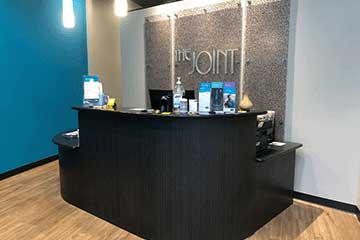 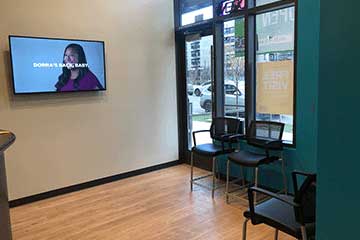 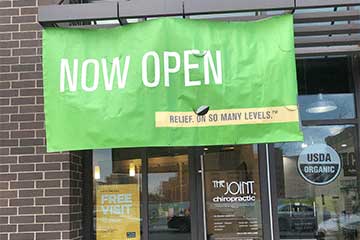 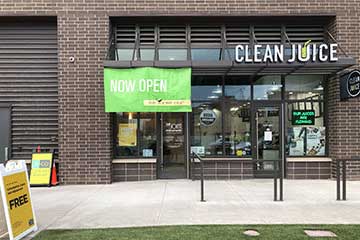 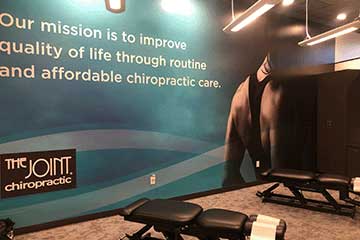 Need Sleep? How to Find The Perfect Pregnancy Pillow

How to Decrease Anxiety in High Anxiety Times, Part 2

By Dr. Molly Casey Anxiety is the feeling of unease and it is experienced differently for different …

Why Americans Are So Stressed Out

By Sara Butler People often think back to times when things seemed simpler. Mayberry comes to mind with …

The best pillows for every type of sleeper

Original article published by CNN.com, August 14, 2020 on CNN.com By Tanya Edwards Getting a good night’s …

The Joint Gives Over $1.7 Million Worth of Free Chiropractic Care