The Joint Chiropractic - Fort Worth, Texas

Welcome to The Joint Chiropractic - Chisholm Trail Ranch! As your Fort Worth chiropractor dedicated to family chiropractic and spine health, we invite you to join the millions of Americans who have not only found relief from lower back pain, sciatica pain, and migraines, but also a pathway to wellness with chiropractic's natural, drug-free approach to healthcare.

How can chiropractors at The Joint Chiropractic in Fort Worth help you?

Whether you have seen a chiropractor in the past or are seeking a local chiropractor near you for the first time, expect your visit to The Joint Chiropractic - Chisholm Trail Ranch to be different from any healthcare experience you've had before. Perhaps even life-changing.

Here are a few reasons why The Joint Chiropractic in Fort Worth is your perfect destination for pain relief and preventative care:

So whatever “symptoms” you or your family may be experiencing, visit our Fort Worth chiropractic office today to learn more about how you could improve your overall health and well-being. And remember, you never need an appointment to visit, so stop in when it is convenient for you. We look forward to seeing you soon!

Dr. Troy Murray joined The Joint Chiropractic’s family of healthcare providers in 2014, and became the local chiropractor for Mansfield in 2019. A graduate of Cooke County Junior College who studied anatomy and physiology, Dr. Murray earned his doctorate from Texas Chiropractic College and has more than 30 years of experience working with patients of all ages.

“The thing I like best about being in the chiropractic field is the instant gratification of patients feeling much better after their adjustments,” he says. “The other thing I love is providing drug-free relief and correction.”

Prior to working in Mansfield, Dr. Murray served Texas residents of Gainesville, Iowa Park, Burkburnett, Henrietta, and Fort Worth.

“My dad was in the United States Air Force, so I was a military brat growing up,” he says. “I lived mostly in Texas but I did live for some time in Bermuda, Taiwan, and Italy, where my dad was stationed.”

Dr. Murray enjoys playing golf but never gets to the course enough for his liking, so he mostly watches sports. He has three daughters and three sons, most of them already out of the house. His family also includes three dogs, a Labrador and border collie mix, a West Highland white terrier, and a mixed terrier.

He knew chiropractic was his calling based on some first-hand experience. “I started having headaches and neck pain at 19 years old,” he says. “Mother took me to a chiropractor and I got headache relief within a few days. I fell in love with the whole relief aspect without medication.”

The one thing Dr. Murray always keeps in his refrigerator, he says, “is cheese and pepperoni because they go great with wine.”

Dr. Murray says that if he could invite any four people from history to his dream dinner party, he would actually send out only three invitations. “I would include Jesus so that I could experience his way of communicating with all kinds of different people like he did,” he says. “Dirk Nowitski of the Dallas Mavericks because everyone says he is so very humble. Also, DD Palmer, the founder of chiropractic care so that I could see how he worked with patients. As far as additional people, I would love to visit with anyone these three people would invite to join us.”

He says the coolest thing he has ever done was very hands-on: “I treated over 100 patients in a day and saw chiropractic benefit so many people that day!”

Dr. Tommy Hamiter joined the family of local healthcare providers at The Joint Chiropractic in 2020 with his arrival at the Chisholm Trail clinic location. Dr. H, as he prefers to be called, is a product of Texas A&M, where he got his bachelor’s degree in agricultural communications before going on to Parker University to get his doctorate of chiropractic.

“The thing I like most about being in the chiropractic field is the sense of gratification that comes from being the first health professional to provide relief from pain to someone who has tried everything,” he says. “The other thing I like is that my patients are glad to see me.”

Raised in Navarro County, he worked in Weatherford and, before returning to Texas, University Place, Wash. “I like the location here and the atmosphere is energetic and conducive to good health,” Dr. H says of working at the Chisholm Trail clinic.

He and his math teacher wife Diane have two children, a daughter in nursing and a son in engineering. They also have a dog and cat. In his spare time, Dr. H enjoys exercising, landscaping, and cooking, as well as playing guitar and tinkering with his hot rod.

His first-hand experience led him into chiropractic, and he knew it was his calling: “I had a back injury while lifting weights,” he says. “Nothing helped until I went to see a chiropractor.”

Dr. H says the one thing he always keeps stocked in his refrigerator is bacon: “It’s not just for breakfast anymore.”

If he could bring together any four people from history to comprise his ideal dinner party, he would send invitations to some iconic figures, President Theodore Roosevelt, singer Johnny Cash, naturalist/biologist Charles Darwin, and boxer Muhammad Ali. “Each of these is a pioneer in his field who inspired others or stirred controversy that continues to this date,” he says.

All in all, Dr. H thinks he has it pretty good. “I got married and had two awesome kids, which is the coolest thing I’ve ever done,” he says. “I live to be with my family and I can’t imagine a life without feeling that way.”

Read what our amazing chiropractic patients have to say about our chiropractors and care at The Joint Chiropractic - Chisholm Trail Ranch in Fort Worth, TX

Chiropractic Care Relieves Arthritis Pain!
By Donna StarkAre you struggling with joint pain? Living with arthritis is definitely not an easy road to travel because the pain and stiffness of your joints can wreak havoc on every aspect of your life. …
Dealing With Pain Caused by Technology
By Paul RothbartWhere would we be without our technology? Computers, tablets, and the ubiquitous cell phone. Instantaneous communication through email, text, voice, or video. Plus a camera, internet access, …
Planning to Relax? Get Adjusted First!
By Donna StarkYou've spring cleaned the heck out of your home and got your back yard and garden in order, so now you are looking forward to giving your body a break before the next busy school year starts …
Advantages of Chiropractic Care for Low-Back Pain
By Emily LindholmLow-back pain is one of the top reasons people visit the doctor, being the fifth-most common reason for all physician visits in the United States.  Low back pain can severely interfere …
Can Chiropractic Help Osteoporosis?
By Paul RothbartStructure is important to many things, both living and inanimate. In humans, our skeleton is the structure. It gives us our shape and supports every other tissue in the body. It's pretty …
Well-Being on the Rocks? Follow 3 Chiropractic Tips
By Brandi Goodman Your own well-being should be at the center of your attention. And yet, so few people actually take the time to consider what's best for both their mental and physical health. If your …
How Chiropractic Can Help Treat Inflammation
By Lexi HerrinChiropractic is a type of treatment that can treat several different things. One of the things that it can help treat is chronic inflammation. It can treat several things without the use …
When Should Children Visit a Chiropractor?
By Janin HendryVisiting a chiropractor can be a relief for adults but a scary situation for a child. The benefits of visiting a chiropractor for a child outweigh the fear. A chiropractor can help your …
A Few Things That Chiropractic Can Treat
By Lexi HerrinChiropractors treat a variety of things every day. Some of the more common treatments include back and neck adjustments, joint adjustments, and adjustments that may decrease headaches. These …
What You Need to Know About Chiropractic
By Genevieve CunninghamKnowledge is power. This isn't a new concept -- it dates back to Sir Francis Bacon in 1597 -- but as we get older, it takes on new meaning and context. It's no longer just about … 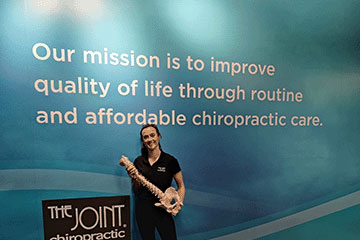 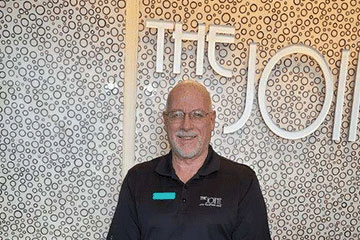 This clinic is owned and operated by TX Chiro 4

Next Gen Zen: Teaching Your Kids Meditation to Improve Their Health
By Martha Michael Like a lot of experiences as a parent, your actions and words can come back to haunt …
Part 1: What You Need to Know About Concussions and Symptoms
By Dr. Molly Casey Movement is life. Activity is an inherent part of health. The benefits of being active …
The Importance of Reading: Why It Matters and Why It’s Healthy
By Martha Michael You don’t need to quote Shakespeare to be a reader. It may be true that video content …